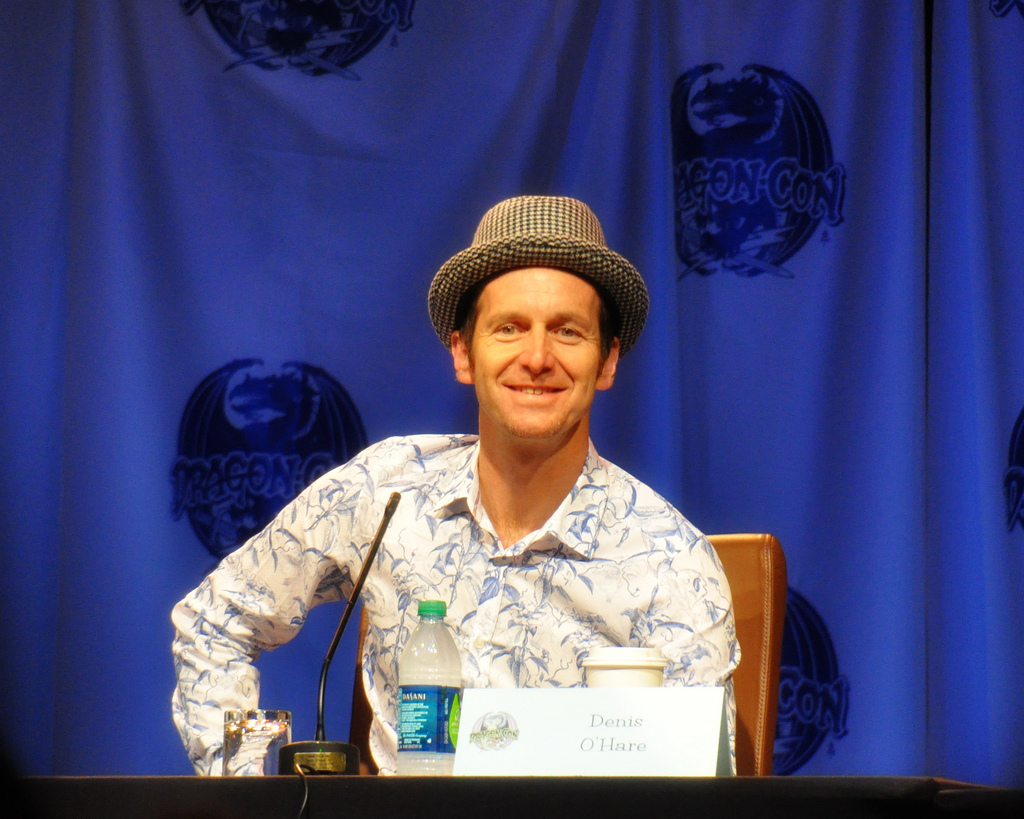 Denis O’Hare always plays oddball characters on American Horror Story. Well, the program doesn’t really show “normal” characters but O’Hare is always given roles a notch weirder compared to the other actors. On the show’s first season, Murder House, he played Larry Harvey, burn victim, aspiring actor, mental case, stalker, and murderer. On season 3, Coven, he played Spaulding, a mute butler who collected dolls, not so bad isn’t it? But O’Hare’s Coven character also dressed like a doll and kept a corpse in his attic as part of his collection.

Speaking of dolls, O’Hare admitted to Vulture that he” loved Spaulding … and his dolls,” he told the media website at the opening of Of Mice and Men on Broadway. “I kept one. A little one. I can’t talk about it. I think Ryan [Murphy] would let me go, for that.”

Co-creator Ryan Murphy and his crew are tight lipped on what’s about to happen on Freak Show, but O’Hare was willing to dish out a couple of tidbits about next season, his character, and his scenes with the great Jessica Lange. “I’m going to be working at cross-purposes with her [Lange]. We’re going to be like this,” he said, crossing his fingers. “We’ll have lots of scenes with each other, but we’ll be battling.”

O’Hare added that his character will be present in 10 episodes, unlike Spaulding who we didn’t see that much in Coven. Although he wouldn’t give spoilers, O’Hare said that he will not be playing a freak but a collector of freaks.

A collector again, but not of dolls this time. Is he being typecast? Or does the role just suit him? Anyway, at least he’ll be back for season 4, which we are all highly anticipating. So far, everything that I’ve heard about the future season is great. Just in case you need a refresher, Freak Show will be set in Jupiter, Florida in the 1950s. There will be two timelines, one in the 50s and the other one isn’t revealed yet. According to Lange, it will be her last season, but Murphy says that she says that every season and he will do everything he could to keep the legendary actress on the show.

Sadly, fan favorites Taissa Farmiga and Lily Rabe will not be returning for the fourth season. Farmiga is busy with her movie called Final Girls with the beautiful Malin Ackerman. Rabe is also doing a micro-budget horror film called The Veil and a pilot from Stephen Spielberg called The Visitors.

Even though Rabe and Farmiga will not be coming back, old favorites will be present for the next season. Aside from O’Hare and Lange, Angela Bassett, Kathy Bates, Sarah Paulson, Emma Roberts, Evan Peters, and Frances Conroy, will be back for Freak Show. Michael Chiklis has also been added to the already amazing cast.

Lange will be playing a Marlene Dietrich type of character and she’s already practicing her German accent. She will be the ring leader of the band of freaks and it might include Paulson who has teased that she is practicing a skill that she will be doing next season.

Exciting right? I can’t wait for the next season to start!