While we are all on a break from this amazing show, I can’t help but miss the tormenting headless terrorizer running around, chasing the handsome, ancient fellow and his ruthless crime-fighting partner.

With the mind-blasting Season 1 finale and the astounding revelations, the show’s second season becomes ten folds more desirable, making the wait almost unbearable. So, let’s simply discuss more about the show’s history and about what is coming up on the desperately awaited Season 2. 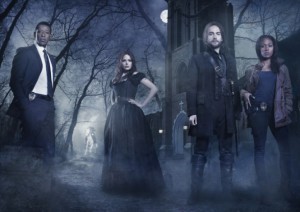 What more is coming your way in season 2, you ask?

So, there will be a lot more evil running around Sleepy Hollow. If you think you’ve had enough of horsemen, demon’s minions, witches, the Sandman, the Golem, scarecrows, hessians and Moloch, the show isn’t even nearly close to done.

Apparently the creative heads of the show are hoping to bring forth an opponent to counter strike the headless horseman’s attacks. They are about to introduce a character who is strong enough to battle the horseman and is actually in possession of the horseman’s skull. 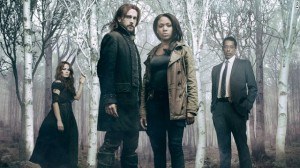 Is your favorite character at the verge of fading away?

Well, to state the best news, John Noble (Jeremy. Henry Parish) and Lyndie Greenwood (Jennifer Mills) have been promoted to season regulars. So, no worries there. Interestingly, Abbie and Ichabod will not suffer their miseries for too long and will be freed from their current captivities early in the show.

With the law getting trapped in the hands of the law, that is, with Irving behind bars, there will be another influential character in charge of the town’s law and order. Rumor has it that he might not be as accommodating with Ichabod and Abbie as the Captain had been.

John Cho (Andy) is all up for appearing on the upcoming season of sleepy hollow and we are guessing he will be. After all, how long can he keep away from Abbie Mills? 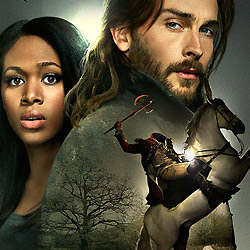 It has been stated by executive producer, Alex Kurtzman, that, “The deliciousness of knowing where we were going at the end, [the] waiting and watching the fan reactions…We were totally convinced people were going to know halfway through the season what was going on.” Apparently, the clues are hidden right underneath our noses. So, each and everyone is under suspicion of turning out to be a top notch demonic character! How’s that for keeping us on our toes?

It is likely that in season 2, Ichabod will be torn between opposing the second horseman of the apocalypse and letting his fatherly affection surface for Jeremy. That is not a dilemma solved easily but we’re hoping for it to end with some kind of realization on Jeremy’s part and some real family moments that Ichabod so desperately craves.  We do not know how long Katrina is going to stay but I, personally, am praying that she extends her visit and we get to see some present-day-Ichabod-Katrina romance. However, Katrina extending her visit might extend Abbie’s stay in the purgatory, the likelihood of which is thin. So, let’s just keep our fingers crossed and hope that the show continues its history of blowing our minds in season 2 as well!