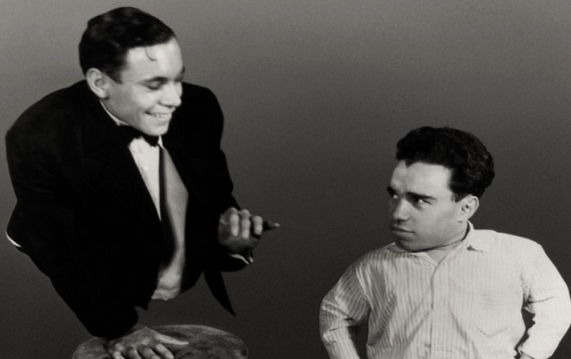 Now that we know the title of the next season of American Horror Story, the speculation about what it’s called can now end. The good thing is we can now guess what’s going to happen. Co-creator Ryan Murphy has given a few clues here and there on what to expect next season. Jessica Lange will be playing a German expat running one of the last remaining American Freak Shows in Jupiter, Florida in the 1950s. She will be joined by former AHS actors and actresses like Frances Conroy, Sarah Paulson, Evan Peters, Angela Bassett, and Kathy Bates. Emma Roberts and Denis O’Hare may also come back.

Aside from what Murphy has given us, we can also look back at history to guess what they will be doing next. Robert Bogdan, professor emeritus at Syracuse University shares what he knows and it might give us some hints on what’s in store for Freak Show.

Jupiter, Florida wasn’t known for freak shows, but 3 hours from it is a place called However, Gibsonton, Florida which is a hotspot for “unusuals”. “That’s where a lot of circus people and carnival people spent the winter,” Bogdan explains. “There was a disproportionate number of people who were in sideshows or freak shows there. Some of them ran motels and fishing stores so it’s kind of a famous area for carny and circus people in Florida.”

Bogdan says that Lange as the manager is strange because there almost all of them were male. He also says that he has never encountered a female German manager in his research.

There were two types of freaks according to the professor. “There were novelty acts like sword swallowers and putting pins through your arms – things like that,” he says. “‘Self-made freaks’ were tattooed people and people who had done things to make their bodies unusual. And ‘born freaks’ were people with physical anomalies.”

It is true that in the 1950s, the side show industry was in decline, but many of them were still travelling around the country. One of them was attached to the Ringling Brothers and Barnum & Bailey Circus and Ward’s sideshow which still operates to this day under the name of World of Wonders Sideshow. You can check out their Facebook page right here.

The Freak Show expert also says that it was harder to find side shows in the 1950s because as time went by, it became politically incorrect to gawk and marvel at people with disabilities. “One of the reasons they declined is that at least with the ‘born freaks,’ the medical profession took over and these people became labeled as sick,” he says. “They were defined as being freaks before but then became cases to be looked at through a professional lens, not as a public display. Gradually, it became less favorable to see them.” Bogdan still remembers back in the 1950s when the Ringling Bros. performed in Madision Square Garden. “It was in the basement and my mother told me, ‘Don’t go in there,’” he says. “By then it was seen as really seedy. And then [Ringling Bros.] dropped it.”