How I Met Your Mother- The Ultimate Post Mortem

HIMYM: The Love, The Hate and The In-Betweens 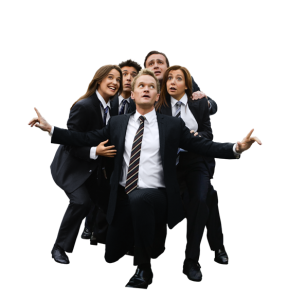 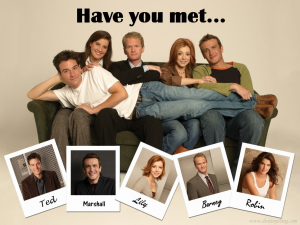 I had no plans of creating an account of my thoughts on the legendary show of How I Met Your Mother but let’s just say I was driven by certain factors. Firstly, I’ve already read a number of reviews of the show’s finale episode and they were almost, entirely negative. Before I start spreading my comments on the show and its finale, I think it’s safe to say that this was one of the best and most legendary comedy entertainers ever to appear on television. Now, for whoever did not yet catch the infamous finale to the show might as well watch out for some major spoilers coming ahead. 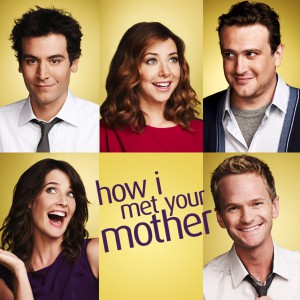 I have been a diehard fan of the show ever since I started watching it and I can proudly claim to have watched every single episode of this epic show. Having said that, I am not particularly proud of the show’s ending either. But the finale episode is not only to blame for that, it is the entire season 9 along with a bit from its preceding seasons. The show started off to an amazing start and at one point this show really was my drug! The stars were perfect, the plot was so cool and each episode had its own charm. I love this show so much that I feel like the ending really did injustice to the stars of the show and not to mention, it’s loyal fans!

My first problem is with Season 9 in particular. Of course, the writers know the best and they have to certainly have to put in a lot of effort to keep up with standards of such a fun-filled epic show. But really, where were the puns and where was the drama in season 9 that HIMYM was exceptionally remarkable for? It’s like we had to drag ourselves entirely through the last season, hoping that the precise amount of humor and entertainment was round the corner, but it ceased to unveil itself. I was expecting, against all odds, that the finale episode will make up for the discrepancies we had to endure throughout the rough episodes, but alas! I won’t simply reject the finale wholly and move on; respect the show way too much for that. I’ll tell you where I believe the finale, more like the show, went wrong. 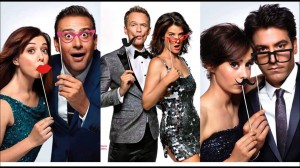 Starting with the mother, because we have seen the least of her. Moment the show revealed her on the last episode of season 8, we were all throwing out comments about her. And so far as I can recall, most of the ones I read were quite adverse. Honestly, it was too soon to judge the mother by a single glimpse. I can understand some people might have expected the titular character of the show to be breathtakingly beautiful of something, considering that we have waited to see her for 8 long seasons. 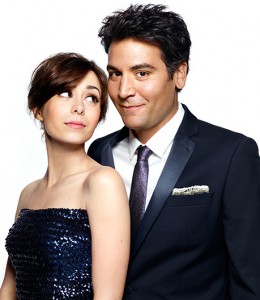 But of course, let’s make one thing crystal clear, the purpose for watching the show wasn’t to discover who the mother is, it was to watch Ted, Barney, Robin, Lily and Marshall as they go. Their hilarious stories and fun outlook towards life is what made the show worth its while. The mother was an important factor too though, and I’ll give full points to the actor Tracy McConnell for the way she served her character. She was fun, loving, caring, trusting, loyal and pretty, all the qualities Ted needed in woman to settle down with. But what did the show do to the long-awaited mother? They killed her off, within the time of a single episode. Clearly, Ted reaches out to Robin 6 years after he loses his wife but we did have to swallow all that within a few minutes’ time frame. What was meant to be a bucket full of surprises, soon turned into destructive bombs of information dropping upon us. It was an irrevocable damage done to the show’s finale, disrupting its likelihood of leaving an everlasting impact upon its fans. 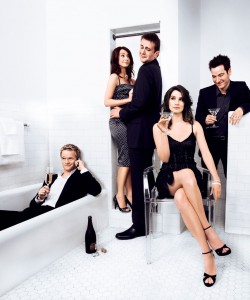 Now, moving to my favorite part of the show, Barney Stinson! The character was legendary from every aspect and never gave away the slightest opportunity of being awesome! I even admired the selfishness and ruthlessness of the character, we all did, because that is what goes into the makings of this fantastic role of Barney Stinson. But lately we saw him grow. The childish, impatient Barney, evolved as a person, which is what we were hoping to see in the man. It made us feel that when the wrong guy finds their right girl, even a Barney Stinson falls in never ending love. It was still tolerable to see that Barney and Robin had issues for which they had to undergo the separation but Barney going back to the exact same lying, tricking, womanizing pervert is just more than I could bear. Barney having child was quite a soothing twist but again it was all going too quick to adopt and we did not even gain the privilege of witnessing No.31’s face. It was all very unfulfilling and unsatisfying and we expect anything but that from the legendary Barney Stinson (pun intended). 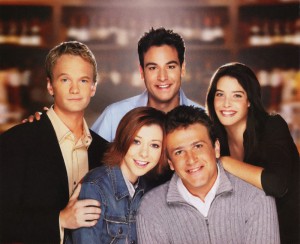 Marshall and Lily were going through a big decision in life about moving to Rome and having not one but two more children in season 9 alone. So, that was all good there but the couple’s life has always been so interesting and romantic that I, personally, wanted to see how their lives would be with the children or so. The season could easily contain certain flash forwards with little Marshall and Lily babies, inhering some of their parents’ characteristics and how the Marshmallow and Lily-pad dealt with all of it. There was just so much to throw in and so much more drama could’ve been added to spice things up. 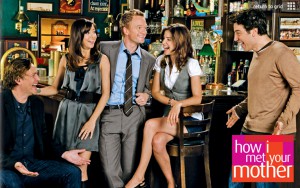 Keeping everything else aside, let’s talk about, arguably, the biggest problem of the ending. ‘The Robin Factor’! Well, we absolutely love Robin! She’s beautiful, independent, smart, funny and strong. But how does the show justify making it all about Robin? She rejected Ted, overlooked it even when she felt that he had feelings towards her and seemed to be totally in love with Barney. She seemed so sure of her feelings that she doesn’t even give Ted a chance even though he lets all his relationships end in smoke for Robin and something tells me, the reason Ted actually was able to successfully commit to someone else was because he knew that he had lost Robin forever, now that she was married to Barney. We all remember the sweet and just romantic moments Robin and Barney shared off and on and especially in season 8, when their love blossomed. 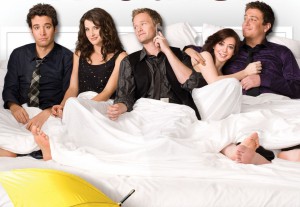 At a point the show seemed to be all about their love story. Despite all that, Robin offers Ted to elope with her on her wedding day?!! That is too unrealistic even for a TV show! And we know that it wasn’t just a panic state and that she actually started to realize about her feelings towards Ted from that day onwards as she keeps thinking about how she could have ended up with Ted. So, why this sudden life-altering realization in Robin? Just because Ted found her grandma’s locket and Barney couldn’t? One word, absurd! The moment when Ted confesses that he loves her no more like he used to, at the offer of eloping, I felt that Ted had learnt his lesson but that surely wasn’t the case, he was just trying to save the day then, probably? So, if they had eloped that day, the ending would be the same except the mother, being Tracy, would never come into the picture? Well, surely the conclusion is not all that counts but I see nothing else here that actually does. There was never a charm between Robin and Ted that he had with Tracy and Robin had with Barney. But well, to conclude, Marshall won that bet with Lily since Ted did eventually end up with Robin. 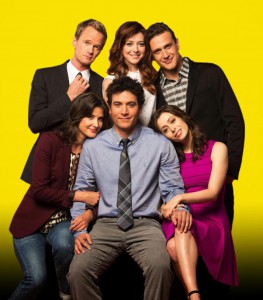 I was a sucker for How I Met Your Mother! Loved it and was totally digging it until they decided to make it easier for the fans to let the show go (if you know what I mean). I cannot help but state that I will still miss this legen-wait -for-it-mother of all comedies-dary show immensely. It was but one of a kind in its own way. The show did try cover the future lives of everyone, notably of, Ranjit, Carl, Wendy, Zoey, James, The Captain and most other fabulous actors to appear as a valuable part of the show. I haven’t written a word of the article to criticize the show but simply share my disappointment over what could have been, as opposed to what just happened. As they say, all’s well that ends well.  HIMYM has left an enormous void in my life anything can hardly fill. Nevertheless, the stars of the show deserve nothing but applaud for their amazing performances and for carrying the show merely on their shoulders. If only the perfect cast received the perfect good-bye!

I just like the helpful info you supply on your articles. I will bookmark your blog and take a look at once more here regularly. I’m somewhat sure Ill learn a lot of new stuff right right here! Best of luck for the following! gcdcaebdgbgb

certainly like your website however you have to check the spelling on several of your posts. Many of them are rife with spelling problems and I to find it very troublesome to inform the truth nevertheless I will surely come back again. bckkegecdadc

Great, thanks for sharing this blog.Really thank you! ekbdgbddacdc