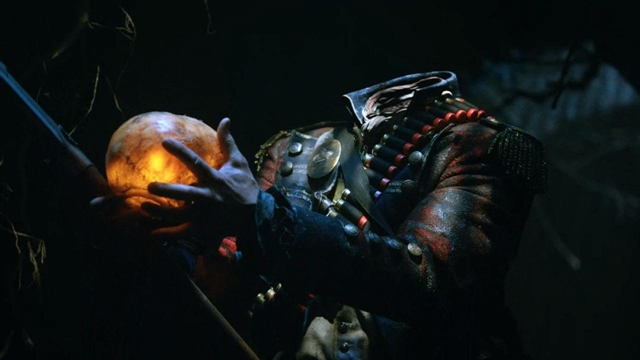 The PaleyFest Sleepy Hollow panel answered a lot of questions. But the answers also brought a lot more questions. The thing is, interviews with the actors, actresses, and the producers don’t yield specifics. We may get a vague answer here and there but nothing too detailed.

So if you’re like me, a person who over analyzes things, then read some of the questions answered in the last PaleyFest Sleepy Hollow panel.

Ichabod and Abbie sitting on a tree?

A lot of fans just want Ichabod and Abbie to have a romantic relationship. Their chemistry is so good that viewers of the show just want to really know if it’s going to happen or not. The producers said that it wasn’t the plan at first, they’ve just realized the love potential when fans were going gaga at “Ichabbie”. Nothing is impossible, but a lot of things stand in the way of a Crane and Mills romantic connection. First and foremost, Crane is married to Katrina, who by the way is a literal witch. Second, the next season might introduce a love interest for Leftenant Mills. Sorry “Ichabbie” fans, you may have to read or make your own fan fiction if you want them to hook up.

We do hope so. The only thing that increases her chance of surviving is the fact that the actress playing Jenny (Lyndie Greenwood) has been promoted to a series regular. And if she’s dead, she’ll stick around for sure because in Sleepy Hollow, people can be dead and they can still come back, right John Cho?

For people who were so happy to see Crane rock those tight jeans, you might have to keep your expectations low for the next season. According to the producers, the network was asking them if Crane is going to change into present day clothes and they said nay! They say it’s a part of his character and Ichabod is really stubborn and quite arrogant. However, I’m pretty sure that he’ll have a brief change of clothes at some time in the second season. The beauty of seeing him in old clothes is that when you see Crane in new ones, it becomes hilarious.

Who’s going to be the main villain in season 2?

There are lots of villains to choose from. From the four horsemen, the rival coven trying to bring about the apocalypse, to Moloch. According to the producers, they will be bringing new enemies to Sleepy Hollow, some familiar and some quite fresh. Don’t worry, they’ll also introduce new good guys that will help Crane and company to stop the apocalypse. There will also be new people who are going to live in the town of Sleepy Hollow. And lastly, the main thing about the 2nd season is that there is going to be a war. Is it the typical war? Maybe, maybe not.

The ultimate question that hasn’t been answered is when the heck is Sleepy Hollow coming back. Nothing has been announced yet so all we can do now is just wait.