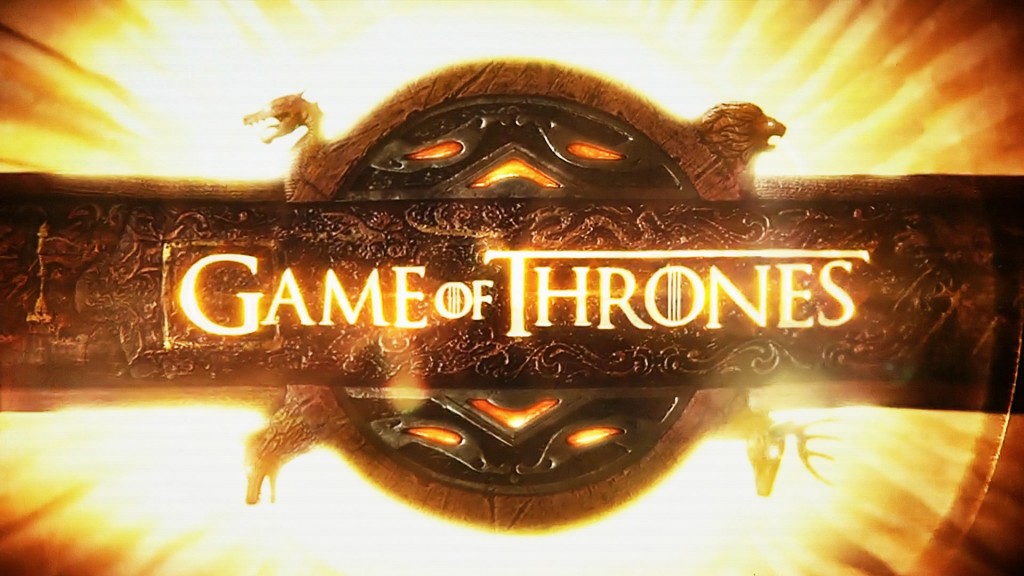 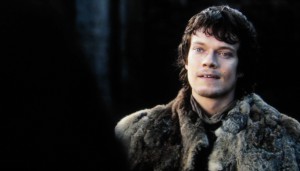 I’ll admit I was a bit was confused. The episode opens with Bran Stark (the cripple) practicing archery (and he isn’t crippled). He follows a raven, and it has 3 eyes. This turns out to be a dream, and Bran is still crippled. He is awoken by Theon Greyjoy (a character that seemed in previous episodes to be almost like a cousin to the Starks.) Bran’s Dire wolf doesn’t seem very happy to see Theon.

Theon informs Bran that they have been called by Robb to welcome a visitor, and although neither of them wants to, they both must do as Rob Stark Commands. Theon sends an oaf named Hodor to carry Bran to see Rob. The visitor that has arrived in Winterfell happens to be Tyrion. Rob isn’t very hospitable to Tyrion, but Tyrion didn’t stop by to talk to Rob. He stopped by to bring Bran a saddle design that would allow him to still ride, even without the use of his legs. Tyrion excuses himself and on his way out gives us some back story on Theon. It seems they Greyjoy family was on the loosing end of the last war, and as a result, Theon is being forced to stay in Winterfell.

This whole opening really showcases Tyrion. His condescending wit shows both the underlying intelligence of the character as well as a bitterness that can only come from a person in his position.

A Big fat Brick in The Wall

A new recruit named Sam shows up for the Nights Watch, and he is a sorry sap. Jon Snow takes a liking to him (because after Tyrions talk last week, Jon is now the champion of the losers).  There some buddy exposition here, but not much else. Sam does tell Jon a great story about why he, a fat coward, joined the Nights Watch. Apparently his father told him (on his 18th birthday) that he either ride north and “take the black”, or pops was going to kill him. Of course this triggered Jon’s parental abandonment bastard sympathies… We also learn that Jon Snow got his name because he is a bastard of the north… so his last name is Snow. (does anyone else find that odd? wouldn’t you have a “fake” last name if they didn’t know who your father was? his father was Ned Stark, so he should still be Jon Stark… of course, maybe Ned Stark isn’t really Jon Snows father… maybe Jon Snow is the bastard child of Neds sister and King Robert. Maybe Ned claimed claimed the child to hide Jon from Robert… just a thought.)

With The Dothraki Horde

Across the Narrow sea, we find that Daenerys and the Dothraki have made it to their capital city.  Daenerys has become a much stronger character already in these first four episodes, and when we see her beat her brother Viserys, it is clear that she is the main threat in Essos. Viserys doesn’t seem like he is going to last long, and I don’t think we even saw Khal Drogo in this episode. There is a nice scene in here where Viserys is telling a whore about how the Iron Throne was made. The scene then transitions back to Kings Landing where we hear a different tale of the Iron Thrones creation being taught to  Sansa Stark. 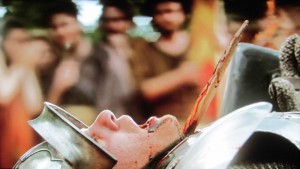 Things are going more “political Mystery” in the Capital as Ned Stark tries to unravel what happened to his predecessor.  There is a great scene with Petyr Baelish, where Petyr shows Ned that spies are everywhere in Kings Landing, and no one is to be trusted.

Petyr also gives Ned clues that lead him to discover that the former hand of the Kings squire was Knighted after the Hand died, And that the Hand, and now Ned, had discovered who could be the bastard son of the King.

They finally have the tournament to celebrate Ned being appointed Hand of the King, and in the very first Joust the Knight (who had previously been the squire to the previous Hand of the King) is taken out in a joust. This all happens while Petyr is telling Sansa about how the Knight (that was victorious) had burned his brothers (Joffery’s guard) face when they where children. A nice brutal story to go with a nice brutal joust.

The episode ends with Catelyn Stark running into Tyrion in an. Luckily for her, most of the people in the inn serve friends of her families, so she convinces them to detain Tyrion by force so she can take him back to Winterfell for trial.

I am pretty sure that isn’t going to go over to well down in Kings Landing.

As a side note, looking around the internet, I found a great comedy recut from the bad lip reading guys. If you haven’t seen it, it is worth a look.

Please let me know if you’re looking for a author for your blog. You have some really great posts and I believe I would be a good asset. If you ever want to take some of the load off, I’d really like to write some articles for your blog in exchange for a link back to mine. Please blast me an email if interested. Cheers!