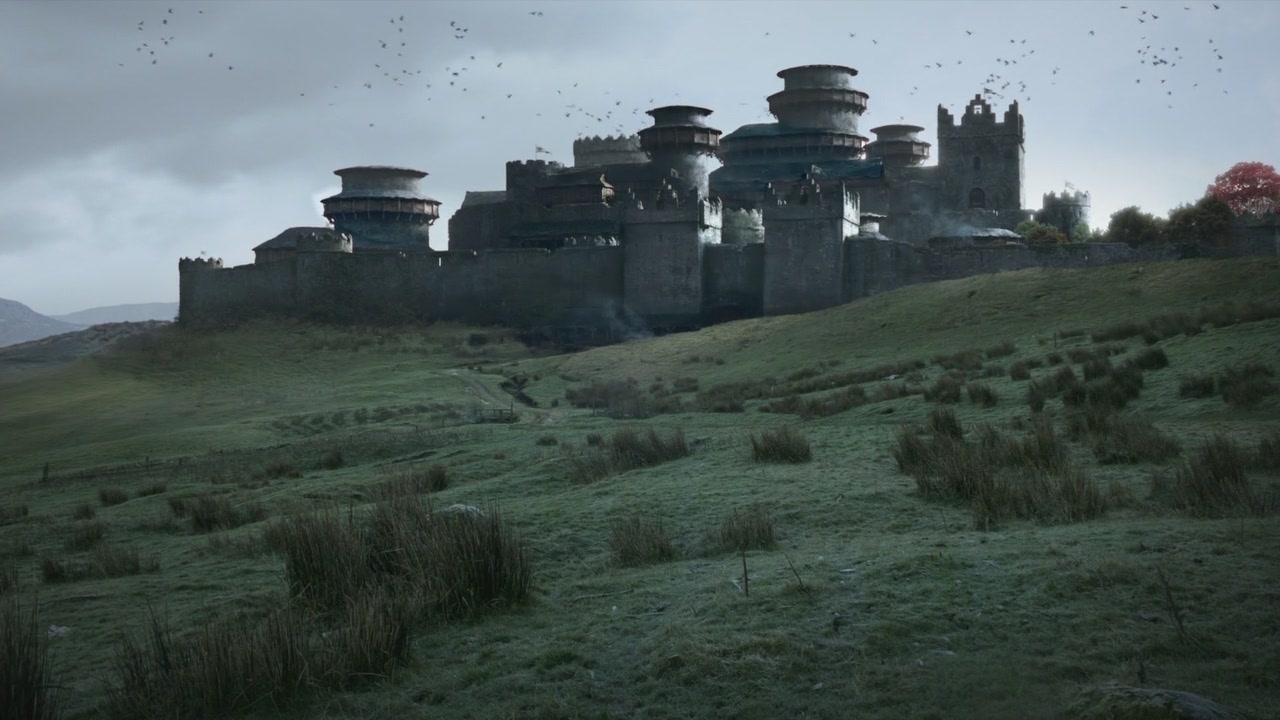 Episode two of Game of Thrones begins with Tyrion Lannister (the small one) sleeping off his drunken debauchery with the dogs. He is awoken by the Kings snotty kid Joffrey. The exchange between the two is brilliant. It reveals that Bran Stark (the child who was pushed from the window at the end of the last episode) Is still alive. As well as giving us some keen insight into both Joffrey, and Tyrion. For those of you that didn’t to bother to go back and re-watch the scene after the episode was over, I’ve added it here. It is great fun to watch repeatedly.

The Kings court, along with Ned and his daughters, are preparing to depart for Kings Landing. Tyrion is planning to head north to see the wall, and Neds Bastard son John Snow is going with him so that he can join the Nights Watch.

Catelyn Stark (Neds Wife) won’t leave Brans bedside. She is not happy with Ned’s decision to accept the Kings offer. 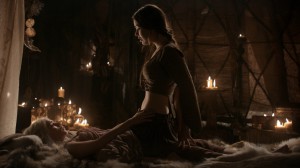 Tales from the Desert: Tips from a Prostitute

Daenerys isn’t coping to well with her Dothraki hosts, and is finding particular fault with her and her husbands sex life. Luckily for her, one of Daenerys slaves used to work in a brothel, and agrees to teach her how to make her man happy. Daenerys is a quick learner and soon has her new husband eating out of her hand.

Heading out to the (Kings)Highway

After Ned and John Snow say there goodbyes, the caravan stops for lunch. King Robert tells Ned (actually Eddard Stark… which makes me wonder why he is Ned and not Ed) that he has learned of Daenerys marriage. He also proposes to have her assassinated. Ned disapproves of the idea.

Someone trys to kill Bran. Catelyn fights with the intruder, but it is the boys pet Dire Wolf that saves the day and rips out the would be assassins throat.  Catelyn makes a dramatic turn at this point from the worried mom who won’t leave her childs side, to vengeful woman who has put the pieces together, and must stop the Lannisters at all costs! It seemed a bit of a leap for her to me, But I think when the wolf saved Bran, Catelyn realized that the wolf was a better protector of her boy then she was. That is why she was now motivated to leave his bedside. 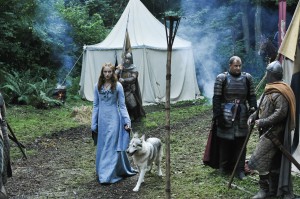 Making camp yet again on the road to Kings Landing, Joffrey and his betrothed Sansa Stark, take a walk through the woods. There they come upon Arya Stark practicing her sword skills with the butchers boy. Joffrey starts acting like a privledged little snot nose, and Arya smacks him with a stick. This promts spoiled brat prince to threaten to kill Arya, and her Dire Wolf leaps out and bites Joffrey on the arm. Joffrey starts crying like a little girl, Arya runs off, and if you would like to take a minute to scroll back up and watch Joffrey getting slapped again, now would be a good time.

This all ends poorly as Joffrey makes up a story about how Arya, her wolf,  and the Butchers boy attacked him. Sansa won’t back up her sister, and since Arya shooed off her wolf, the king (at the bidding of the bitch Queen) commands Sansa’s wolf be put to death. On his way to do the deed, Ned sees that Butchers Boy had been caught and killed also.

Game of Thrones has no shortage of ruthless characters, and no shortage of good character doing ruthless things because they have very few other choices. There is a lot of obvious tension between the Queen and Ned. However, Ned is loyal to the King, and the King is subject to his wife. This can’t end well.