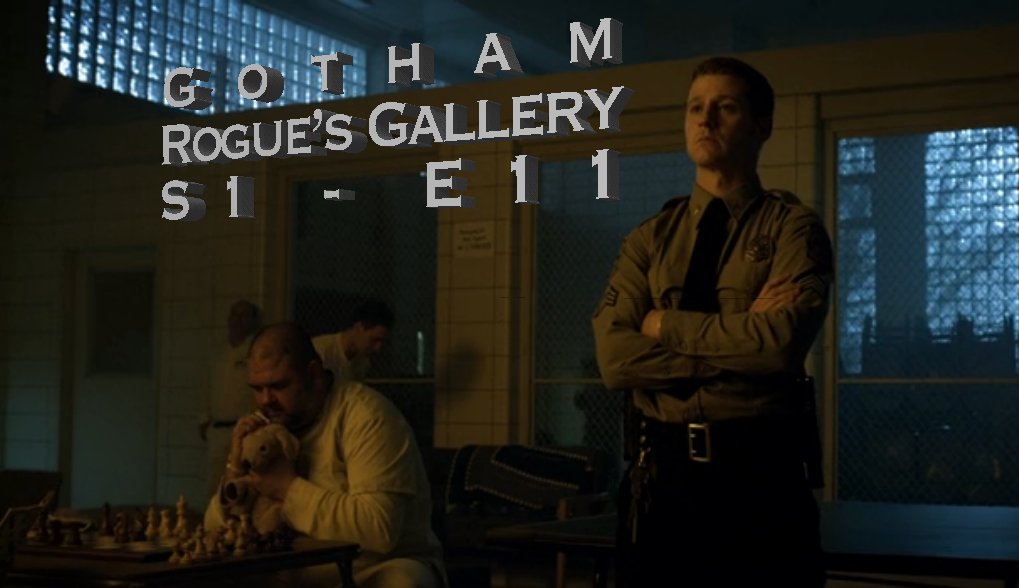 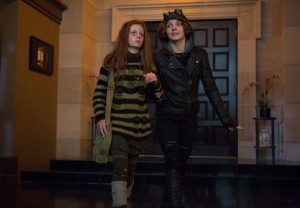 Gotham has officially fallen into soap opera territory. If you are a reader of this blog, you might have picked up on the fact that I do not generally like this type of show. I had high hopes that Gotham would be a police procedural that happens to take place in the Batman universe. A sort of CSI: Gotham. A show where each episode was a stand alone entity, with maybe a little season arc involved. There have been a few episodes that held on to that format, but not Rogues Gallery.

Rogues Gallery was stuffed to overflowing with side stories. We had Catwoman and Poison Ivy crashing in Jim Gordon’s apartment while he was away at Arkham. We had Fish Mooney and her gang plotting against Falconne. We had Penguin getting in trouble with Maroni for something. All of these story lines continue into future episodes like a mid day soap opera.

In the main “Jim Gordon” story line, Jim is a guard at Arkham (after pissing off the mayor last week). Jim’s boss doesn’t like him too much, and at one point reveals that he is taking orders from powerful people. 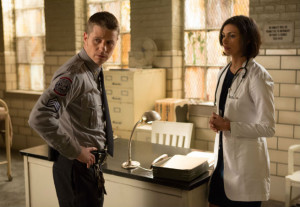 Meanwhile, someone in Arkham is practicing electroshock therapy on the inmates. Jim is charged with finding out who. Along the way, Jim runs into Dr Leslie Thompkins, who in Batman lore is a friend of the Wayne family. She helps Alfred raise Bruce, and once he becomes Batman, fixes him up from time to time. None of that was hinted at here, but we have now been introduced to her, so I am sure we will see her with Bruce and Alfred soon enough.

Aaron Helzinger is introduced in this episode. He seems to have been a victim of the electro shock therapy. In Batman lore, he is the villain that goes by the name Amygdala. He is a peaceful man who suffers fits of uncontrollable rage. He is also easily controlled.

The inmate that has been experimenting on Helzinger and other Arkham inmates is Jack Gruber. That name doesn’t match any Batman villains, but many on the internet are speculating that he could be Volt, Electrocutioner, the Ventriloquist, or even Hugo Strange. 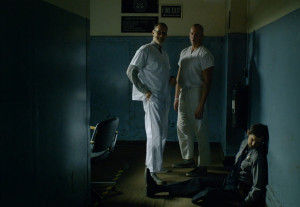 Electrocutioner or Ventriloquist are likely the best candidates since both of those “identities” have been used by different people at different times in the Batman universe. Therefore it would be likely that Jack Gruber could be the “original” in the line of copycats that Batman later faces.

Gruber and Helzinger escape Arkham at the end of the episode after killing the guy in charge.

So not one single story line in this episode was resolved. Jim is still on guard duty. The bad guy got away. Penquin and Maroni still have issues. Fish Mooney is still plotting. Catwoman… err Catgirl, and Poison Ivy did seem to slip out of Gordon’s place before he got home… I wonder if Ivy noticed that she was staying in the home of the cop responsible for her dads death? I guess we will find out in next weeks exciting episode of Gotham: The Soap Opera. (Thankfully, I am watching this on Netflix. If I was watching on normal live TV, I would have walked away from it by now.)