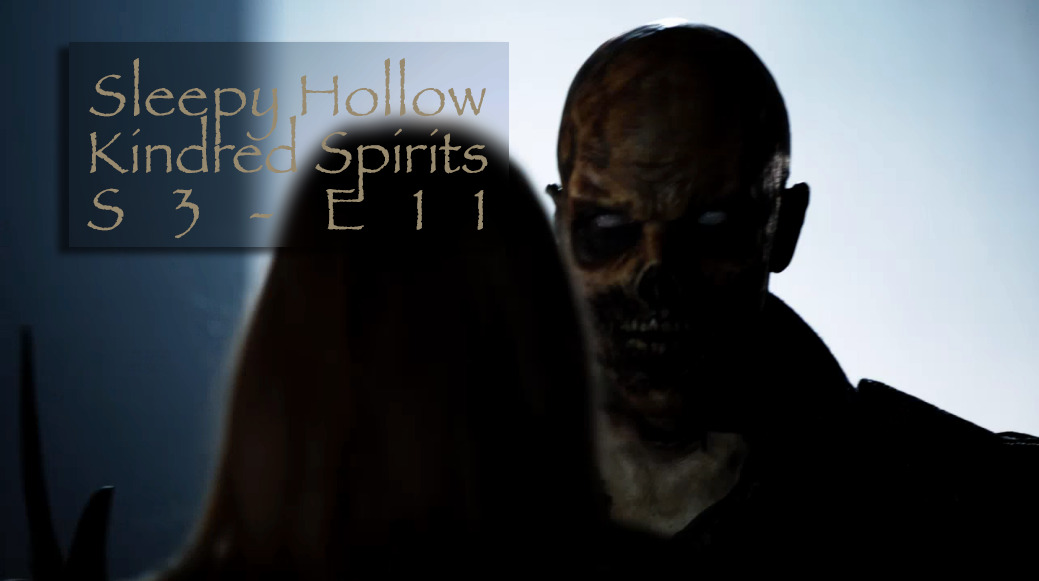 It is no secret that Sleepy Hollow has had it’s ups and downs. I think it is fair to say that most fans stay with the show because of the characters and how they are portrayed more then for the writing, or storyline.

The writers of Sleepy Hollow are often times so concerned with their season wide story arc, that they let the individual episode story fall to the wayside. Not so with Kindred Spirits. This episode was an almost perfect “monster of the week” episode. Granted, the episode was beyond silly, but for the first time in a while, Sleepy Hollow was doing what it does best. Everyone was working together ti stop the scary monster.

Now there were plenty of nods to the season arc, and even the whole series arc, but these references were almost as “throw away” as the episode story usually is.

First of all, the monster of the week is apparently a returning creature. I didn’t see the original episode it was in, but Crane’s dialog summed it up enough so that i knew what was going on.

Next, we have Zoe, Cranes romantic interest, from the beginning of the season. She shows up out of no where complaining that Crane has forgotten about her. this is humorous because I know I sure forgot about her. 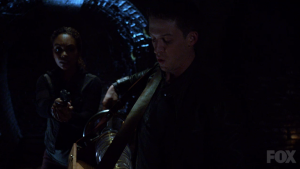 There is some filler dialog between Jenny and Joe about the father storyline, but it really is filler, and they could have been talking about the elections for all it was worth.

And then there is Pandora and her boyfriend. Their scenes were completely ridiculous. Pandora complaining about her box being broken, Pandora and Egyptian dude staring into the crystal ball / cauldron / pond thing to see what everyone else in the episode is doing… it was silly.

Of course, this whole episode was silly. From the opening sequence ripped from dozens of “B” movies… the couple on lovers lane, the guy gets to pushy, the killer gets him and kills him… but in this version, instead of running away from the killer only to be ran down in the woods, the young girl goes to thank the killer for saving her from the would be rapist boyfriend of hers… then she gets killed. 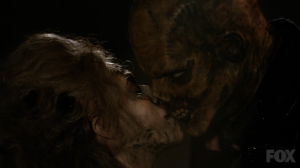 The silly brilliance continues from there as the “monster of the week” morphs into the “Bride of Frankenstein”. We have Joe rocking a glass harmonica like it was a guitar, we have undead monsters making little cut-out pictures of women… we have Ben Franklin hiding a corpse in a wall 200 years ago… and it is still there (with a morning star that no one notices until she starts chasing people with it)… We have Zoe passing out just in time so no one has to explain to her why two zombies were just making out…

This really has to be the best written, campiest, and most fun episode I have seen this season. Kudos to the cast for taking this seriously, and kudos to the writers for not taking it seriously. It works well that way.