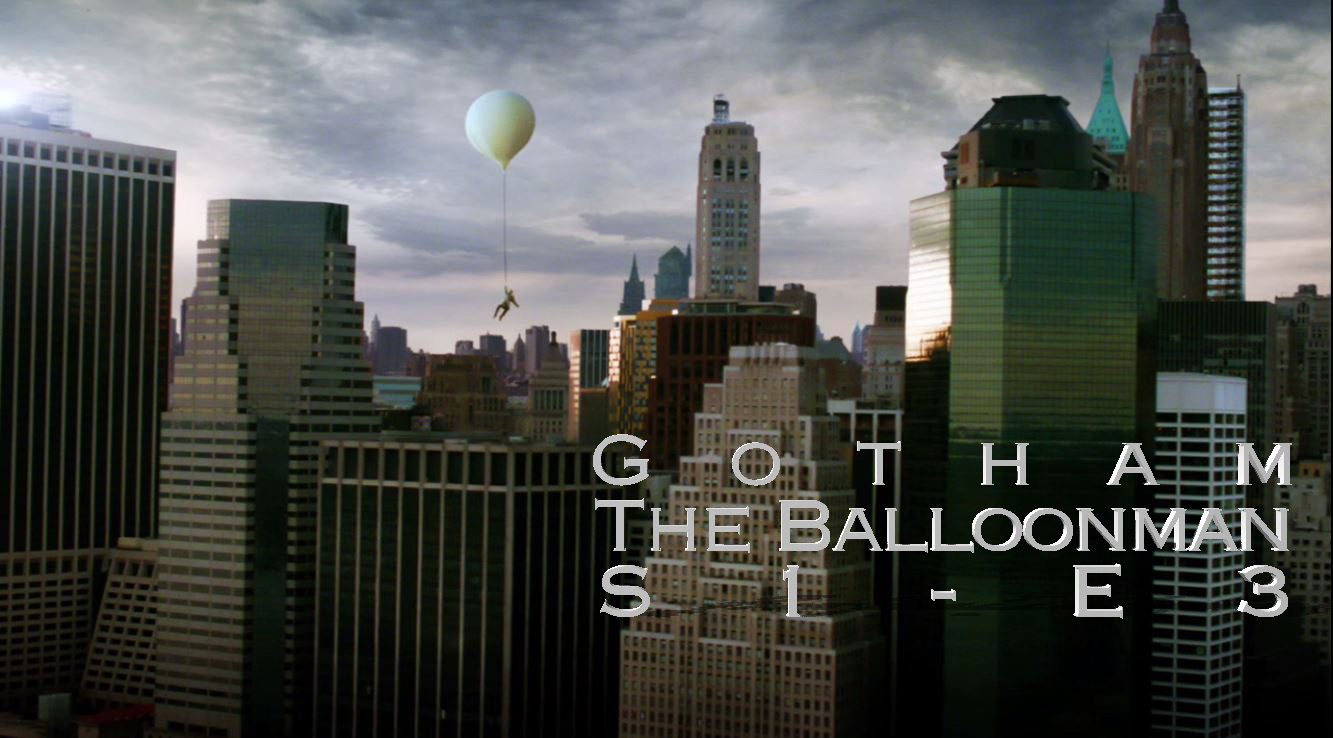 This was my favorite episode so far this season. Sure, we had a segment for every sidestory that is being brought in, but for the most part, this episode felt like it was about the Balloonman case.

Previous episodes felt like the main story for the episode was being overshadowed by the season arc. Almost like Jim Gordon’s case was just there for filler between those season long story lines. But this episode felt like those other stories were the filler. 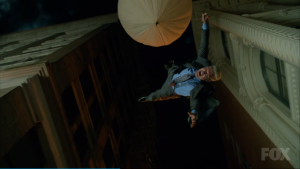 This episode was about the Ballonman case. And who was the Ballonman? He was a vigilante who handcuffed corrupt people to a weather balloon, and let them die in the upper atmosphere. That is a pretty messed up way to go. I wonder of they suffocate, or freeze to death first?

The first victim of the Balloonman is a financial guy who defrauded a lot of people out of their life savings. Maybe he was the Bernie Madoff of Gotham. Bullock seems to think the guy deserved it, and isn’t interested when Gordon wants to find the killer. That is until the Balloonman gets his second victim. This time it is a crooked cop. Since this strikes close to home, Bullock is now on board to catch the guy.

(quick note: The crooked cop that gets sent to the stratosphere as the 2nd victim of Balloonman does so in an alley at night. I wonder how everyone knew he was the 2nd victim so quickly when his body didn’t fall back to Gotham for a few days…).

Bullock and Gordon trace the balloons to their manufacturer, and discover that 4 balloons in total were stolen. That means there will be two more victims.

They track the balloon thief with Bullocks underworld connections, and bring him in. Bullock is sure he is the Balloonman, but Gordon has his doubts. Doubts which turn out to be true when a Priest who is known as a child molester becomes the third victim.

As I mentioned earlier, victim #2 comes falling back to earth, and he has clues as to who the real Balloonman is. Gordon and Bullock go looking for him, and eventually find him with his last balloon.

The Balloonman gets the drop on Bullock, and in the ensuing standoff, Bullock gets the upper hand and cuffs the Balloonman into his own contraption. Bullock is content to let the Balloonman die in the manner he killed the others, but Gordon is a good cop and saves the Balloonman so that he can see justice in the court system. Case Closed.

What else was going on 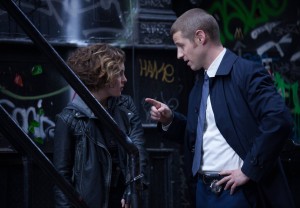 A lot of the multi episode storyline was touched on in this episode as well, all though it didn’t seem intrusive. Selina Kyle convinced Gordon that she saw the face of the Wayne family killer. More useless crap was going on between Fish and the Falcone. (Is it on purpose that the storyline that doesn’t come from the comics is so bland and uninteresting?).

Bruce Wayne is still well on his way to becoming the Batman. It is interesting that they seem to be tying in Jim Gordon’s cases with the values that Bruce develops on his way to being Batman. While seeing news of the Balloonman’s antics, Alfred points out that some people think the vigilante is doing good things for the city. Bruce replies that the Balloonman killed people. That made him a criminal also. (I take it this show is going with the Batman that doesn’t kill people).

Gordon’s girlfriend Barbra’s ex-girlfriend drops by to accuse Gordon of killing Cobblepot in some sort of bizarre lesbian stalker scenario. And speaking of Cobbelpot, he returns to Gotham and gets a job washing dishes at a restraint frequented by another of Gotham’s mob bosses. (You think he would have stayed away a little bit longer…). By the end of the episode, Cobblepot actually shows up at Gordon and his girlfriends apartment. It will be interesting to see where this leads. (Isn’t it odd that Gordon saved Cobblepot’s life, yet he goes on to be the infamous Penguin, who kills countless innocent people throughout his career. I get that the writers were trying to show that Gordon is not a crooked cop, but most of us viewers probably think he should have offed the Penguin and saved Gotham a lot of grief.)