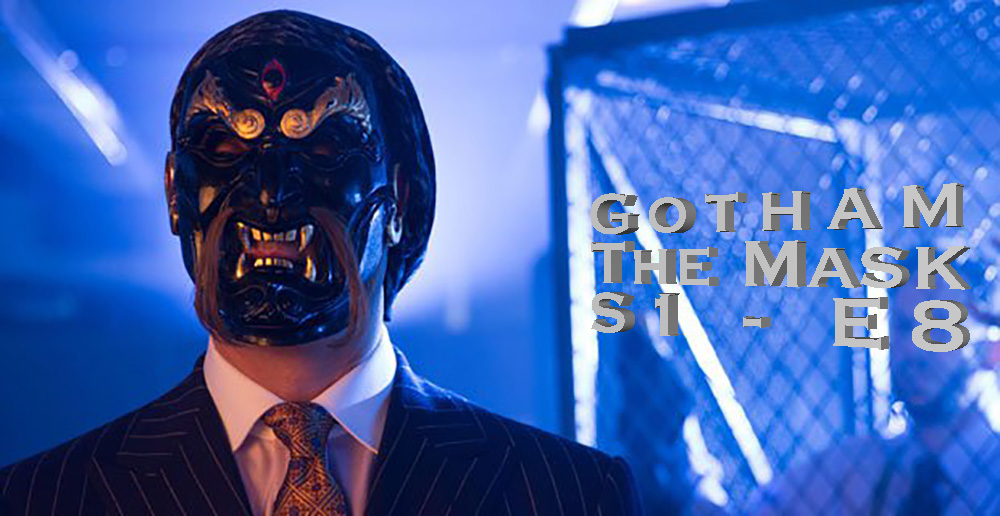 In the world of Gotham, how do you follow up an episode that is as good as Penguin’s Umbrella? With a horrible episode like The Mask. I have often said that the problem with shows like this is that they spend to much time on their subplots. This episode does exactly that. 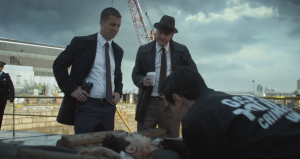 The “monster of the week” is a businessman named Richard Sionis who decides to mix Fight Club into his hiring process. One of the applicant’s dies, and Gordon and Bullock get the case. The company Richard owns is called Sionis Investments, and he, and the company are a reference to Roman Sionis who is “The Black Mask” in the Batman comics. Whether the TV show has decided to change the characters name from Roman to Richard, or if Richard is Roman’s father is yet to be determined. The case shouldn’t be that hard to solve, except most of the other police are still mad at Gordon after the previous episode, and Gordon is still mad at them.

This really is the jist of this episode. Gordon is having anger management problems, Bullock has turned into the good guy blah blah blah.

Meanwhile, Penguin and Fish Mooney are trying to pretend to place nice with each other (does anyone else see it coming? Fish will be food for the Penguin…)

Fish is still trying to work her “secret weapon” on Falcone, and Penguin finds out that Fish has a “secret Weapon” in Falcone’s midst. 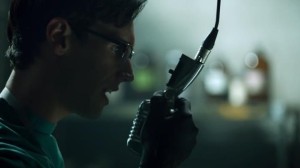 Ed Nygma has a few scenes that show that he still likes riddles, and isn’t very good at playing by the rules.

Bruce Wayne heads back to school, and runs into a bully named Tommy Elliot. (In Batman lore, Tommy was a schoolmate of Bruce’s. They started out as friends, but Tommy turned bad. He eventually became the villain “Hush”). Tommy and Bruce aren’t friends in this episode. Tommy keeps harassing Bruce about his parents dying, and eventually causes Bruce to try to beat Tommy up. Bruce doesn’t succeed, but Alfred gives him some pointers, (and a Rolex to use as a makeshift set of brass knuckles), and Bruce gets the job done. This prompts Bruce to ask Alfred if he can teach Bruce how to fight. Alfred agrees.

Back to the main story, Gordon eventually finds where the “fight club” is taking place, but gets ambushed and forced to fight the other applicants. When Bullock can’t get ahold of Gordon, he makes an impassioned speech to the rest of the Gotham PD and gets them back on the team to go help find Gordon. Captain Essen manages to find Gordon, but only after he defeated Richard Sionis. 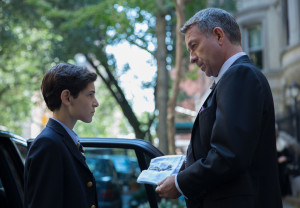 At the end of the episode, Barbara walks out leaving Gordon a “dear John” letter… this is the 2nd time she has done this 8 episodes.

Also in this episode, during the investigation into the Mask, Gordon busts a doctor who treats criminals in an unlicensed clinic. This may or may not be the Batman Villain “The Crime Doctor”. His name was not mentioned, and Bullock does say that there are several doctors in town that work on criminals, so this is just hearsay.

It seems that when the writers of Gotham are overloaded with season arc storyline to push and have to make a bad episode to be able to cram all that in, they at least drop enough comic references to keep the hardcore fans entertained. The question is will it be enough to keep everyone else from turning the channel.