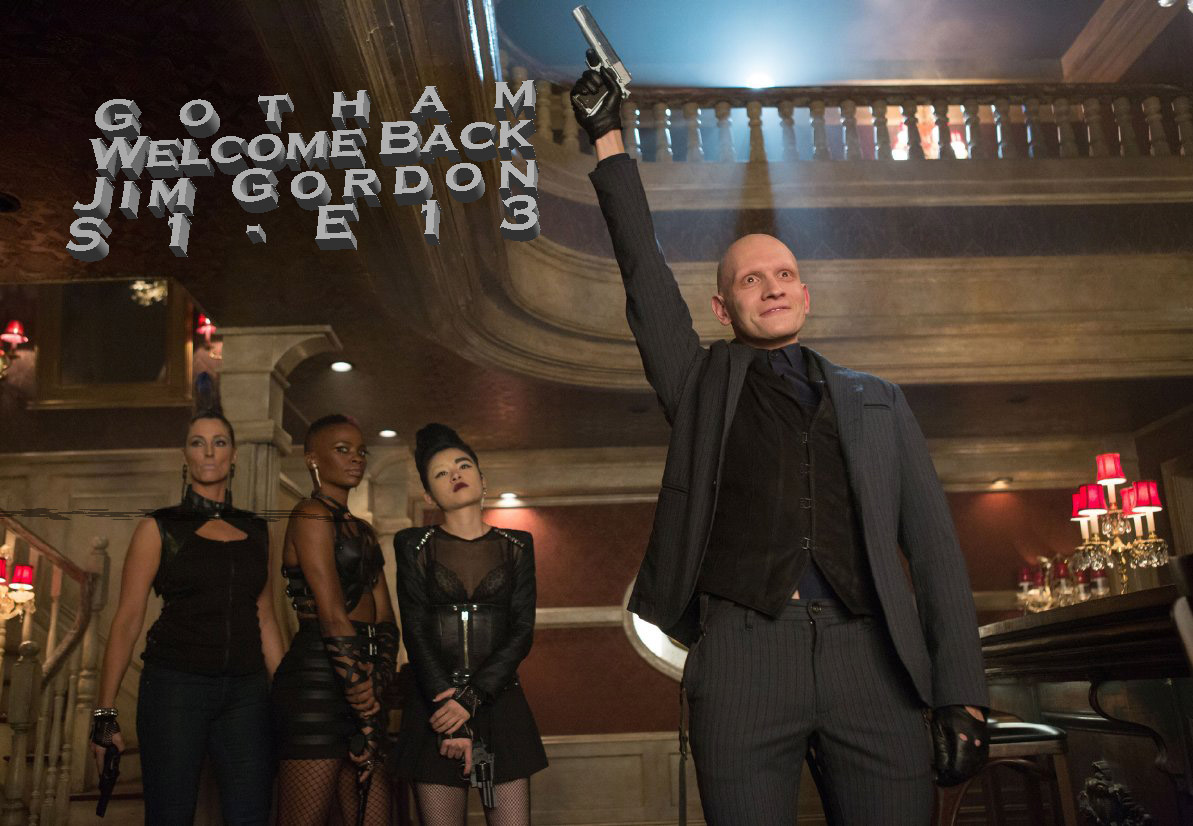 Welcome Back Jim Gordon starts off like a regular old cop show. Gordon and Bullock are called to a “public service” killing. A drug dealer is killed and hung up in a warehouse. Gordon finds some packets of drugs hidden in the guys false heel, but other then that, no clues. 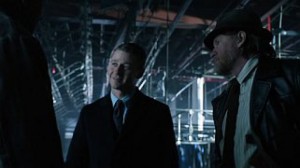 Bullock finds a janitor who claims to have witnessed the killing. He says he can ID the killer. Gordon asks him to go down to the police station so he can give a sketch artist the description of the killer.

While waiting at the police station for the sketch artist, the witness is killed. Gordon thinks the killer had to have been a cop, but he is warned against pursuing that. He doesn’t listen. After rattling a few feathers, the case of the dead witness gets taken from him and handed to internal affairs who rule the death a suicide (did I mention he was stabbed in the back with an ice pick?).

This was a citizen trying to do the right thing. He was killed by a cop. Gordon isn’t going to let this slide. Gordon and Bullock follow a lead to a drug warehouse, and run into a brick wall in the form of Narcotics Officer Delaware, and his cronies that are protected by higher up corrupt people. This pisses Gordon off even more. 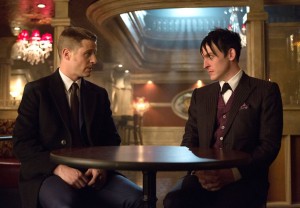 Running out of options, Gordon turns to the Penguin. Considering the Penguin has an in with Maroni, and Maroni runs the drug trade, Gordon asks Penguin to get him some information. Gordon doesn’t want anything violent done to get the information, but that isn’t how things work in Gotham. Soon, one of Maroni’s guys is holding Delaware’s wife’s head under water until the narcotics officer gives up the killer (who happens to be Arnold Flass, the lead Narcotics officer, and all around asshole we met earlier).

Delaware supplies Maroni’s goon (and subsequently, Gordon) with a taped confession, and the murder weapon. Gordon gets to make his arrest. After leaving the police station, Gordon is confronted in the alley by a scared Delaware who want’s Gordon to leave his family out of this…

I have read some other reviews that hated this part of the episode. They called this “bad procedural” and “filler”. Personally, I think this is where Gotham is at it’s best. It could have been better, but they needed to save time for the garbage that didn’t need to be there. And that garbage was… 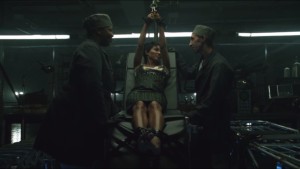 Fish Mooney is dealing with the aftermath of her failed coup on the Falcone gang. Her buddy Butch saves her from a torture session, and they then go after the Penguin who is now taking over Fish’s old bar. However, in bad villain style, Fish talks to the Penguin to much, and Victor Zsasz shows up to get her before she can get her revenge. Unfortunately, Butch helps her escape again, and then Bullock helps her even more. I really hope they kill Fish Mooney soon. She is a horrible addition to this show, and I cringe every time I see her.

Then there is the Ed Nygma and Kristen Kringle romance. I like Ed. I am disappointed in the way the wrote the character, but I still like him. We are likely still a decade away from the first appearance of the Batman, yet Ed is just about one bad day away from becoming the Riddler. If they spent the same amount of time building his neurosis as they are spending building this relationship between him and Kristen, we would have had a much better backstory.

Bruce Wayne and Alfred are back from their vacation. Bruce searches for Catwomen (Catgirl?) for a bit, and when she shows up, she tells him she lied about seeing his parents killer, and he needs to leave her alone. This was a nice little bit for building Bruce’s character. It didn’t take up to much time, and it was effective.

Overall, Welcome Back Jim Gordon wasn’t a bad episode. It was certainly better then the season arc only episodes. It’s biggest fault (as we see over and over again) was that it payed to much attention to the season arc, and left to little time for the villain of the week.