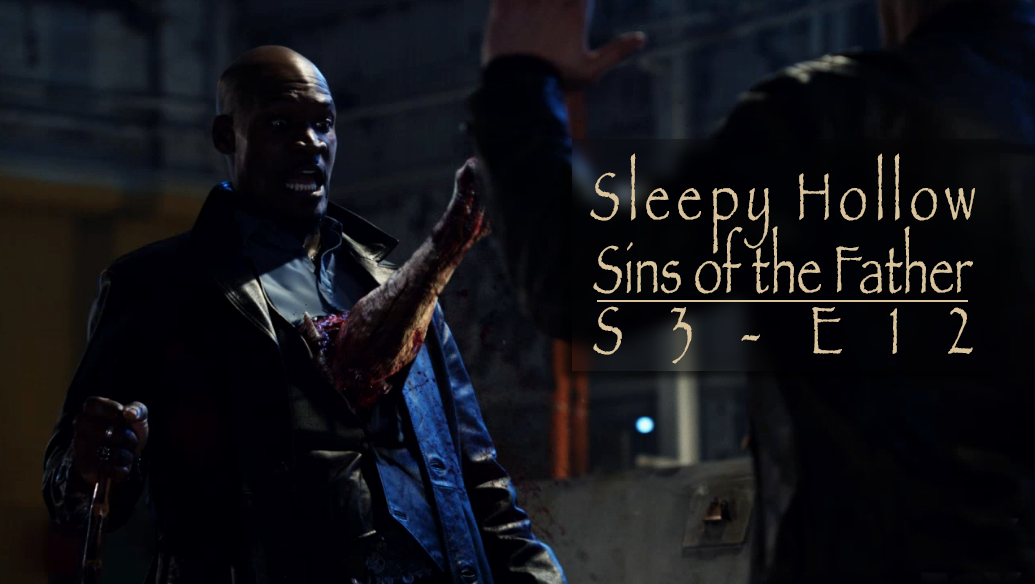 Let’s face it, Sins of the Father wasn’t a very good episode of Sleepy Hollow. It was still fun to watch, it had some good moments, but overall, it wasn’t good. 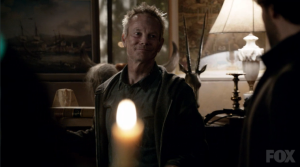 First, I have a problem with needlessly harkening back to earlier episodes. If someone who had never seen Sleepy Hollow before, tuned in to Sins of the Father as their introduction to the story, they would have been lost. They probably would have turned the channel. The episode features the return of Atticus Nevins who has been missing since before the mid season break. Anyone who watched the show back then thought Pandora took care of him. Anyone who has started watching recently is just confused by his appearance. There was no need to bring him back.

Nevins is caught in the woods by a local cop. While waiting for back-up, some sort of beast attacks the cop.

Abbie is down at the FBI gun range practicing her marksmanship, and not doing so well. Her boss Reynolds is there, and he is a much better shot. They talk for a moment. Then Abbie gets a text message from an unknown number telling her that if she wants to save lives, she needs to meet the message sender alone. It is Nevins.

Nevins says the beast that attacked the cop he had seen during the first gulf war when he was with August Corbin. (amazingly, this episodes flashbacks aren’t to the revolutionary war, but instead are to Desert Storm) 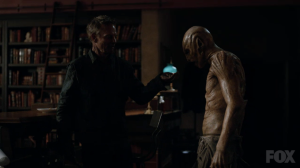 Nevins claims they way to defeat the beast is hidden in August Corbins files, and the give him access to them. He finds the files in a secret compartment.

The team realizes that whoever has something called a “Golden Scarab” can control the beast, so they go looking for it.

Sophie and Joe think Randall has the scarab, but when they go looking for it, the monster sticks his fist through Randall’s chest. (great scene with bad CGI… it’s to bad, I liked Randall). This leads them to the realization that Nevins has the Scarab and has been playing them the whole time so that he can get access to August Corbin’s files.

It turns out those files list a number of monsters that can be controlled in a similar fashion. Although one would assume this is what Nevins wanted so that he could go to some other country and continue his bad guy efforts with an army of monsters to protect him, apparently that wasn’t his plan. He just wanted to sell the list to a bigger “bad guy”. This bad guy isn’t Pandora or the “hidden one” either… it is Reynolds boss, the FBI director who has an interest in Abbie. 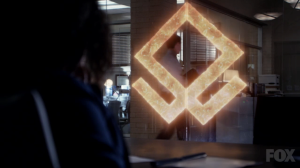 Also in this episode, both Jenny and Abbie have coffee with their father at different times. Jenny and Joe have a moment, and there is some other emotional stuff that quickly lost my interest.

Ichabod was left to sidekick role in this episode, which is fitting. The first few episode after the break were about him trying to find Abbie, now Abbie is center focus. She is still seeing visions of that symbol she saw in the “catacombs”, and is becoming a bit obsessed with it… to the point of praying to it. Last episode was corny, but it was fun. This episode had it’s corny moments… but they weren’t fun (except when Randall was given a hand…) Like I said, this wasn’t a good episode.