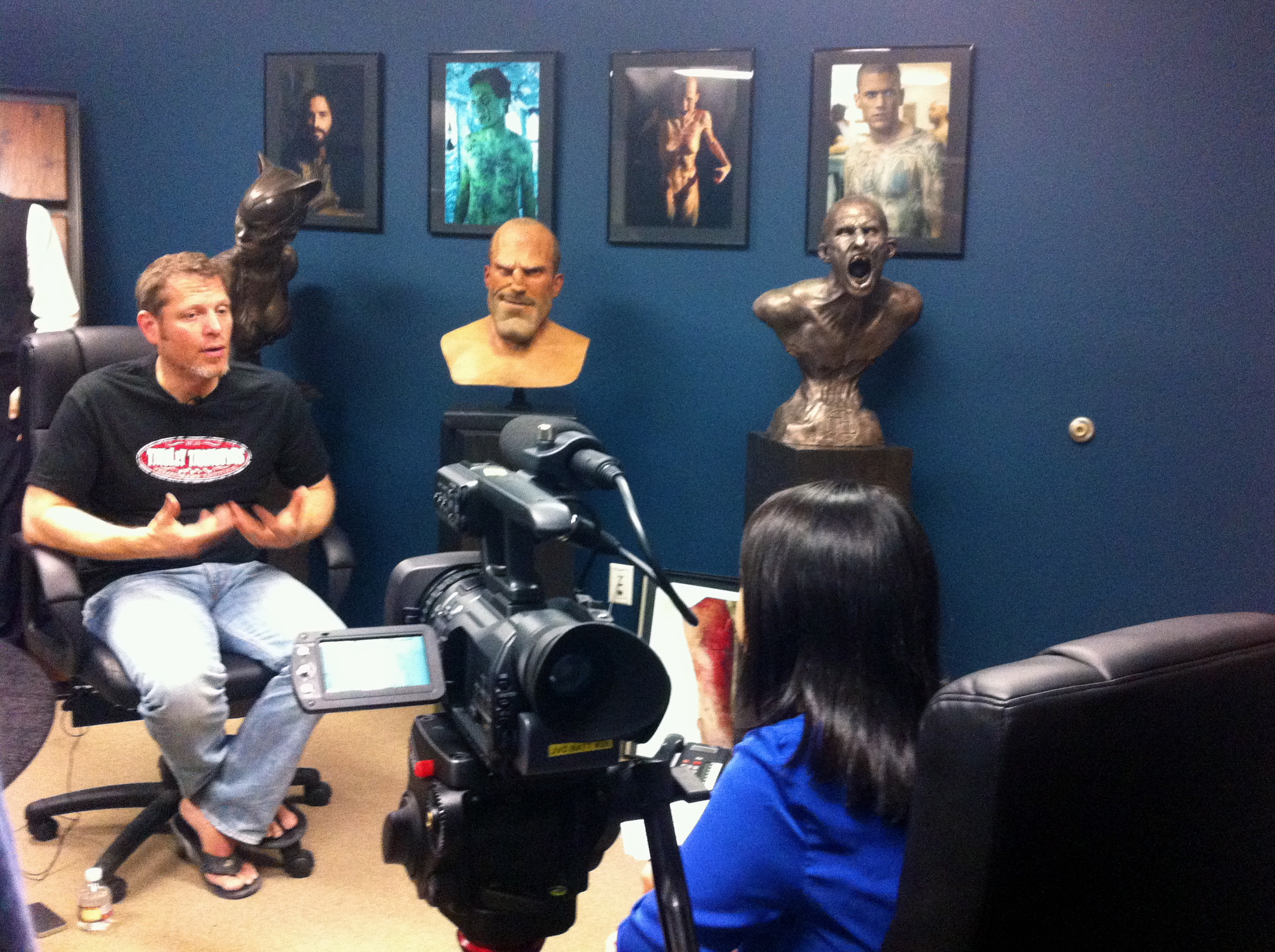 Challenges and difficulties in creating the effects for the series:

Though working on a show with such unique character designs and broad storyline  may seem like a dream come true for a makeup designer, Tinsley says he and his crew faced time constraints, often getting the script a week before the episode started shooting. “We were extremely restricted by the schedule,” he says.

How did they pull off Bates’ character?

With time playing favorites, they managed to make some lasting impressions including the decapitated head of Bates’ character. In order to create it, they had to take an impression of Bates’ head, make a clay duplicate, sculpt detail and weight into it, make a rubber mold, and punch in all of the hair one by one.

“You can just imagine the intense amount of hours it takes to really do that correctly.”

Crew got hyped over appearance of Frankenstein

He also got to play a bit of Dr. Frankenstein. In “Coven,” Evan Peters’ character’s body was mangled in a bus crash and was brought back to life with magic and a bit of creative stitching by the resident witches.

“We came up with this really nice pattern that was believable. I think ultimately, the finished makeup worked really well.”

“Ryan (Murphy) pitched the idea, and I was like, ‘Yes! We’re going to make Frankenstein!’” he says.

For Tinsley, creating characters is what it’s all about. “The actors try to create an arc with their character,” he says. “Makeup is there to enhance that idea. That’s what we do. And sometimes with makeup effects, you’re building who that character becomes. And who they are is the way they look.”

`“I’ve done, I think, a pretty damn good job at creating a look and a style for that show when it comes to the makeup effects,” he says.