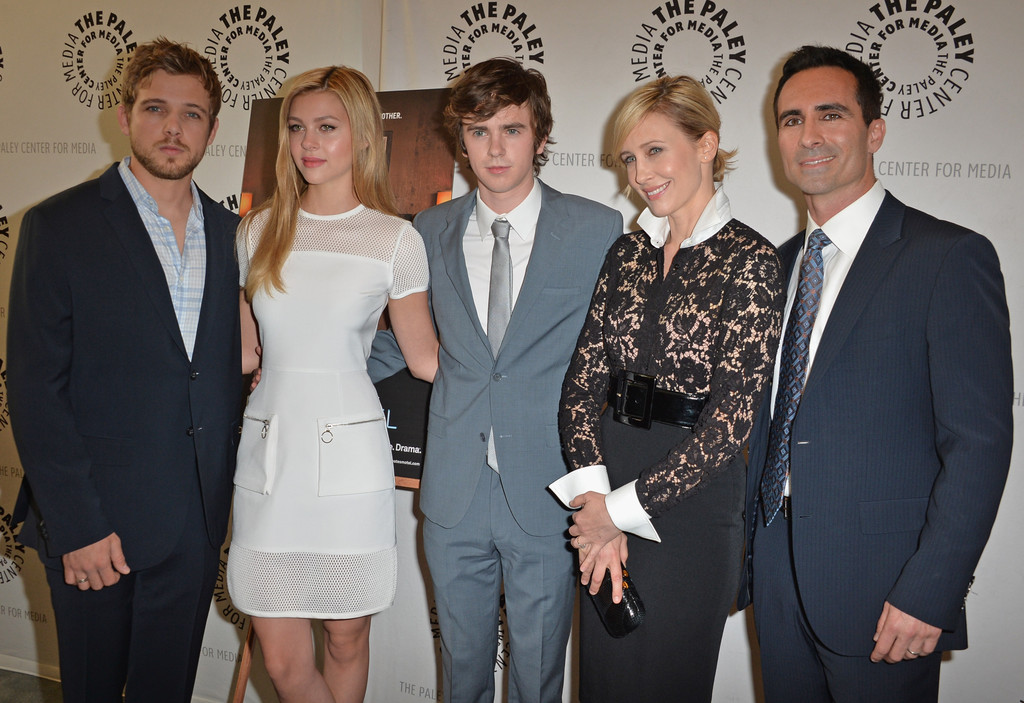 Freddie Highmore Explains All There Is About Norman Bates 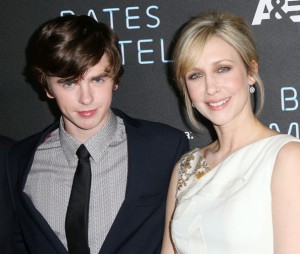 Bates Motel has gained rapid popularity among many viewers and as the third season of the show draws nearer, we are getting more and more curious as to what is in store for Norman Bates, who is currently leading a self-destructive path. As we have seen in the last season, Norman was on his was to suicide just as he realized what sort of mental distortion he was going through. Norma on the other hand, not only stops her son from killing himself, but also is certain that her little son is perfect and not to forget her ever notorious  assurance of  ‘it’s all going to be okay.’ Norma is not prepared to let go of the control on her son and that includes her not letting Norman be admitted to an institution which could help with his condition. About Norma, Vera Farmiga says, “She genuinely thinks she can glue back the pieces and heal him.”

Crazy as things are on Bates Motel, we cannot help but be in love with the show and the characters who make the show achieve its utmost potential. 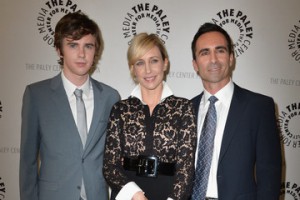 One of the greatest talents on the show is Freddie Highmore, playing the lead as Norman Bates and thanks to Collider, we got to know some of the thoughts of Freddie Highmore and his take on the upcoming season of Bates Motel.

In answering to what Highmore would like to see for Norman, he says, “Realistically, it’s continuing his character’s descent into insanity and also to what point do we stop supporting Norman and loving him.  At the end of last season you realize Norman can be quite manipulative about certain things and has this conscious of what he’s capable of.  To what extent will he always remain the good guy or the guy that we can pretend is nice?” 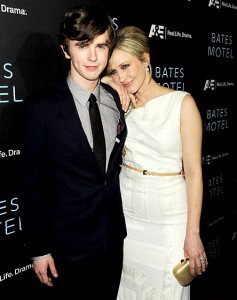 Highmore does mention that he does not know much about what the writers are cooking. Highmore say, “They haven’t handed out the scripts yet and what they have done is kind of kept away from us for now.” He goes on to explain the character of Norman Bates, by stating, “:  I guess that’s another thing to explore further but I still say he’s a nice guy.  In some ways, the suicide at the end is something many people would say is selfish but I think in Norman’s case it’s a truly selfless thing.  He’s taking himself out of the world because he wants to stop harming people, doesn’t want to not be able to control himself anymore.  I think it’s an admirable thing to do in his case.”

Freddie Highmore explains why he loves playing Norman by saying, “From the start it’s been nice to play against people’s expectations of who Norman is.  He’s such a well-known serial killer and you know how he ends up in Psycho.  You can subvert people’s expectations by arriving on the first day and saying, “No, he’s completely nice.”  And people will kind of portray their own previous expectations and knowledge of who he’s gonna become onto that performance.  You don’t have to push it out as much, and just play against it completely and have that underlying.” And he adds, “I think the joy of Bates Motel is in the nuances and in the subtext, as opposed to overtly playing Norman being someone who’s nasty or a serial killer in the traditional mold.  And that extends as well to his relationship with his mother.  The kiss at the end that people talk about is only weird because you know that there’s something dodgy between them—or maybe not.  That’s what Vera would say.”