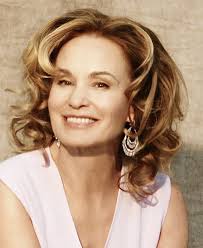 Speculations and rumors about Jessica Lange making an appearance on American Horror Story: Hotel can end now. It has now been confirmed that Jessica Lange no longer take part in another season of “American Horror Story.” The 65 year old Emmy winner actress has expressed herself that she is done and will exit FX’s horror anthology series. This announcement was made at the PaleyFest LA.

“We’ve had a great run here,” said the veteran actress. She had appeared in the first four seasons of the American Horror Story. “I mean, I have absolutely loved doing these four characters that I’ve had the opportunity to play. And in all the madness, I’ve loved my writers and the actors and Ryan and the whole insanity of it…but yes, I’m done.”

“In all the madness, I’ve loved the writers and my actors and Ryan [Murphy, creator of the show] and the whole, I mean, insanity of it,” the actress stated at PaleyFest LA, as quoted by BuzzFeed.

Before the premiere of “American Horror Story” Season 4, the actress had already expressed that she would be exiting the show after Season 4.

It was recently revealed that Lady Gaga will be part of the next installment of the show. Lady Gaga posted a video on Twitter to announce that she is doing Season 5 of American Horror Story. Part of this announcement was that the title of the upcoming season would be “Hotel.” Lady Gaga has been casted as a series regular. The particulars of her intriguing character have been kept under wraps.

According to Deadline, when a fan inquired to Lange if there is any chance that the joining of Lady Gaga’s in the cast could possibly persuade her to be part of another season of the horror anthology series, the actress responded with a question, “What does that mean?”

At the PaleyFest interview, Lange also disclosed that she is the one who fed the idea to Murphy to set “Freak Show” at a carnival, since she always fancied the idea of a carnival and travelling troupe.  She articulated that she recalls that as a child she would used to go to the “dusty small town carnivals” to see the freak shows. “No live freaks, but weird things,” Lange said as quoted by Deadline.

Jessica Lange’s exit announcement also brought fans with news of who will be joining the cast for American Horror Story: Hotel.

Matt Bomer, who had previously made guest appearances in the series before, will come back along with newcomer Cheyenne Jackson.

“So excited to join the incredible cast of @AHSFX- ready to tell some stories with @ladygaga. See you at the front desk! #AHSHotel ,” Matt Bomer posted on his official Twitter account just recently.

The next installment, American Horror Story: Hotel is due to come back on TV this October 2015. According to reports, the production on the upcoming Season 5 is set to start in on in late summer in Los Angeles. Season 3 and Season 4 of “American Horror Story” were both filmed in New Orleans.