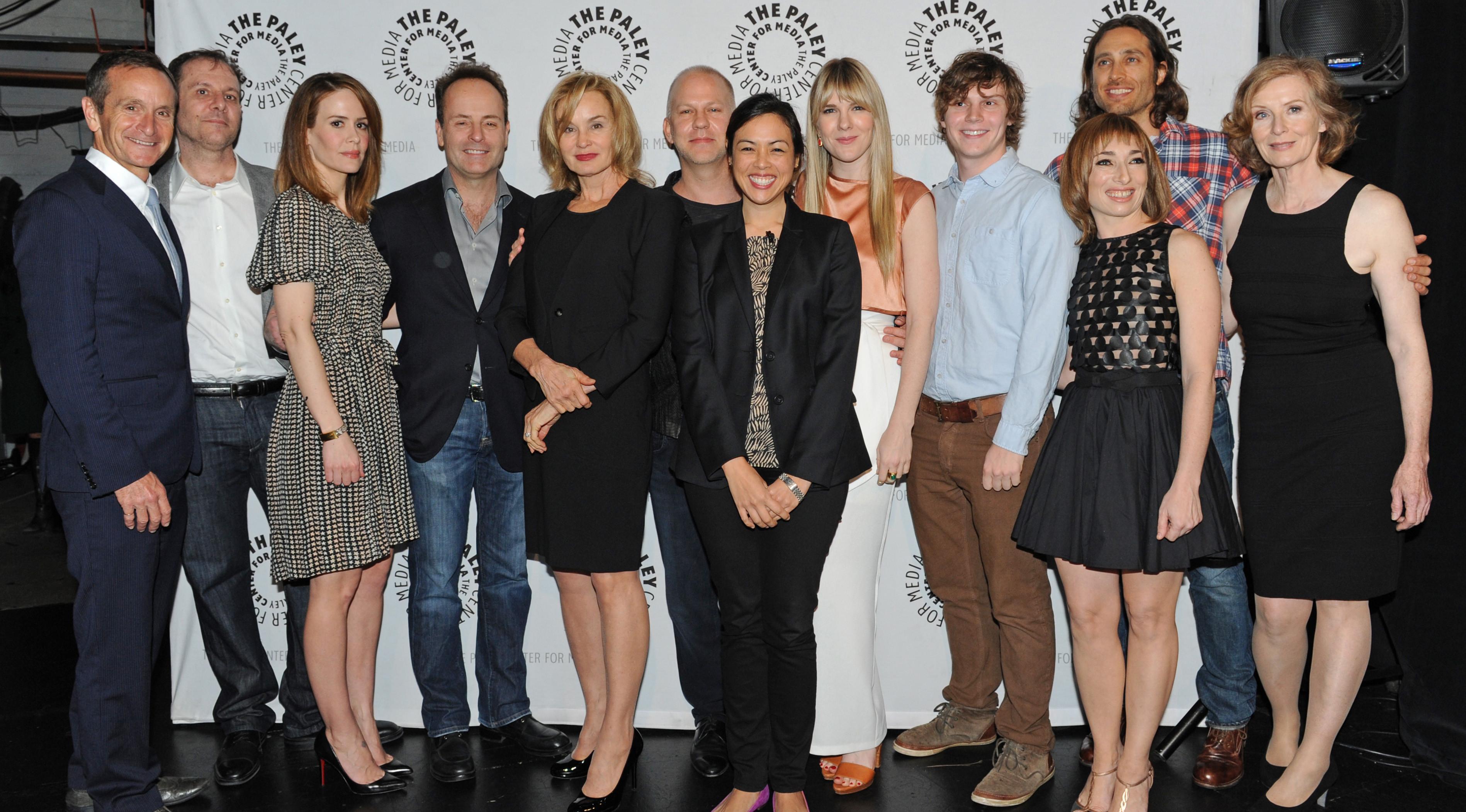 Things got a little ‘Freak’-ish when spoilers were announced for the upcoming new season. According to Entertainment Weekly, it was clarified that Chiklis will actually be playing the husband of Bates’ character and the ex-husband of Bassett’s character.

Along with the veteran actor Chiklis, was Evan Peters, as well as cast members Kathy Bates, Sarah Paulson, Angela Bassett and Emma Roberts, who were at Comic-Con for the first time.

Also, the executive producer for the show Tim Minear, also graced the  Comic-Con giving the tasteful scoop about character names including the information that the main villain of American Horror Story: Freak Show will be played by another cast veteran, John Carrol Lynch who previously starred on “The Americans,” “Do No Harm” and “Body of Proof.”

According to Minear, the fourth season of AHS will be “the best season so far.” He added that “It’s not like the first three seasons.”

While fans kept guessing of Sarah Paulson’s most challenging role so far, it was revealed earlier that she will be playing characters named Bette and Dot Tattler, who are conjoined twins. The actress said, about playing conjoined twins Bette and Dot, that there were “about 22 people working on every single shot that I do.” She compared how she felt while playing the twin to Sybil, an actual person who had split personalities and was played by Sally Field in a movie by the same name: “I feel like Sybil. I should call Sally Field and get some tips.”

Emma Roberts will play Maggie, while Kathy Bates will be playing Ethel Darling, the ex-wife of Wendell (or Evan) Del Toreado (Michael Chiklis), a strongman who is now remarried to Desiree Dupre (Angela Bassett).

Evan Peter will play Kathy Bates’ son, Jimmy. The owner of the freak show, Elsa Mars, will be played by cast regular Jessica Lange, who has been with AHS right from the first season, but was not at Comic-Con.

Other cast members for American Horror Story: Freak Show will include Gabourey Sidibe, Finn Wittrock, Frances Conroy and Wes Bentley, who plays a character who will torment Ethel Darling (Kathy Bates). Eudora Tattler will be played by Ann McKenzie, while Grace Gummer will be Penny the Candy Striper. Two other veterans AHS cast members will reportedly be returning, Ben Woolf and Naomi Grossman, who will play a character called Pepper.

There were many cool details about the cast and characters of American Horror Story: Freak Show that were revealed at Comic-Con. While Neil Patrick Harris was not mentioned at Comic-Con as being in the cast of American Horror Story: Freak Show, if the recent tweet by creator Ryan Murphy was legit, he might make an appearance in one or more episodes. The upcoming fourth season of AHS, which will reportedly be the last one for Lange, will be set in the 1950s in Jupiter, Florida.