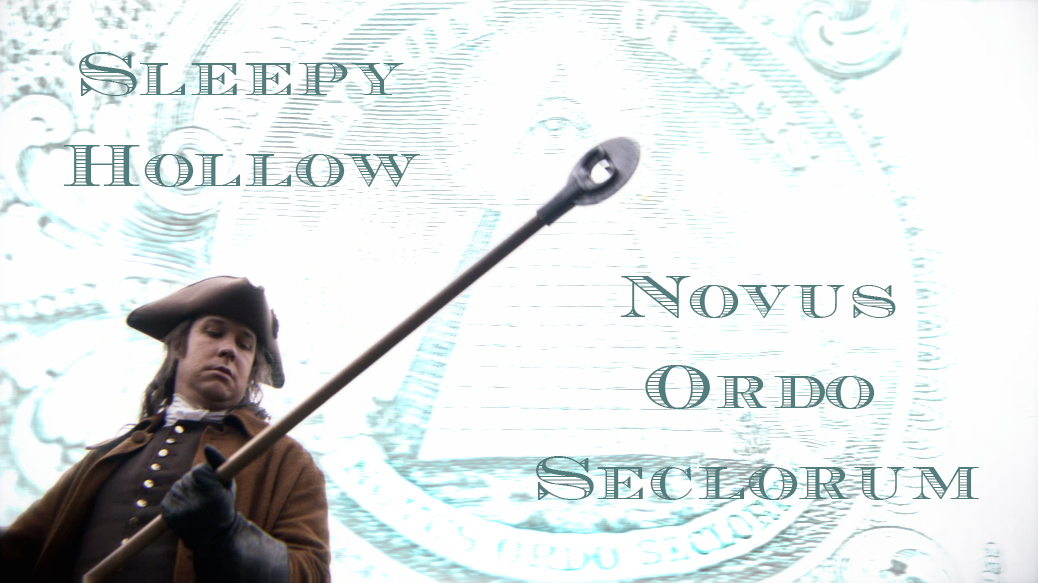 The mid season finale of Sleepy Hollow was one of the better episodes of the season. (although it truly left me questioning the competence of the writers). All the strange side stories of the first half of the season came together and exploded into a finale of almost epic proportions. 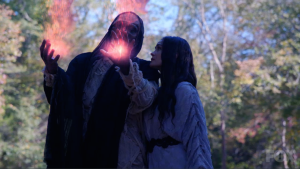 Everything is jacked up a notch in this episode. Continuing from the last episode, we soon find out that the being Pandora brought back from whatever is through the tree is a living god called “The Hidden One”. This is the first instance where I question the writers competence. With all the Egyptian reference and iconography in this season (Eye of Anubis, Pyramids, Hieroglyphics, etc) Why did they give the “Living God” such a generic name? Shouldn’t he be a pharaoh (who were considered living gods) or an actual Egyptian god?

The Hidden One must remove his power from Jenny, and he must do it slowly to avoid killing her and loosing what power is still in her when she dies. This gives our witnesses (and Joe) time to come up with a plan.

Abbie is meeting with her boss Reynolds, and neither are happy about what is going on. Abbie is out of her mind upset about the bad guys having her sister. Seriously out of her mind. So much so, that it seems like we are watching Nicole Beharie playing a different character. Although her demeanor in the episode is played extremely well by Beharie, and is needed to explain the choices Abbie makes at the end of the episode, it is still jarring, and (imho) poorly developed by the writers.

Reynolds is also very upset about his case against Nevins being shot to shit by this whole Abbie / Jenny thing, and is even more frustrated when Abbie refuses to confide any of the details of what is really going on with him. This is also a problem I have with the writing. Maybe it is more of a missed opportunity. If Reynolds is specifically chosen to head up this taskforce to bring down Nevins (who seems to be just a smuggler of black market antiquities), and is also part of some secret government group that is honing Abbie to be a part of the secret operations… couldn’t we have had more clues dropped in earlier episodes that Reynolds had an interest in the occult or supernatural? Shouldn’t that have been the driving force between Abbie and Reynolds relationship at Quantico instead of some strange red herring of a love story?

Anyway, Pandora seems to dispatch Nevins (with a cute joke about her husband “the Hidden One” being upset that she let someone else use her box”. These leads to another confrontation between Abbie and Reynolds where Abbie hands in her badge and gun. Her sister is obviously more important then her job. We latter see Reynolds on the phone informing his superiors that they “lost” the asset they were cultivating. Then we see Reynolds leaving a message to try for Abbie to try to talk her into reconsidering her resignation… Was this prompted by Reynolds phone call to his superiors?

Abbie, manages to steal some munitions from the FBI, as well as the container for the Eye of Anubis (that we found out was forged from the staff that originally held it by Paul Revere.) Abbie also find Nevins book that he used to summon last episodes berserkers, and Ichabod decides he may find a way to summon something else from Pandoras box with it. Then Abbie, Ichabod and Joe head out to Pandora’s lair armed to the teeth to try to get the evil out of Jenny and bring her back.

Major Spoiler Alert: Please watch the episode before continuing to the cliffhanger ending below. 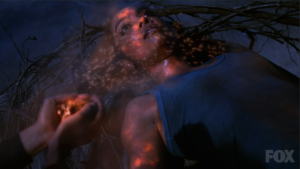 Ichabod and Abbie head inside Pandora’s lair while Joe stays outside to deliver some “shock and awe” via a grenade launcher. Ichabod breaks away to cause a distraction by messing with Pandora’s box which leaves him and Pandora in a summon-off. Abbie incapacitates The Hidden One for a moment and starts sucking the eye out of Jenny. The Hidden one gets back up quickly though and interrupts Abbie. He shatters the holder for the eye. Another grenade thing puts old Hidden One out of commission again, and Abbie uses the pieces to of the eye holder thing to get the remainder of the power out of Jenny.

However, the broken eye holder thing is unstable, and the power of the eye is looking like it is about to explode taking most of sleepy hollow with it. Abbie tells Ichabod to take care of Jenny and runs into Pandoras tree before the eye goes critical.

Many people are speculating that this killed Abbie. Although this is possible, I find it unlikely (the writers on this show have done some dumb things in the past, so it could be). This show revolves around Ichabod and Abbie. Without either, there is no show. Also, the tree that Abbie went into is the same one that Pandora just brought a long dead mummy “god” out of. So I find it unlikely that you will die in a resurrection tree… Of course, it is highly probable that we will spend a large portion of the rest of this season trying to get Abbie back from whatever netherworld lies on the other side of that tree.

Whatever happened to Abbie, we will have to wait until February 5th to find out…