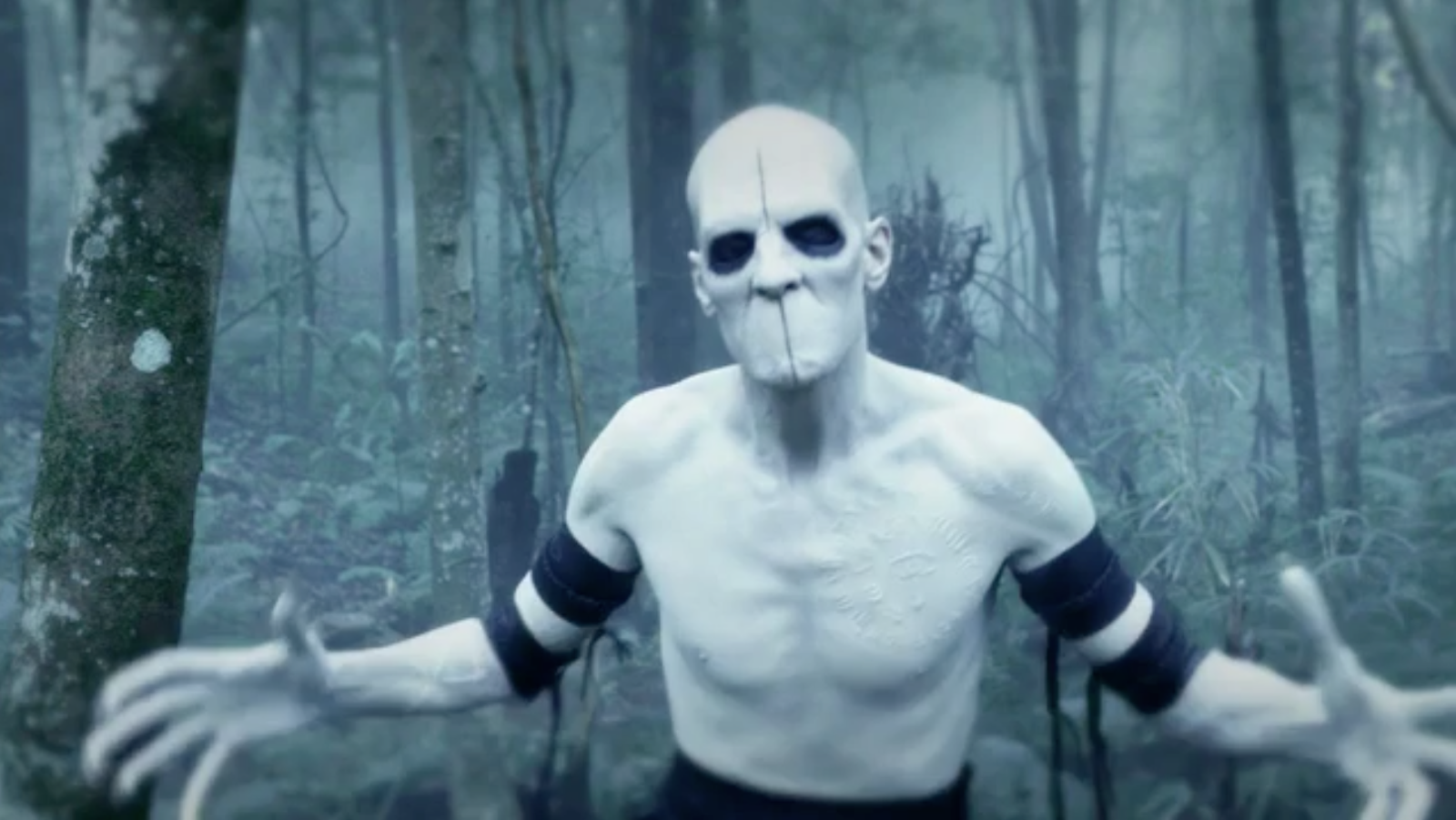 For the Triumph of Evil 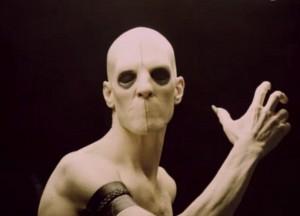 “Why are you deceiving us? What did you see? Abbie! Stop lying Abbie. The truth will set you free,” says Ichabod in another vision/dream Abbie has about a situation where Crane is interrogating her younger self. She wakes up to a phone call and heads to where she had been called. There a woman is at the verge of jumping off a building and she asks to speak to Abbie; it is the same Forensic psychologist from Abbie’s dream. However, Abbie has never seen not heard of her before. Abbie does the only thing that makes sense; she walks upto Dr. Vega and figures out that their connecting dot was Abbie’s younger sister Jenny. Dr. Maura Vega says that she knew Jenny was telling the truth and she believed her but still lied about it. She said she deserved “this”. Her eyes were glazed white and when the captain and Ichabod tried to get a look at the eyes of the dead body, they were reduced to ashes. It is then revealed that Dr. Vega was one of the first psychologists assigned to Jenny. Not understanding the literal meaning to any of this, Abbie tells Ichabod that she had seen him, Dr. Vega and a faceless monster in her dream. Ichabod labels it as a prophetic dream while Abbie struggles with the idea of being a capital “W” witness that she is foretold to be.

Abbie and Ichabod investigate further into Dr. Vega and in her private inscriptions they find some acknowledgements about how she believed things told by Jenny. But she kept her thoughts to herself and let Jenny remain institutionalized. Abbie ponders over how she had said that they all had it coming but cannot quite relate to it. Ichabod says that the monster that presumably killed Dr. Vega was sent by their enemy and for further answers they should go and speak to Jenny. Abbie is reluctant to do so but Dr. Vega’s warning has a more powerful effect than we thought. 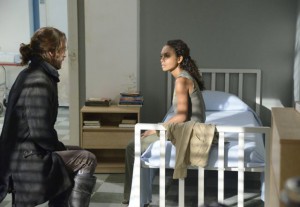 As they reach the sanatorium, Abbie learns that Jenny is in a ward numbered 49 and it rings a bell. She recalls the vision she had in which the deceased Sheriff had asked her not to be afraid of the number 49. Jenny refuses to speak to Abbie but agrees to let Ichabod in. Jenny says that her curiosity got the best of her. She asks whether the “tall, dark and British” man’s friends call him “Icky” and Ichabod replies, “Not if they wish to remain my friends.” Personally I like Jennifer Mills far more than Abbie Mills. She can actually pass as my favorite character on the show, right after Ichabod of course. So, Ichabod breaks the details of Dr. Vega’s death to Jenny and asks her for help. She replies that it’s all over but the crying. “My conscience is clear,” she says, “Ask Abbie is she can say the same.”

Ichabod asks Abbie for more information on the cause of the disputes between the sisters. Abbie hesitatingly tells him the rest of the story. Apparently the girls lost consciousness right after seeing the trees and the demon and they woke up 4 days afterwards. The whole town had been looking for them and finally a rancher found them. When they were asked about what had happened, Abbie asked Jenny to keep her mouth shut but she told them everything instead. She said that she saw a pale skinned man come out of the ground and that Abbie and the rancher saw it too. When Abbie was asked, she bluntly refused to having seen anything and so did Mr. Gillespie, the rancher. This ticks in Ichabod’s mind and he feels that next in line of falling victim to the faceless monster might be the rancher.

Meanwhile in the police department, there is announcement of trace of gunfire at the Gillespie residence. The captain and his team encounter Abbie and Ichabod both the investigations lead to a single spot. Apparently, Mr. Gillespie has his wife at gunpoint and is asking to speak to Abbie. The lieutenant is astonished to see the man’s eyes glazed white. She tries to talk him out of hurting anyone but ends up learning that I was she who was the next target of the sandman. The rancher says that next time Abbie fell asleep, she’ll be dead.

Abbie starts connecting the dots and all of it seems to be falling into place finally. Abbie realizes that all the victims and herself, being the future victim, have been unfair to Jenny. All three of them knew the truth but remained silent, not doing anything to help Jenny out when she needed their help. They decided to help their selves and let Jenny go through the hardship alone and now this was going to cause their doom. 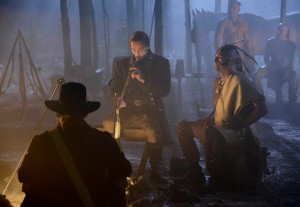 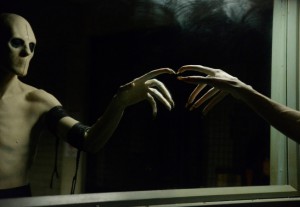 They drink a tea which would put them to sleep and take them there and scorpion venom would help them control their actions in the dream. And so they venture into the unknown. They both encounter the sandman who shows Abbie the event of the interrogation when she turned her back to her sister when she needed her the most. Abbie is scared at first but just as the sandman is about to attack Ichabod, she gathers courage and faces the monster, telling him that she had been dominated by fear once which made her betray her sister but she will not do it again. The sandman, upon hearing this, turns to a glass statue and Abbie makes him shatter to sand by hitting him with a chair.

By the end of the episode, Abbie tries to keep her word and goes to pay her sister a visit. But Jenny is not only reluctant to speak to Abbie, she is in fact missing from the psych ward! 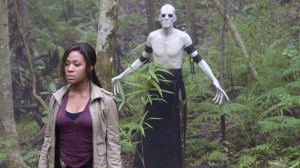