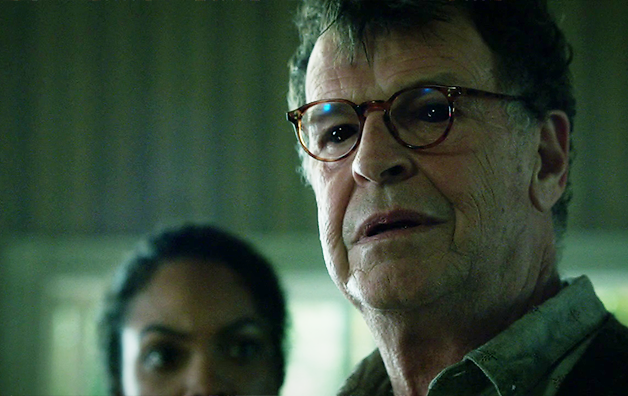 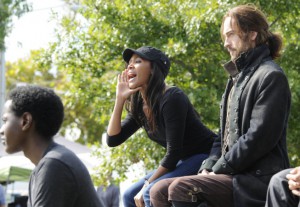 Abbie and Ichabod are enjoying a baseball game, rather shouting at the umpire and Ichabod does do even before the call has even made, that’s so him. Both the witnesses are putting up an effort to relax and enjoy the tranquility for as long as it lasts. And not to our surprise, it doesn’t last long enough.

Ichabod is abducted and soon Abbie has a vision, in which she is initially chased by the headless horseman and then she witnesses four witches dressed as widows. Katrina Crane has apparently tried to reach Abbie let her know about Ichabod’s abduction and that they were in danger of the horseman. She says that the witnesses are the only ones who can stop him and that there was a way Ichabod’s blood tie with the horseman can be broken. Abbie learns that Ichabod must be sanctified with the help of one sin-eater. Before Abbie can learn the details, she steps out of the vision. 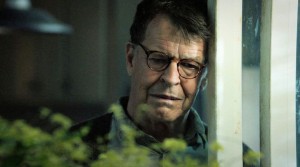 Abbie explains the whole situation to Captain Irving and the fact that they had to do something to stop the horseman, who will otherwise be the cause of massive catastrophe. She reveals that as the blood of the horseman and Ichabod got linked on the battlefield, they cannot hurt the horseman without affecting Ichabod. It takes some convincing but it seems as though the captain has finally prepared to help Abbie find the sin-eater. Next thing you know, Abbie is visiting her sister, Jenny, to gather knowledge about a sin-eater and it seems like Jenny apprehends the gravity of the situation. A sin-eater is apparently a man with the power to swallow one’s sins to rid one of evil. The man with the ability to sanctify indeed existed. Abbie gets Jenny out for 24 hours to help her track down this sin-eater. 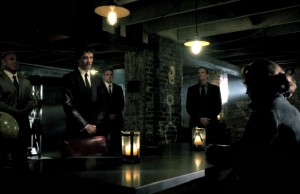 Ichabod is undergoing an investigation with a freemason, which Ichabod deduces with his surprising Sherlock-ish manner. The freemason needs Ichabod to prove that he is who he says, that being a fellow freemason. The mason asks Ichabod, when was it that he first heard the phrase “order from chaos” which results in flashbacks. Apparently a dying man, Arthur Bernard, had said it to Ichabod. The man had been suspected of treason by the British for the publication of some document advocating the American rebellion. Even though he refused all accusation, he was interrogated for long and Ichabod had been in charge of this interrogation, being promised a promotion if he could gain a confession. This is when Ichabod first encounters Katrina, whom he later marries. 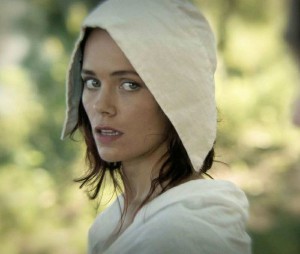 Katrina was a nurse, giving Ichabod the hard talk for holding Arthur captive but she was stopped by Arthur, who thought he was in good hands. Katrina later meets him again after execution of some people held guilty of treason. One of them was hanged in front of his young son. Ichabod goes to his coronel with his oozing conscience but his words are ignored and soon he sees what Arthur Bernard had warned him of, a demon-ish reflection in the coronel’s face. Katrina reveals to Ichabod for the first time that he is the one who bears witness. Ichabod is confused but he does realize that there is more to the war and to the whole of humanity than he can see with the naked eyes.

The sin-eater turns out to be a hard man to find. But the sisters figure out that the man adopts the identity of deceased men and they are able to trace the last name he had used. His authentic name is Henry Parrish and he doesn’t seem too inclined to help them. Abbie lets out the story of the horseman and his connection with Ichabod and the moment Abbie touches the man, he is able to generate a vision of where Ichabod is. He says Ichabod is kept somewhere underground and he describes a sign with a square and a compass which Jenny identifies as the symbol of the freemasons and that is all he lets out. 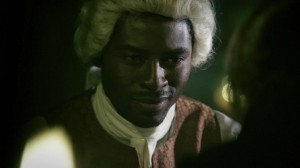 More on the history lesson, the coronel commands Ichabod to take Arthur to the woods and shoot him but Ichabod spares his life and tells him to flee, however, Arthur is eventually shot by a monster-like creature. Ichabod somehow manages to go to Katrina and say order of chaos to her, like Arthur Bernard had asked him to. After these stories, the freemasons welcome him as a fellow brother, however not a warm one. The freemasons want Ichabod dead, for the greater good. They, along with Ichabod, believe that the trick to stopping the horseman was to stop the horseman was to kill Ichabod. Since they are linked and the rise of the horseman caused Ichabod to rise too, it only makes sense that the death of one will cause the demise of the other.

The sisters manage to track down Ichabod but Abbie fails to talk him out of his suicide mission and she watches as he devours poison. But no, he is not dead, not yet. The sin-eater has come to the rescue and with his rather absurd technique (he actually tastes Ichabod’s blood!), he summons Arthur Bernard. Bernard tells Ichabod how it was wrong of him to keep accusing himself for whatever had happened to Arthur. There is nothing more that he could have done and the horseman was feeding on his guilt. Ichabod takes Arthur’s advice and decides to free himself from the guilt he had been burying himself into. After a while, Ichabod was sanctified. So, for all we know now, the bold between the horseman and Ichabod has been broken and no event related to one of them will affect the other in any way, good or bad. 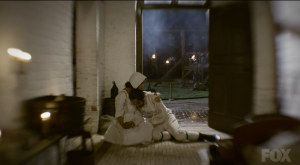