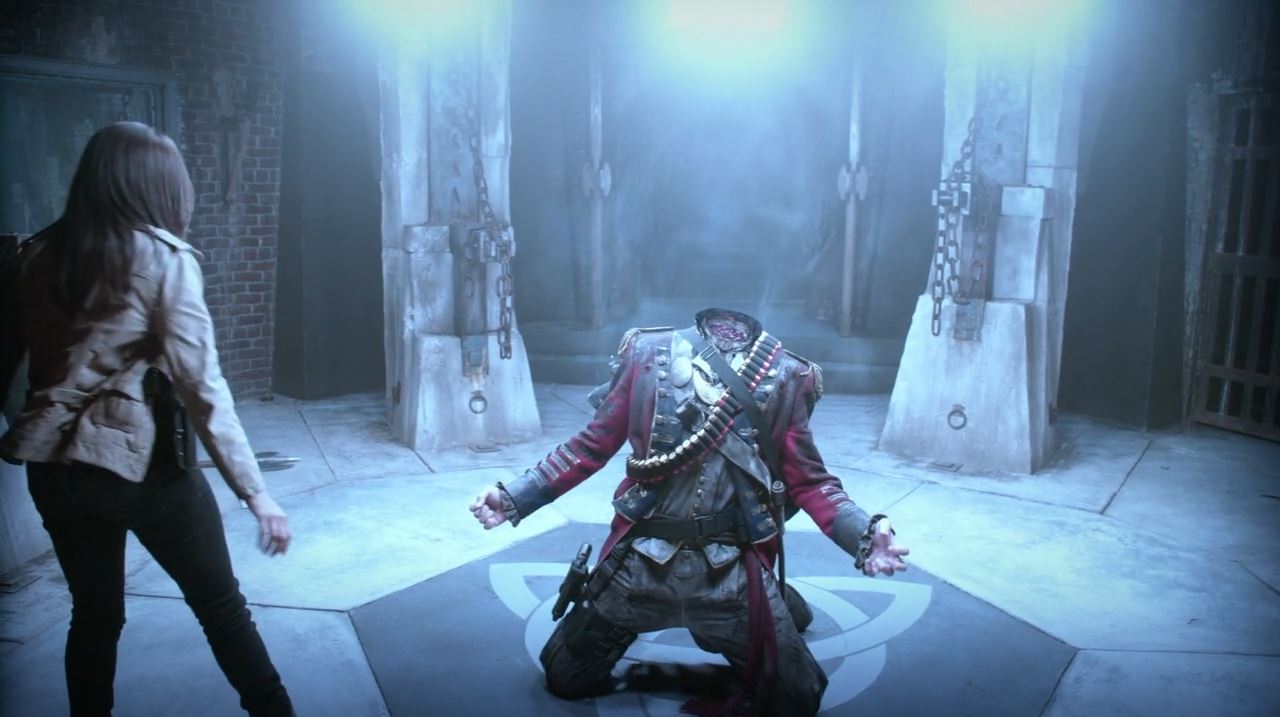 The Regulars are coming, spread the word!-is what the whole town is saying and warning each other of. And then, enter the horseman, chasing and brutally severing heads.

At present day, Abbie and Ichabod are preparing for the horseman, who they are expecting will attack after dark, now that Ichabod had no ties with the horseman, it makes his life dispensable. Abbie tells Ichabod to go to the masons who have information on how to exploit the horseman’s weaknesses, while Abbie goes to fetch Corbin’s shotgun. When Abbie gets out of her car, she encounters her ex, Luke, who asks her to a date and Abbie accepts. Their conversation had been overheard by Andy, who later visits Luke and warns him off about a war and tells him to stay away from Abbie and then, vanishes into thin air. 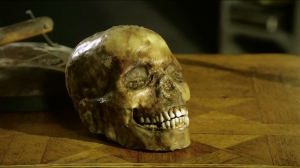 Ichabod leaves Abbie a voice mail (and the voice message is just purely adorable!) to come and join him and the masons in their discussion, but when Ichabod arrives, something seems unjust. Crane finds the bodies of his fellow masons, separated from their heads. Abbie arrives in the meantime and together they see the horseman leave on the back of his horse. Irving investigates and finds the situation fairly similar to the previous severed dead bodies, except, the heads are missing this time. A raging Ichabod, at the loss of his brothers, furiously looks for the information the masons were talking about but with no luck. But after a while, Crane figures out that the horseman must have come to the place looking for his skull which, as Katrina said, would help the other three horsemen to rise. So, Ichabod and Abbie make it their next mission to get rid of the horseman’s skull, and this time, for good. 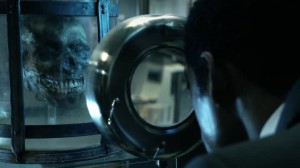 Abbie and Ichabod go to Captain Irving to ask for the skull which was kept as evidence. It takes a considerable amount of convincing, but Irving finally heads over to the lab where the skull was kept. The forensic, Paul, says that the skull had no DNA markers or cell structure. But before Irving can take the skull and get out of there, the authentic owner of the skull arrives. The Captain has a close encounter with the horseman and with death but he manages to get out of there in one piece, however, the horseman gets Paul. Irving returns to Ichabod and Abbie and it looks the man has finally let go of his skepticism. He says that all the surveillance cameras were cut out, leaving no evidence of the horseman ever being there. Abbie adds that he cannot be seen until he wants to be seen. Irving now not only believes Ichabod and Abbie, but now is on their side. So, now that they have the skull in hand, they move on to trying to destroy it. Starting from trying to boil it down to hammer it to trying to make it explode, but nothing seemed to work, the only object they broke was the hammer itself.

Icahbod freaks out, seeing four lanterns lit in a car port and goes to check it out. When he and Abbie go closer, they find the four heads of the freemasons, lit and hanged by the skulls. Ichabod realizes that the horseman’s weakness must be specified in a manuscript he had once seen in his past life. 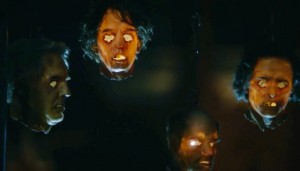 In quest for the manuscript, Ichabod and Abbie arrive at a museum where Icahbod is traumatized by what the children are being taught about the history of the men Ichabod once worked with. He calls it “apocryphal” and goes on trying to correct them when Abbie intervenes and escapes the place. It is hilarious to see Ichabod lose his mind of fallacious history lessons! Abbie informs Ichabod that even though the manuscript was all the way in London, they could access it online. When they do get ahold of the manuscript, Ichabod figures that they needed a code word to decrypt the writing, a Vigenère cipher. Turns out, the code word was written on the back of the teeth of the horseman, the password being ‘Cicero’. 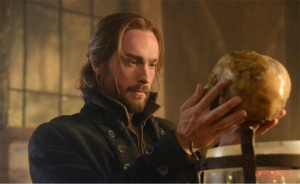 Meanwhile, Abbie makes a quick call to Luke, who is still having a tough time wrapping his head around everything that Andy told him and decides to let Abbie’s call slip. Abbie leaves a message, politely cancelling and when she is done with it, she finds Andy sneaking up behind her. Andy tells Abbie that he is trying to protect and help her. Ichabod tells Andy to go and inform the horseman to get his head at the cemetery at nightfall. After Andy leaves, Abbie tells Ichabod that Andy told her the horseman cannot be killed, only trapped and Ichabod already figured out how to do so.

Turns out that the horseman can be trapped by sunlight, it being his only weakness. 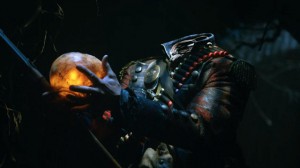 Abbie suggests that they can use UV rays, artificial sunlight to trap their enemy. They make numerous dummy skulls and even Irving helps, now that they had a mutual understanding and are all on the same team. The plan is to trick and trap the horseman in a cell belonging to the free-masons, protected by supernatural barriers.  At sundown, the horseman arrives at the cemetery where he chases Ichabod, also on a horse, down to the tunnel where all the mock-skulls are lying around, to confuse the horseman. Abbie pretends to have broken an ankle and lies on the ground in a room with UV lights and the horseman follows her. So, they successfully trap the horseman in that room, well for now they do.