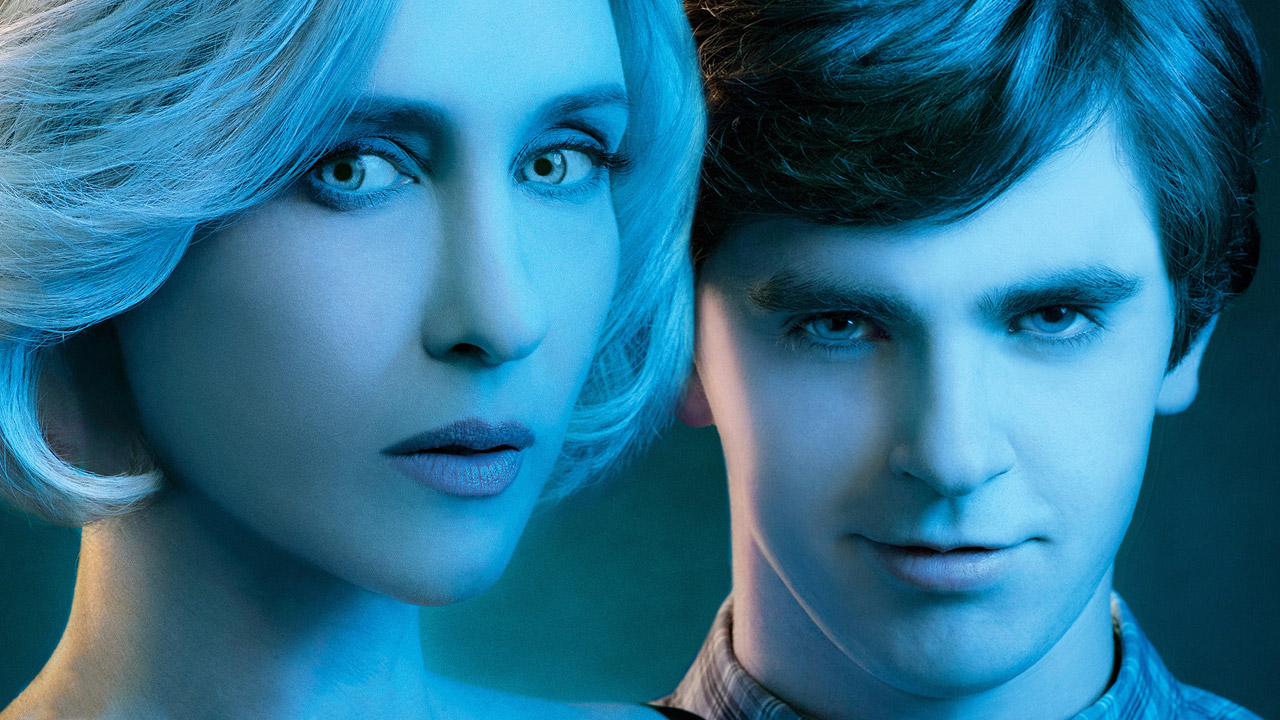 Previously on Bates Motel, Norma’s brother Caleb is in town which is seriously affecting Norma’s life and her kids’. After Dylan’s failed attempt of throwing numerous questions at Norma’s direction, a fight between her sons finally seems to have done the trick. Norma, after ages of secrecy, at last confided to her sons that Caleb was Dylan’s father. 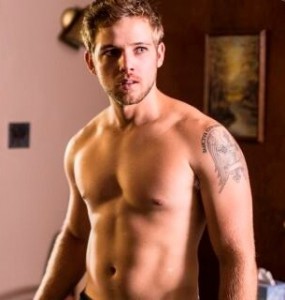 Remember last episode when Emma had set her mind on making bad choices with Gunner? So, this morning it looks like she got her wish. Emma wakes up next to Gunner, minus the oxygen pipes stuck to her. She sneaks out as quickly as she possibly can and while she is putting her shoes on, breathing and coughing heavily, a woman complains about a man passed out in his car. Emma runs out to find Dylan with his head hanging out of his car window. There hasn’t been any accident expect he has got accidental puke all over himself and his car. Emma, failing to wake or move Dylan, goes and calls Norman for help. So, they manage to move Dylan to one of the rooms in the motel when Emma starts to ask all sorts of questions about what happened to Dylan which Norman refuses to answer. Norma arrives at the scene and takes control of the situation. After leaving Dylan in bed, soundly asleep, Norma immediately drives away to reach the place where her brother is staying. She glares from outside but cannot get herself to step out of the car to confront Caleb. She drives away, weeping.

After Dylan is up, Norman tries to be a helpful younger brother and gets him breakfast and a clean shirt. Dylan asks Norman for how long he had known about the dark secret of Dylan’s origin which Norman tells the truth about as he hadn’t had known about Dylan’s connection with Caleb until, of course, the last night. Norman adds that whatever his mother said doesn’t change anything and that they are still the same people and nothing needs to change. Dylan gets agitated and tells Norman that maybe there is also a piece from his past, that he has no consciousness of, hidden from him (referring, of course, to the truth behind Norman’s father’s death which Norma has kept concealed from Norman). That is as much as Dylan lets out and tells Norman to leave him alone and so he does. 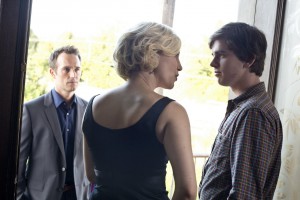 Christine calls Norma again and this time Norma manages to politely decline the offer to meet at a restaurant with her and her brother. Later when Norma is busy stress cleaning, Christine shows up at her doorstep, saying that she knows that Norma is afraid to put herself out there. She gives a lecture about how Norman wasn’t going to be there forever and that Norma needs to look forward in life. Norma is still reluctant but Christine says she wasn’t going to take no for an answer and acts accordingly. When George comes to pick Norma up, Norman starts reflecting creepy expressions, much like the ones he was shedding watching his mother, unzipped, earlier in this episode. The date itself doesn’t go so well when Christine’s husband, Peter, brings up the bypass and seems all excited about it, which upsets Norma. So, all in all, nothing is going right for poor Norma Bates.

Dylan encounters Caleb again and when he tries to talk, Dylan lets him know what he had learned from his mother. Caleb says it wasn’t exactly like that and that it was a long time ago. So, a lot of vague answers basically but he mentions that Norma wasn’t lying. Caleb adds that Norma got pregnant in high school and married her boyfriend who is Dylan’s father. Giving Dylan’s money back to him, Caleb says that he shouldn’t have gone there in the first place. When Dylan interrogates Norma about this, she says that she never told Caleb about Dylan being his son. Dylan accuses Norma of using him to get away from her family and get her boyfriend to marry her. It sure does seem that way. She got pregnant by her brother and let her boyfriend think that the baby was his, which allowed her to leave home and move away. Instead of getting an abortion, she used the baby as an opportunity for herself. When Dylan says all this to Norma, she tries to defend herself by telling him that she was helpless and had no power to stop her brother and that she wasn’t at fault here. Dylan refuses to feel too bad for her and moves away from the house. 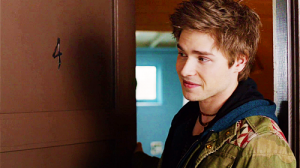 So, Emma spends all day trying to stay away from Gunner but manages to confront him finally and asks about what exactly happened between them last night. Gunner assures her that they never had sex, she only got wasted so he had to bring her to the motel. When Emma says she was relieved to know that, Gunner gets confused and queries about it. Emma explains that she wanted her first time to be special and memorable, considering that it might as well be her only time. Gunner is satisfied with the answer, especially as Emma says that she would like to sleep with him. So, they part, both looking quite pleased and Emma giggling like a little girl.

Cody shows up suddenly, frantic as Norman never showed up at work causing her to do all the painting on her own. She leaves her number on his arm, asking him to call her next time. Emma recognizes Cody, letting Norman know that before he joined, she used to go to their school but then she dropped out. While Cody and Norman are working, Norman lets Cody know that was tensed for his mother as his abusive uncle was now in town. Cody suggests beating him and making him leave. Norman says that he could never do something like that, ah, the irony! 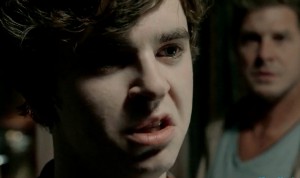 Norman still participates in the plan initially and at one point starts to visualize sexual encounters between his mother and Caleb. Norman then freaks out a little and makes Cody drop him off at his place. But after overhearing a conversation between Dylan and Norma, right before Dylan storms out of the house, he goes back to Caleb’s motel. Caleb tells Norman to leave but Norman starts getting the visions again, causing him to step into his split personality. He becomes him mother, that is, starts telling Norma’s story in first person. Caleb, already having his luggage packed, beats Norman up and leaves. Norman is then fetched by Cody, as the woman who found him also found Cody’s number on his arm. Well, Caleb is out of the picture for now which is good for Norma. But some part of me was hoping that he would stay long enough to tell his side of the story which would differ from that of Norma’s and certainly be less tragic and less messed up.

Aside from all the family drama, Romero gives the newcomer, Zane, a little warning to take a note down, considering how he was on a killing spree since his brother’s death. Zane does take the warning seriously enough to set Romero’s house on fire. This is likely to become quite a factor in the upcoming episodes of Bates Motel.