NBC Renews Grimm and Other Shows 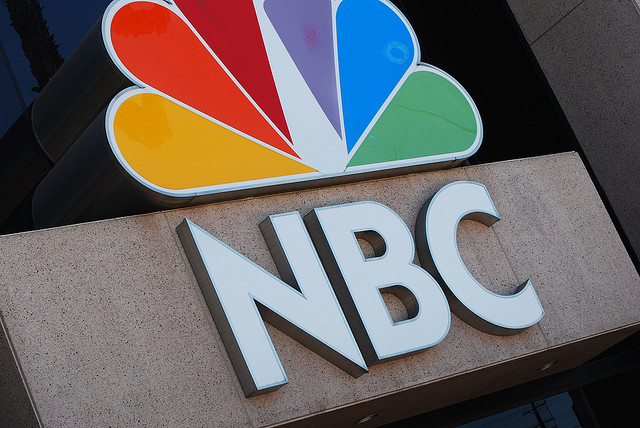 NBC has renewed Grimm plus two other drama shows and a comedy series. Aside from the hit supernatural show, the peacock network also renewed Chicago Fire, Chicago P.D., and Parks and Recreation. The 2014-2015 line up also includes The Blacklist, The Voice, and Celebrity Apprentice.

NBC is currently the top rated network among broadcasters in the advertiser coveted 18-49 demographic and has improved 20% compared to last year’s performance. This season, they enjoyed their highest rating 25 weeks into this season in six years. The renewed scripted dramas plus the comedy Parks and Rec marks the first returning series to ear early pickups. All of the four shows have come from NBC’s studios counterpart Universal Television.

From The Hollywood Reporter:

“Grimm, meanwhile, will return for a fourth season after raking as Friday’s No. 1 broadcast series among adults 18-49 with a 2.5 rating. The series is up 4 percent year-over-year season-to-date compared to season three and its 8.1 million total viewers average is up 17 percent vs. a year ago. The series is executive produced by Sean Hayes‘ Hazy Mills and continues the actor-producer’s relationship with NBC, which also has a sturdy performer in celebrity reality competition series Hollywood Game Night, though Sean Saves the World has been canceled. NBC has used Grimm in a bid to launch a supernatural-themed Friday this season, pairing it with rookie Dracula, which is not considered likely to return.”

“From renowned, Emmy Award-winning executive producer Dick Wolf (“Law & Order” brand) and creators Derek Haas and Michael Brandt, the writing team behind “3:10 to Yuma,” comes the high-octane drama “Chicago Fire,” – an edge-of-your-seat view into the lives of everyday heroes committed to one of America’s noblest professions. For the firefighters, rescue squad and paramedics of Chicago Firehouse 51, no occupation is more stressful or dangerous, yet so rewarding and exhilarating. These courageous men and women are among the elite who forge headfirst into danger when everyone else is running the other way and whose actions make the difference between life and death.”

“From Emmy Award-winning executive producer Dick Wolf and the team behind “Chicago Fire” comes “Chicago P.D.,” a riveting police drama about the men and women of the Chicago Police Department’s District 21 who put it all on the line to serve and protect their community. District 21 is made up of two distinctly different groups: the uniformed cops who patrol the beat and go head-to-head with the city’s street crimes and the Intelligence Unit that combats the city’s major offenses – organized crime, drug trafficking, high profile murders and beyond. The vast responsibilities that these jobs entail extend far beyond the walls of the precinct, often taking an emotional toll on personal lives of these men and women.”

Other shows like Community, Law & Order SVU, Parenthood, Hannibal, and Revolution, as well as first time series Growing Up Fisher, About a Boy, Believe, Crisis, Undateable, and The Night Shift will be determined closer to the NBC’s network presentation to Madison Avenue ad buyers in May. Shows The Night Shift and Undateable have yet to premiere. The Michael J. Fox show is not expected to return as it was yanked from its schedule with still a handful of episodes yet to air.

From all of the shows listed Parenthood will most likely comeback, as well as Community and Hannibal.