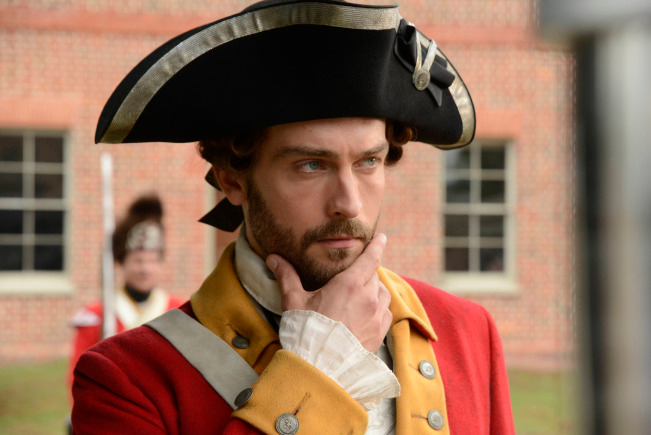 It’s still a long wait before we see Ichabod Crane and the gang. But this won’t stop us from knowing what we can expect from Sleepy Hollow season 2.

The producers and the stars of the hit Fox show were at PaleyFest to talk to fans by answering their questions.

It’s already been two months since the shocking finale, which put our favorite characters in different states of limbo. Just a refresher, just in case you forgot (spoiler alert!). Henry Parish was revealed to be the 2nd horseman of the apocalypse and Ichabod and Katrina’s son Jeremy. Abbie Mills was stuck in purgatory, and Ichabod was thrown in a pine box.

Now, what’s exactly is in store for the sophomore season?

“[Henry’s] going to be in town. It’s going to be a major presence in season two,” executive producer Mark Goffman said of the sophomore season. “It’s a season about war, it’s a season about redemption. What do you do when your son becomes the Horseman of War in the apocalypse? Ichabod is going to have to contemplate assuming he gets out of the pine box he’s in.”

The producers also hinted that there will be more villains coming in Sleepy Hollow for Ichabod and the Scooby Gang to fight. Although the producers were tight lipped on the particulars, they did give some information that can help us guess who they might be. “War doesn’t work by itself,” co-creator/executive producer Roberto Orci teased. “There are a lot of amazing foot soldiers coming, familiar and also original.”

One of the things we wanted to bring to light was who best to be an opponent for the Horseman and creating a new creature that actually our team kind of controls but doesn’t — a dangerous creation that Headless will have to come to face — possibly with his own face,” co-creator/executive producer/director Len Wiseman shared, likening the new villain to being “as evil and as scary as Headless.” Joked co-creator/executive producer Alex Kurtzman: “Dick Cheney.”

This new foe will have something that belongs to the headless horseman: “What would that be? His head,” Wiseman said. Aside from the supernatural beings and monsters that will pop up next season, there will also be more interesting characters that will live in Sleepy Hollow. Goffman revealed: “Some people who will be populating the town this season.”

Detective Irving might also spend a little bit more time in jail as the producers are using this as an angle for the story. “Who’s going to be in charge of law and order in Sleepy Hollow?” posed Goffman.

The 2nd season will also put a spotlight on the Cranes as their dysfunctional family will be facing a very complicated dilemma. The big problem is that, how can they battle the 2nd horseman of the apocalypse if it’s their own son. “It strikes the fundamental question about hope and redemption. Is anyone beyond redemption and hope?” Goffman said.

With all of the new information that we’ve got from the producers and the cast, I’m pretty sure that season two is going to get interesting and very entertaining.