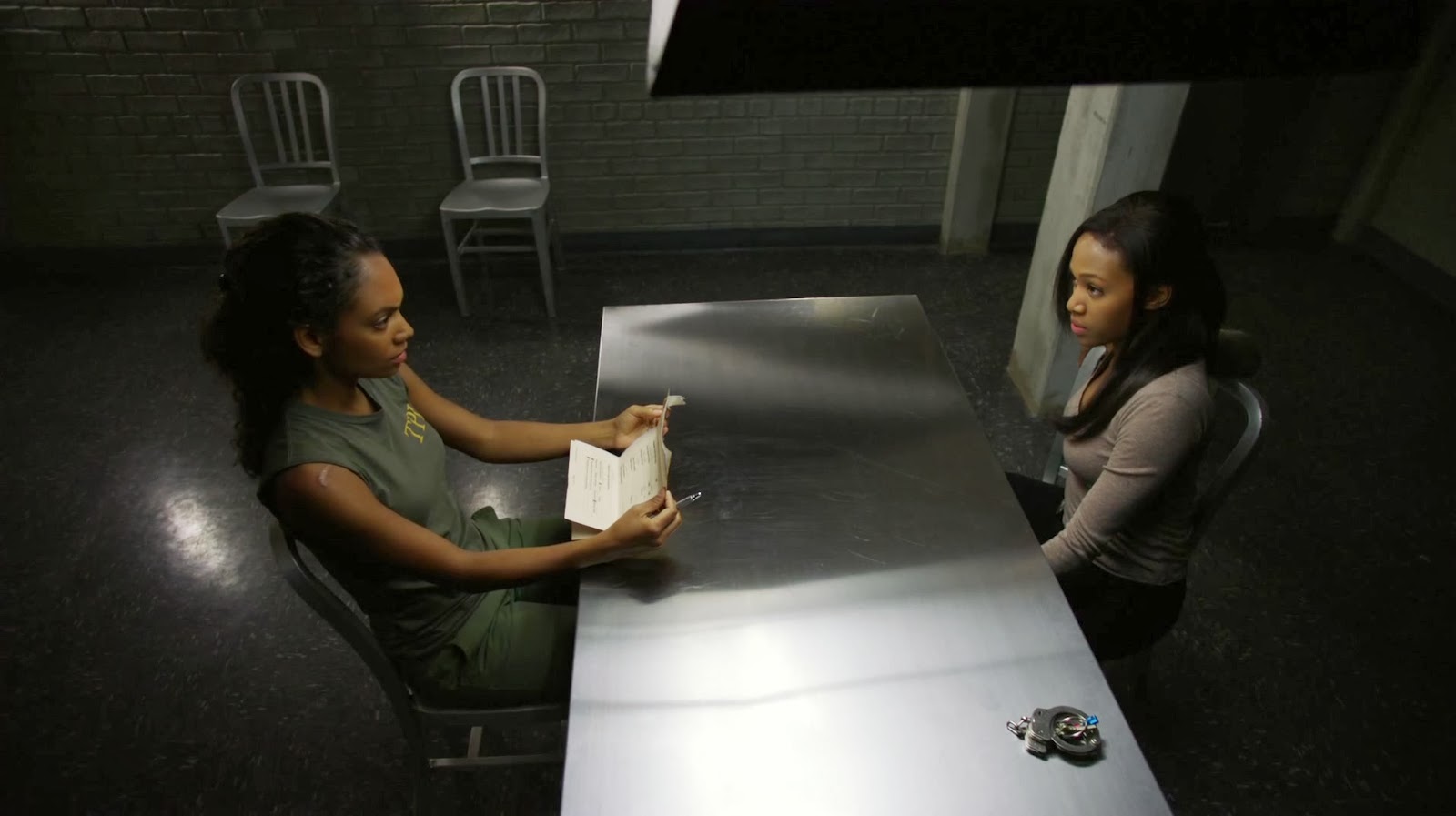 We certainly won’t know exactly when or how Sleepy Hollow Season 2 will resolve the issues between the two estranged sisters of the first season Abbie (Nicole Beharie) and Jenny (Lyndie Greenwood), since we’re aware the first isn’t really in the best place to be rekindling the relationship right now. It’s been said though that the two are set to be on the same side in the upcoming season. Also, there is a possibility of a love triangle involved.

While both sisters had rather tough childhood and teenage life having abandoned by their father and their mother who died of grief years later, Jenny was the one who was left out in an asylum because she confessed of seeing a demon while Abbie scared of the truth, denied what they saw and left her in the institution. Despite her attempts at a normal life, Abbie is still haunted by the incident in the woods and lashed out by abusing drugs and hanging with the wrong crowd. She found herself, yet again in a difficult position when she almost got arrested for a robbery she and her ex boyfriend masterminded with.  Sheriff August Corbin was the one who took her and gave her direction. Through his mentorship and kindness, Abbie was inspired to become a police officer herself.

More of the Sisters’ Family History on Season 2

Following reports citing Heather Kadin, Executive producer of Sleepy Hollow,  Abbie and Jenny will be on the same side in the new season. Kadin also drops a hint that a man is likely to come between the two sisters. “There may be a male who might get in the middle of that,”

Kadin also added that Abbie’s relationship with her mother will be explored in Season 2. “Abbie’s story this year really has to do with the relationship with her mother and a lot she didn’t know about as a child.” It is said that Abbie’s mother died years ago, but knowing the limits of the show, it has none! Dead people centuries ago are coming back to life; it will not come as a surprise if Abby’s mother turned out alive after all.

Meanwhile, it looks like Abbie is not going to find her way out of the purgatory soon, (perhaps she needs to postpone bonding with her sister).  In the Season 1 finale, Ichabod left behind Abbie in the purgatory, suggesting that he will come back for her. However, thanks to his son, Ichabod found himself immovable and burried.

When will Abbie get out of purgatory? Len Wiseman, executive producer of the show teased, “We have 18 episodes in Season 2, that’s a lot of time to get Abbie out.”

Having a new sheriff in town, seem to be that our favorite characters won’t have such a smooth sailing life as with Captain Frank Irving. The Season 1 finale also saw the arrest of Captain Irving for the crimes he did not commit.  Sleepy Hollow Season 2  which will consist of 18 episodes is scheduled to premiere on September 22, 2014.