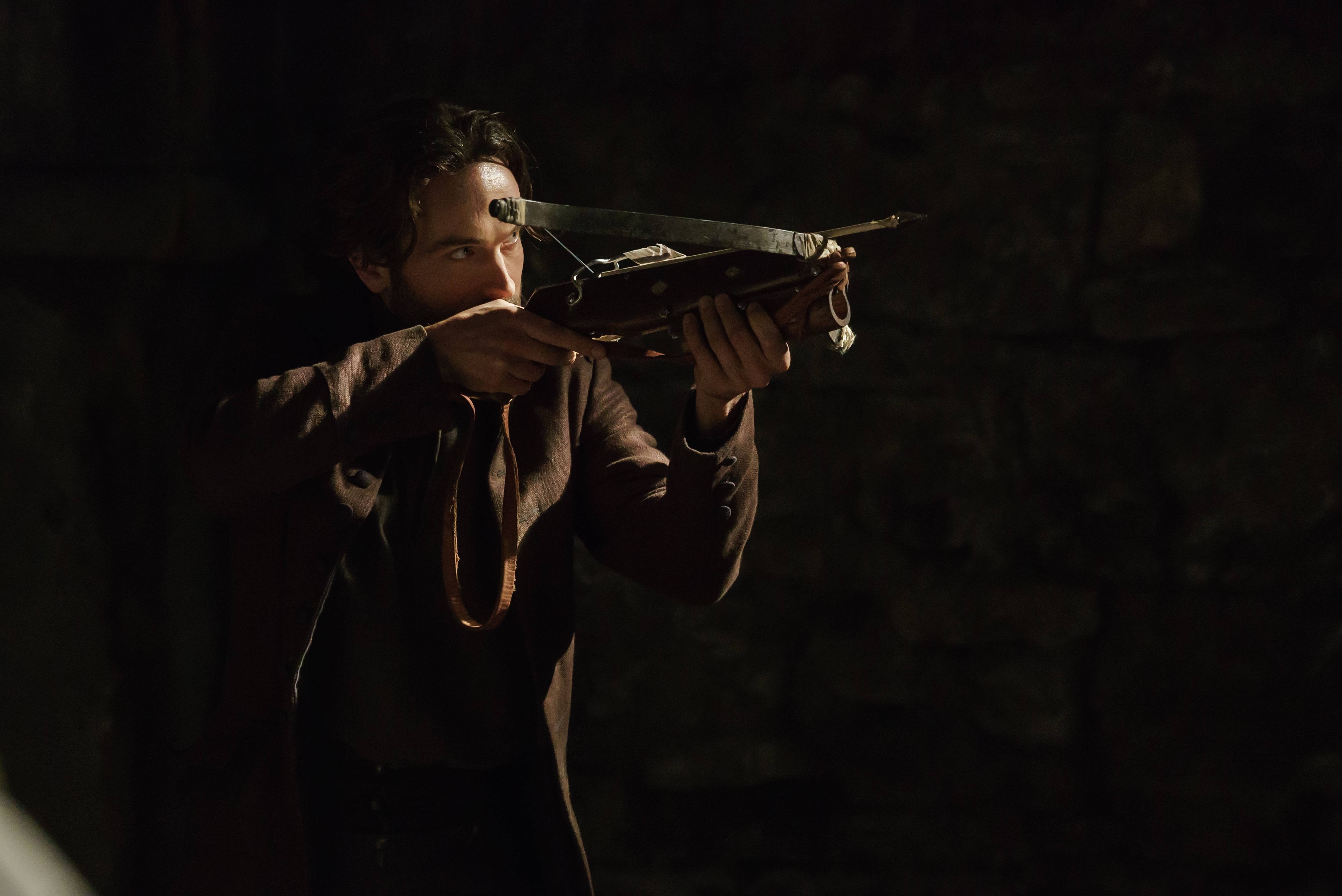 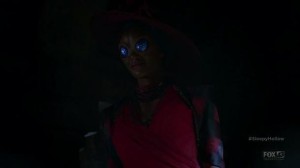 After the interesting Bones crossover, Sleepy Hollow returns with “The Lady From Caribee” (Why they had to shorten Caribbean, I do not know. Maybe because the “bee” wasp tie in, or maybe because they thought it sounded more like a nursery rhyme…)

In this episode, Pandora summons a Caribbean spirit that turns into a swarm of wasps. The wasps sting a victim, and the victim becomes increasingly paranoid until they die. Paranoia is the last type of fear that Pandora needs to continue her evil plan, so this beast will do the trick for her.

Overall, the monster isn’t that good in this episode. It could have been better, but it seems the writers pushed the monster storyline to the backseat again to do little more then fill in the gaps between (and help move along) the side stories. The beast only claims the lives of 2 victims, and the second we don’t even see. Instead, we arrive at the scene when the victim is already deceased, only to learn that Reynolds has been stung, and is due to be the third victim unless our team can stop it.

Reynolds, in his monster induced paranoia, pushes along subplots with his dialog, He complains that Jenny and Joe’s dealings with Nevins was set up by Abbie to screw up his case, he claims there is something going on between Ichabod and Abbie…

Speaking of pushing Jenny and Joe’s subplot; In attempting to figure out Pandora’s plan, Abbie remembers a section in one of Grace Dixon’s journals that talks about a similar incident happening to George Washington. Graze uses a tonic to buy Washington some time as Betsy Ross (she had to show up someplace, right?) heads out to defeat the wasp lady. Ichabod deciphers the recipe for the tonic, and Jenny and Joe head off to round up the ingredients. While in the Caribbean voodoo supply story, Jenny and Joe discuss Nevins, and Jenny gets an ominous warning from her possessed shop clerk friend. 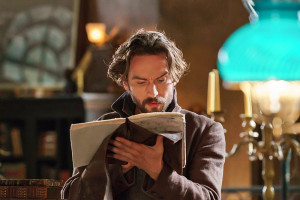 Joe decides not to leave well enough alone, and goes after Nevins himself. Nevins explains a few things to Joe, and shows that the Shard of Enubis is a glowing thing inside the rock that everyone has been chasing around. Then Nevins takes Joe out back at gunpoint. After being double crossed, Jenny comes to Joes rescue. She takes back the glowy red thing and it vanishes into her hand. This seems to give her nightmares latter on.

Meanwhile, Ichabod and Abbie determine that the way to kill the wasp woman is to find, and destroy the hive. The triangulate the locations of the victims (which doesn’t make much sense. They say the judge got stung in his office, even though it looked more like his home to me, Victim 2 was stung at her house, and Reynolds was stung at his house even though it would be more plausible that Reynolds was stung when he showed up to victim 2’s crime scene…

Using Google maps, they notice a spot in the woods that is between the tree locations, and looks like an engraving on Ichabod’s tablet… That must be Pandora’s hideout.

Ichabod and Abbie arrive at Pandora’s layer, and destroy the hive, vanquish the wasp lady, and see Pandora disappearing into her tree with her black rose blooms. All is well again in Sleepy Hollow… at least until next week.