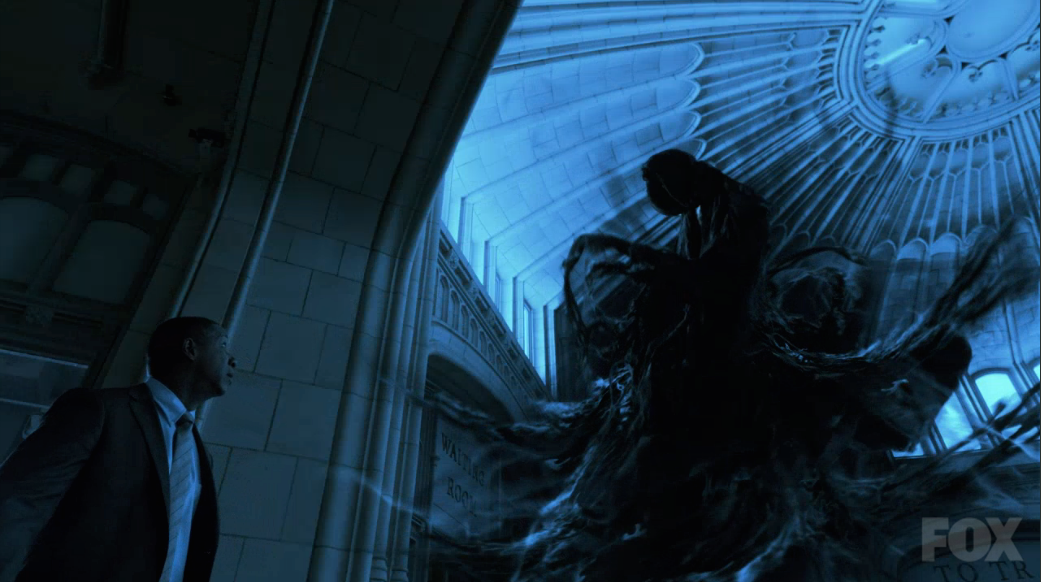 Pandora, and her box continue to be up to no good in Sleepy Hollow. This week she unleashes a shadow wraith that kills people for their secrets. The first victim is a seemingly random guy named Paul Everett. Everett is calling the FBI to spill his secret when the wraith gets him, and this brings Abbie and Ichobod into the loop.

Paul Everett seems to be a random soul that Pandora senses has a secret, and then unleashes the wraith on him. Why? Is she just hell bent on letting loose evil? Or was this an attempt to lure out those who foiled her last demonic plan? Either way, Ichabod spy’s the retreating shadows and gets a hunch that Everett’s demise was not due to a bad diet. This sets our witnesses off on the path to defeat the wraith that, of course, has its roots in Ichabod’s past. 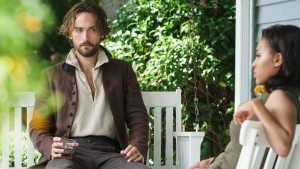 In recalling his previous encounter with the secret hungry shadow wraith, (does anyone else find it odd that Pandora would call forth an entity that Ichabod has already encountered?) We are subject to another flashback involving Betsy Ross. Betsy’s character is seeming more and more to exist simply to fill the unwanted role left behind by the much rejoiced loss of Katrina. Hopefully my skepticism is unfounded, and Betsy is being used to set up a bigger payoff later in the season. As it seems that Pandora is mostly just setting up her later season revelation at this time also. As is Joe Corban who ran through a week sub story with Jenny Mills in this episode that seemed almost to be their just so Jenny could get some face time in this episode. However, the Jenny / Joe story at least hinted at better things to come.

All in all, the episode was well shot, and Ichabod and Abbie showcased their acting chops splendidly throughout. There were some brilliant moments (Ichabod singing while cleaning for one), and some bad ones (much of Betsy’s sequence). Mostly, the show was able to balance its lunacy with creepy visuals, and some intriguing plot moments. However, it still seems Sleepy Hollow’s biggest problem is somewhere behind the scenes where someone on the production staff has to keep interjecting bad ideas into an otherwise brilliant show. Hopefully someone will shut them up this season.