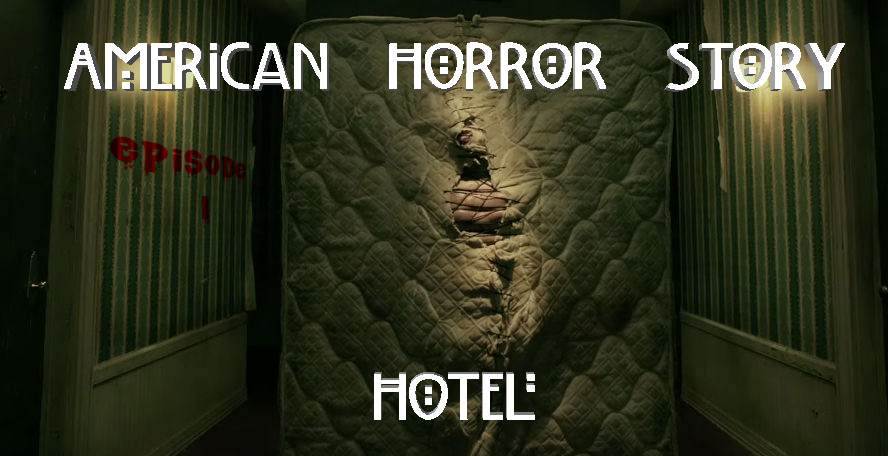 American Horror Story: Hotel. The first season without Jessica Lange, and the first season with Lady Gaga. Lucky for us, there are a lot of returning favorites this season. Cathy Bates makes an early entrance playing the hotel reception checker in person with the bitter lady flair we love so much from her. Sarah Paulson shows up as a former(?) junkie. Chloe Sevigny makes an appearance as the wife of a cop who is investigating some bizarre murders. 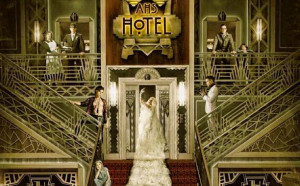 We are introduced to the cops character (played by Wes Bentley) when he arrives at the scene of a homicide. An adulterous couple has been tortured. Both of them have had their eyes plucked out. The woman has been impaled, and her hands nailed to the headboard. Her dead body is positioned on top of the man who has had his tongue cut out. He has also (apparently) been given some Viagra, and his unit super glued inside his dead mistress’s vagina. Way to nail the shock value guys.

The real star of the show this season seems to be the Hotel Cortez. The hotel is incredibly decorated in Art Deco style. From every entrance way to decoration. The deco style here is spot on. The colors are perfect, the lighting is flawless. The production team did a great job on this one.

Except for the camera department. I am not sure if it has something to do with having a musician on the show, but the camera moves seemed a bit “music video” to me. To many unnecessary camera moves. To many “trick” shots. To many strange lens choices. With everything else so meticulous, it seemed odd to me that the camera was so anarchistic. 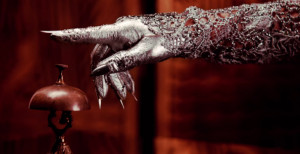 So what did we learn in episode 1? Lady Gaga is some sort of vampire with a fetish for Aryan kids. One of those kids may be the cops missing son. Kathy Bates tried to kill Sarah Paulson when Sarah OD’d Kathy’s son a while back. All three are still at the hotel and “alive”. The Hotel has a variety of other monstrous inhabitants that seem to enjoy torture, rape and sodomy.

Oh, and it appears that Lady Gaga just sold the hotel to a fashion designer… Although, I believe this is a ploy of some sort.

The opening episode of American Horror Story: Hotel was not the best episode. The direction was clunky, and there seemed to be to many different stories trying to be rammed in for it to have a nice flow. However it shows the potential for the rest of the season. And at least it wasn’t as boring as the first episode of Murder House.