What Bates Motel Has In Store For Emma And Dylan

A Hint Of Emma & Dylan 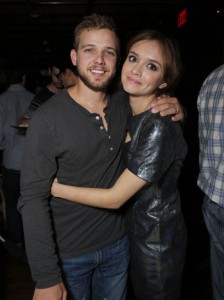 Bates Motel has never been short on amazing and talented actors. The modern day Psycho prequel is gaining a better reputation by the day. The initial doubts about the show being able to pull off the renowned period drama and in fact, Bates Motel has turned out to be a much loved and appreciated among the audiences. And one of the best parts of the show is its stars. The brilliant cast of the show makes the writing come to life.

One of the greatest actors on the show is Olivia Cooke, playing Emma on the show. However, judging by the nature of the show, no single character is safe and might just be extinct form Bates Motel at any moment. And since Emma is so close to the ‘psycho,’ Norman Bates, we cannot help but be a little worried about the future of the character. When questioned about this, the show’s Executive Producer, Kerry Ehrin, told Entertainment Weekly, “Again, this is sort of dictated by the characters, [but] it feels like Emma is going to be really seen by that family in order for her to not leave, she needs to become really a part of it in a real way, be more on the inside. How that will play out exactly – if that means a romance with her and Norman, her becoming closer to Norma – that isn’t nailed down yet, but definitely the idea of her becoming more of an intimate player with the family is on the table and it’s the right time for it. She’s great.” 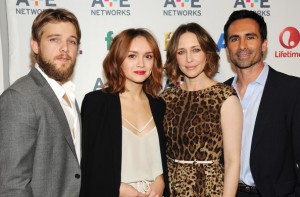 We sure agree! Emma is undoubtedly one of the most loved characters and we wish she is going towards the right direction. She is involved quite closely with the family business, however, that is not exactly on the ‘inside’ and she might have to dig deeper. But the deeper you go, the scarier it gets, doesn’t it? Well, atleast on Bates Motel, it does. Let’s just hope Emma makes it out, for a very long while.

Another character we love is Dylan, played by Max Thieriot, Norman’s half-brother. He is of the few sane ones on Bates Motel and we are quite concerned about his safety too. Well, even though, for now, the EP did not mention how safe he is, but she did mention how his future might look. Judging by Dylan’s sudden closeness with Sheriff Romero, the thought of him being a potential cop popped into our minds and Ehrin answers it by saying, “I wouldn’t say it’s totally out of the realm of possibility, because I do think Dylan is a good guy. I understand that there would be a part of him that would embrace that, you know? I don’t think he’s quite there yet, but we’ll see. We’ll see what develops with him and Romero in the next season. It will be good.” 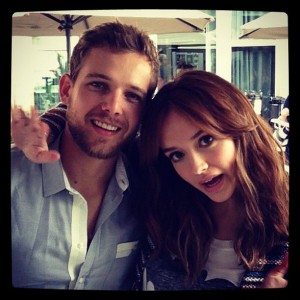 Dylan has become a major part of the show, especially with his twisted background story. His origin is form an incest relationship, however, he is by far one of the few sorted out characters on the show. We want big things happening for Dylan, just hope he is around long enough for the events to take place. Kerry Ehrin goes on to say, “We knew we were going to estrange him from the family and then the storytelling became about these little ways that he would get reconnected and then pull back. I think there was just such a feeling that we wanted them to actually connect for the first time ever and just how meaningful that would be for Dylan, and for Norma. It’s huge growth for Norma to be able to do that, to say I’m sorry. It’s huge for Dylan to finally get to hear that from his mother. When you live with these characters everyday like we do when we write it, it’s so moving to us. It’s so meaningful that that happened between them because, in a show that doesn’t get to have a lot of victories, it was a huge victory.”

It was indeed a touchy moment when the emotionally distant mother-son duo, connected for what seemed like the first time. We want to see more of these, a better, happier season for Dylan, especially after he has been through so much. All we can do right now is keep our fingers crossed and wait until the third season of Bates Motel arrives to answer our queries.