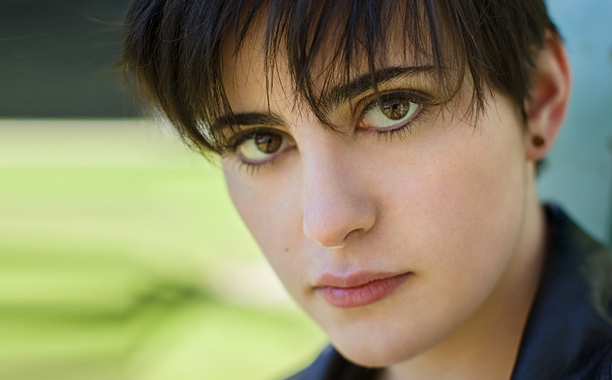 Say you’re a 22 year old senior studying at University of Michigan then out of nowhere, you land a TV acting gig. Pretty awesome right? That happened to Jacqueline Toboni who was given a four episode arc on Grimm, and take note, she doesn’t have any professional experience whatsoever.

Toboni shares her experiences on being tested, cast, and finally acting with cast of Grimm.

The timeline of Toboni’s casting

Jacqueline Toboni: “I walked into class one Friday morning, and there were two new faces, Jim and Lynn Kouf. I learned Jim had written some of my favorite films, “Rush Hour,” “Con Air,” and “National Treasure.” He came to give feedback on student-written screenplays in the class. The Koufs asked if some of the actresses wanted to read for a role. I jumped at the chance and immediately ran home to binge-watch “Grimm.” The next morning I read for Theresa Rubel. Jim and Lynn were in the room when we filmed and were very supportive and informative about the character. I stepped up to the plate, did my work, and went home not thinking much of it. When I got the call later that night, I was in shock. They said, “You’re flying to L.A.” I said, “OK.””

Were you scared of the experience?

JT: “For my L.A. audition, I wasn’t very nervous, mainly because I still didn’t believe anything would come of this adventure, and there was nothing to lose. I walked in, and Sean Hayes was there. I am a tad embarrassed about how hard I geeked out. I made sure to tell him we were doing “Will & Grace” scenes just a week before in my acting class. It was not until reading with David Giuntoli in Portland that I realized what was happening, that I might actually have a shot at this. The nerves set in right then and there. However, I could not be in better hands. David took on the big brother role right off the bat. Before I flew to Portland, he even called me to settle my nerves. Little did he know, I was pacing manically around the room for the entire conversation. This was the guy I had been watching every day for the past week!”

On her character Theresa Rubel

JT: “I have fallen in love with this character. Theresa Rubel [nicknamed Trubel for short and pronounced like “trouble”] is Portland’s new, mysterious visitor. She comes from a tumultuous past. She tries to fly under the radar but also wants more than anything to find her place in the world.

I flew to Portland less than two weeks after I sent in that first tape. It’s all happening so quickly. I’m currently on for four episodes this season.”

On living in Portland

JT: “I could not have asked for a better setup. I get to shoot in a new city, and [it’s] Portland nonetheless. I have enjoyed getting to live here. On my off days, I bike around the city checking out different neighborhoods and coffee shops. I’m proud to say I’ve made it to every quadrant. The fanbase in PDX is unbelievable. They even named a doughnut after Reggie’s character Sgt. Wu. Me, I’m hoping for a sandwich, but I’d take a doughnut or maybe a milkshake. Hell, I’m so happy to be here, I’d take anything.”