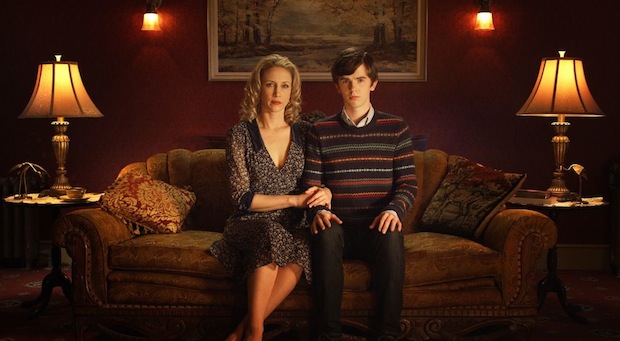 So, what wrong with Norman? So far we know that Norman has certain mommy issues and gets delusional at times, like in last episode when he went at his half-brother as though he attempted to murder Dylan. He also kept the strange magna book which is not to sincere but I’ll put it under curiosity rather than weird. And what else can you expect from an average teenage boy? But Norman is no average teenager, now is he? That is exactly what we are going to be assured of, on this episode of Bates Motel. Spoiler Alert, proceed with caution! 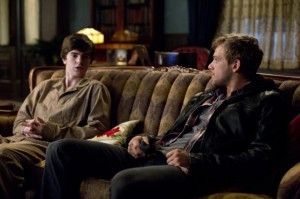 Dylan poses in front of the mirror with a gun. He’s probably choosing an appropriate spot on him to place his gun for his new job. Couldn’t blame him for playing with the gun. Grown men and their gun fantasies, huh? So, in this episode we learn the actual nature of the job Dylan has nailed. It is simply hanging around the pot field and earning $300 per day to protect the 5 million dollars’ worth weed. If only Dylan had joined the job an episode earlier, he would probably have to chase his brother out of the property. Speaking of brothers, Norman and Dylan actually share a moment on this very episode. Dylan insists on how Norman needs to get out more instead of being smothered by their mother. Dylan brings up how Norman tried to kill him the other day, possibly expecting an apology; however, Norman doesn’t even seem to recall the whole incident. The idea that he went at his brother with a meat tenderizer, seemed absurd to him. Dylan did not push it and called his brother “bad-ass” and the two had a laugh out of it. 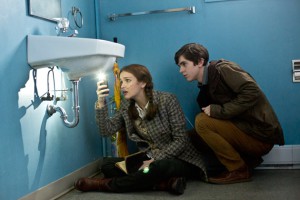 On the other hand, Norman was visited at school by a terrified and traumatized Emma who had so much to say but had to cut it short for Norman. She admitted that she never thought that the Chinese girls’ story was real and only wanted to dig it to hang around with him. Now she felt guilty of being so self-centered but Norman didn’t listen and asked her to quit her obsession. But Emma is far from it as she is later seen on hiss doorstep, forcing her way in.

The pair spoke and figured out that the number “4” appeared in the sketches quite a number of times and Norman figured that he had found the book in room 4. So, putting two and two together (in this case, literally getting four!) they headed to room number 4 of the motel. They looked around and Emma suddenly remembered some pictures of girls being chained to the pipes. So, they went towards the sink, under which was an inscription in Chinese. Emma snapped a shot of it and posted it over the internet to find out that it was Chinese for “beautiful”. Now this whole story felt more real than ever and quite reasonably, Emma insists on going to the police with the evidence in hand. To this, Norman freaks out more than ever. He says, ““Finding out what happened to this girl isn’t going to make a difference to anyone. She’s still gonna be dead, you’re still gonna be sick, and I’m still gonna be who I am.” 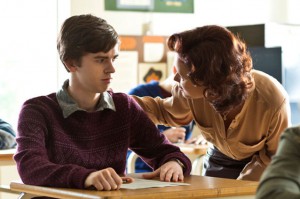 So, Norman is seen losing control over himself yet again. But not so much as what happened earlier at school. While all these about the black book was going on Norman had a test at school and he just sat there, idle, not placing a single word on the paper. Ms. Watson comes to inquire what was wrong with Norman and he visualizes his teacher tied up like the girls in the sketches and then collapses. 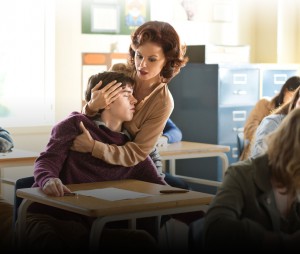 Norman is admitted in the hospital where Bradley comes to visit him with a plant, like he had done when her father was taken to the hospital but sadly could never get past her boyfriend. 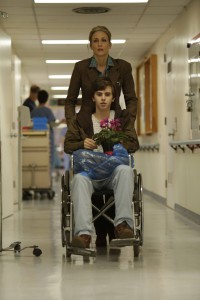 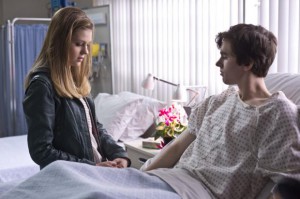 Bradley came to return the favor and stayed for a while letting Norman know that her father wasn’t so well and probably wouldn’t make it. Mother, Norma, was questioned by the doctor whether the boy had any history of blackouts to which Norma quite defensively said no. I mean, even we know that’s not true! Norma has to leave the hospital soon to collect the delivery of the carpets at her motel, only to encounter the police who had been back with a bang (bang equals warrant). So, has no other option but to let them in. Then going back to the hospital, she hears from the doctor that the test results were negative, which was good but they were still unable to detect the cause of the blackout for which they wanted to keep Norman overnight. But Norma has other plans; she forcefully takes her son out of the hospital and fills him in the details of the current investigation she had to undergo. Norman seems more nervous than expected and queries a number of times whether the police had found anything.

After getting back to the house, Norman rushes to his room, figuring out that Keith’s belt was missing from under his bed. At this point, the poor kid cries and asks himself “what is wrong with me?” Norman goes upto his mother and confesses his deed and Norma steps out of the house. Norma goes to Deputy Shelby who apparently knows about the belt and Norma agrees to dine with him that night. Shelby asks Norma whether Norman had Keith’s murder on his hands but Norma refuses and never gives an actual answer. Norman however thinks it’s a bad idea to let Shelby have any power over his mother. 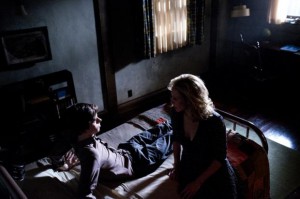 And thus comes first of the many imaginary conversations Norman has with his mother. Made up mother tells Norman that what Shelby was doing to them was wrong and now Norman knew what he had to do. So, Norman sets off in the middle of the night to end up in Shelby’s house. Luckily or not, Shelby is not home and Norman finds himself wandering around his basement where he finds a door. Upon unlocking, it reveals one of the Chinese girls Norman had only seen in sketches. She looked wretched with needle marks all over her. Norman woke her and she held his arm, asking his help. At this moment Shelby enters the house and this is where the episode concludes.

Was it another imagination to conveniently find the girl Norman and Emma had been LOOKING FOR in the basement of the man he NEEDS TO take down? Sounds likely? But Bates Motel does have the history of surprising us. So, who knows?! Let’s wait and watch.