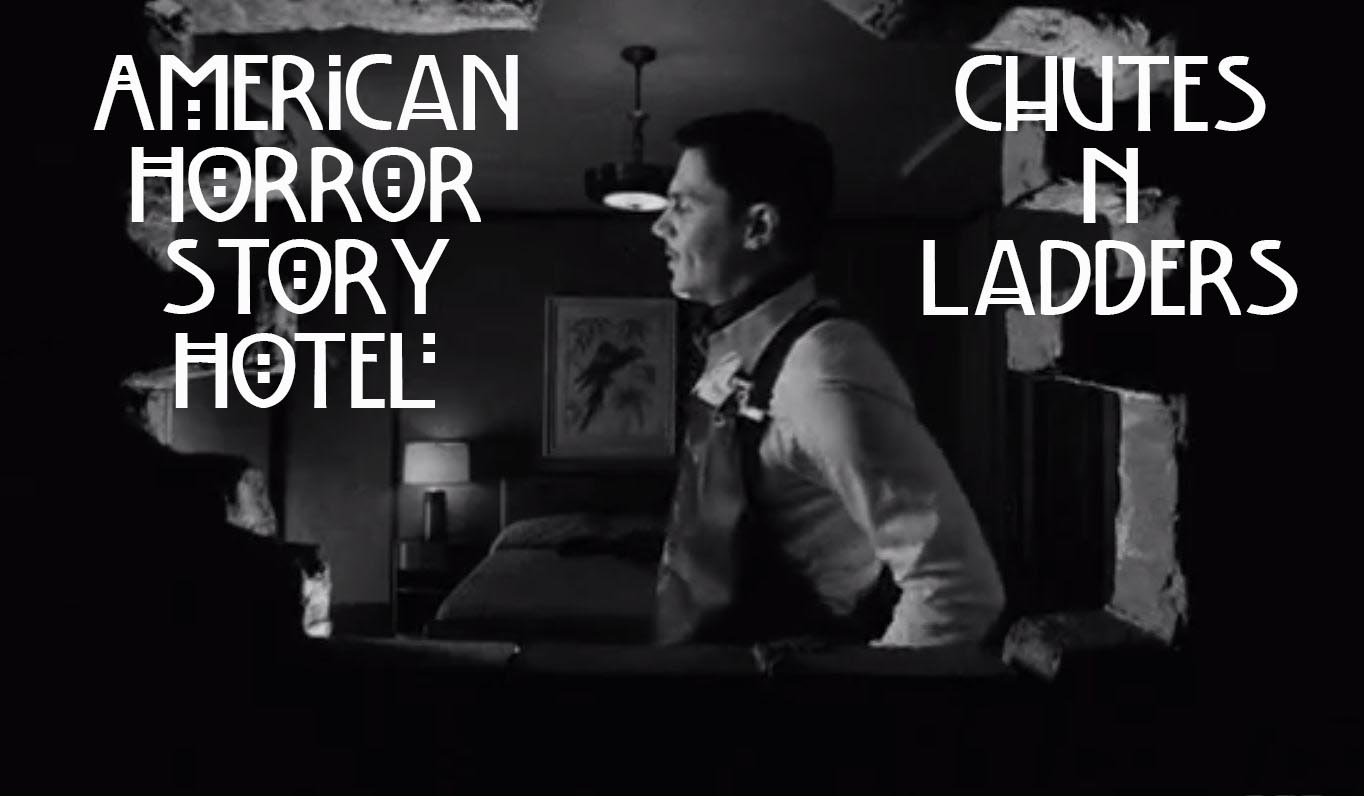 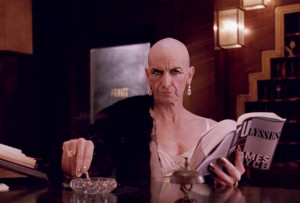 If one thing is clear as you are watching Episode 2 oh AHS: Hotel, it is that the makers of this show really have a high opinion of themselves and their show. At 102 minutes, this episode was about 52 minutes too long. Of course, the first half is so bad that if Chutes and Ladders was split up into a part-1 and part-2, no one would have stuck around for the part-2.

That would be a shame, because the 2nd half of this episode is actually far better then the first half. We finally get some real exposition. Gaga informs us of the rules of this shows vampires: Sun doesn’t kill you but should be avoided, guns can kill you, “we don’t bite, we cut”, avoid the blood of the diseased, the polluted, and the dead (we heard this twice, so I am sure it will come up again).

We also get a wonderful flashback to the hotels history, and the builder (James March, played by Evan Peters). This was by far the best part of the show. Apparently Mr. March is a wealthy entrepreneur who had the hotel built to help him with his pastime of being a sadistic psychopath. The police finally catch up to March, and his loyal maid, but the off themselves before they can be arrested. However, the both still appear to be alive and well in the Hotel Cortez.

Also this week, we find out that Detective Bentley daughter will take a much more proactive role in the show, as she sneaks out to visit the hotel Cortez to find her brother Holden (who is one of Gaga’s creepy children).

We also find out more about Bentley’s serial killer case in that the MO seems to be going after breakers of the 10 commandments. (because every other show has already done a “7 deadly sins” serial killer, and this is somehow totally different).

For the most part, American Horror Story: Hotel is starting out to be a pompous, bourgeois attempt to push leftist ideologies through shock. Now I have no problem with shock. I am a huge Troma fan, but this seems like a big budget attempt to make a Troma piece without understand what makes Troma great. Troma embraces the outcasts of society by accepting that they are outcasts. AHS is trying to force acceptance of the outcasts by portraying them as the norm.

Hopefully the second half of Chutes and Ladders is a sign of things to come, because the first half, (and the first episode) where just bad. If nothing else, at least we have the stunning Hotel Cortez location, and more Even Peters to look forward to.