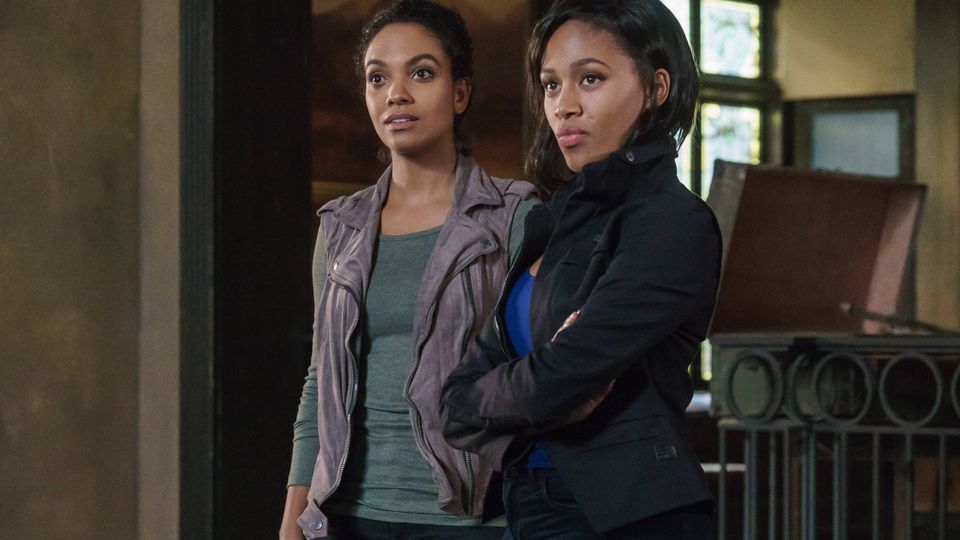 The Sisters Mills is the 4th episode of Sleepy Hollow’s 3rd season, and the first really good episode of the season. It has everything we want from the show. A creepy monster with an odd connection to Ichabod’s past, great problem solving from our heroes, Fun Ichabod and Abbie scenes, good Abbie and Jenny scenes… 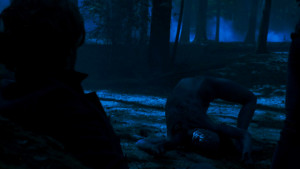 For the first time this season we get an episode about a monster. Now I know, there have been monsters in all the episodes, but those seemed like the filler part of the episode, where as this seemed like an episode about the monster. And what a monster it was! The baddie in this episode is the Abyzou (also known as the Tooth fairy). It is a particularly nasty beast that sucks the souls of children through the wound left by loosing a tooth. To make the monster more terrifying, it is only able to be seen by children. A contortionist of some sort to brilliant effect portrays this beast. It doesn’t look like just some stunt guy in a monster suit (until the final shot).

As it turns out, Ichabod last encountered the monster when it attacked Betsy Ross’s nephew. Betsy (much to Ichabod’s dismay) brought in Paul Revere to dispel the beast. Ichabod was locked out so he doesn’t know how the best was defeated but he thinks it has something to do with silver.

The first plan doesn’t work, and the attempt lands Abbie in the hospital. Ichabod, and Jenny do some more digging and discover that silver nitrate makes the beast visible, and then it can be defeated.

While in the hospital, Abbie gets a visit from Pandora, and we learn a little more about her. With the help of a little girl, and a tooth, Ichabod and Jenny lure the beast out only to discover that the silver nitrates effects are rather short lived. With a thrilling scene in the woods between Ichabod and the invisible monster climaxing in a bit of teamwork between Jenny and Ichabod, the beast is slain, and just in the nick of time.

Other interesting things in this episode: Abbie finally reveals to Jenny that she had found their father. Jenny surprises Abbie by revealing that she had found him some time ago, but kept it a secret. This reinforces the two characters archetypes of Jenny being the secretive one, and Abbie having the conscience.

Ichabod and Zoe’s relationship is relegated to flirtatious text message, and although we didn’t get to see Zoe this episode, the texting theme was consistent enough to make sure we remembered that part of the overall story.

Joe Corbin was plugged into a few scenes throughout as an attempt to remind us that he is a recurring character this season. 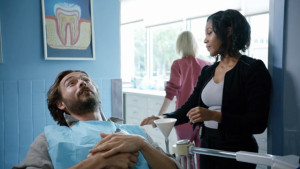 Ichabod himself was very childlike this episode. We had him refusing to study for his citizenship test while playing video games. We had Abbie scolding Ichabod about his love of sweets, and his lack of dental visits. And finally, when he did go to the dentist, we had an intoxicated Ichabod.

It seems this was also a missed opportunity for the writers. Having a monster that sucks souls out of the wounds from missing teeth would have been a great place to have Ichabod in danger because of his own dental problem. Instead, we never hear anything about Ichabod having a toothache. We just have Abbie tell him to see a dentist, and complain about his sweet tooth.

Overall, this was the best episode of the season so far. I hope the writers plan to go more in this direction, and less of what we have been seeing previously (or worse still last season)