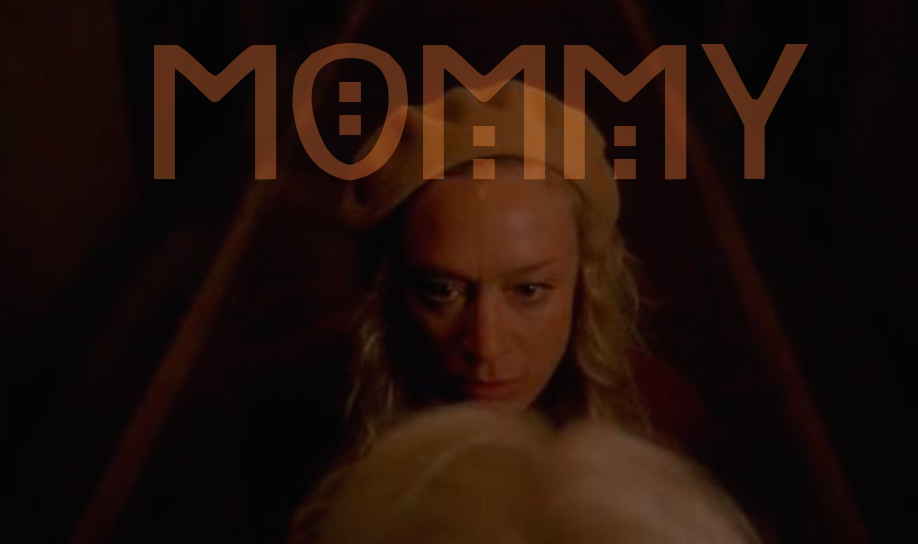 I read recently that American Horror Story: Hotel’s ratings are declining. After the first two episodes, I can see why. However, as is tradition with AHS, the story gets better a few episodes in. Maybe it is because this episode started with some more of Evan Peters characters story. It is (up until this point) the best part of Hotel. Or maybe it is because Lady Gaga’s character was pushed to a supporting role in this episode. Whatever it was, Mommy is an episode that shines. 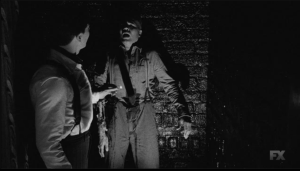 As I just mentioned, we have some great scenes with Evan Peters early on in this episode, and then a bit of plot with the Countess explaining that she lost all her money to Bernie Madoff and is now broke (a major plot hole in my opinion… you would expect her, like every other vampire, to be wealthy off of the pocket change, and jewelry she has collected off of her victims… Not to mention she runs a hotel).

Anyhow, her plan is to marry, then kill the new owner of the hotel. (it seems like she might have done this before).

We also get some more exposition into the other stories. Alex informs John she wants a divorce, and John has a breakdown at the thought of it. After taking John back to his room, Alex sees the demon child version of Holden in the hallway.

Iris enlists Sally to help her kill herself after her son Donovan rejects her, but Donovan saves her at the last minute.

These sequences, for the first time this season, let their talent shine. Chloe Sevigny gives an emotional performance in a full spectrum from her flashback story of how loosing Holden destroyed her to the scene where she asks for a divorce, all the way through seeing Holden in the hallway. This is by far the best we have seen of her this season.

Sarah Paulson and Kathy Bates equally upped their games in this weeks episode giving mesmerizing performances across the episode.

Of course the highlight of the episode was the entrance of Angela Bassett. Bassett enters the season as Ramona Royale, a 1970’s Blaxploitation actress with a vendetta against the Countess. 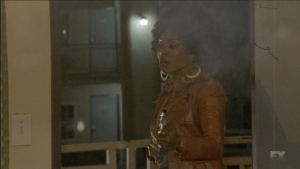 Ramona tells us her backstory about her first encounter with the Countess at the height of her “acting” career. Of her companionship with the Countess over the decades in a neat little montage, and her eventual “break up” with the countess when Ramona falls for a rapper in the ‘90’s, and after changing him so they could be together forever, learns that countess doesn’t take kindly to other people making new vampires.

I am sure that theme will come up again soon now that Donavon has taken it upon himself to change Iris.

Overall, I believe this was one of the better episodes of the season. If the writers can continue to focus more on the side stories and less on Lady Gaga, there may be hope for this season.