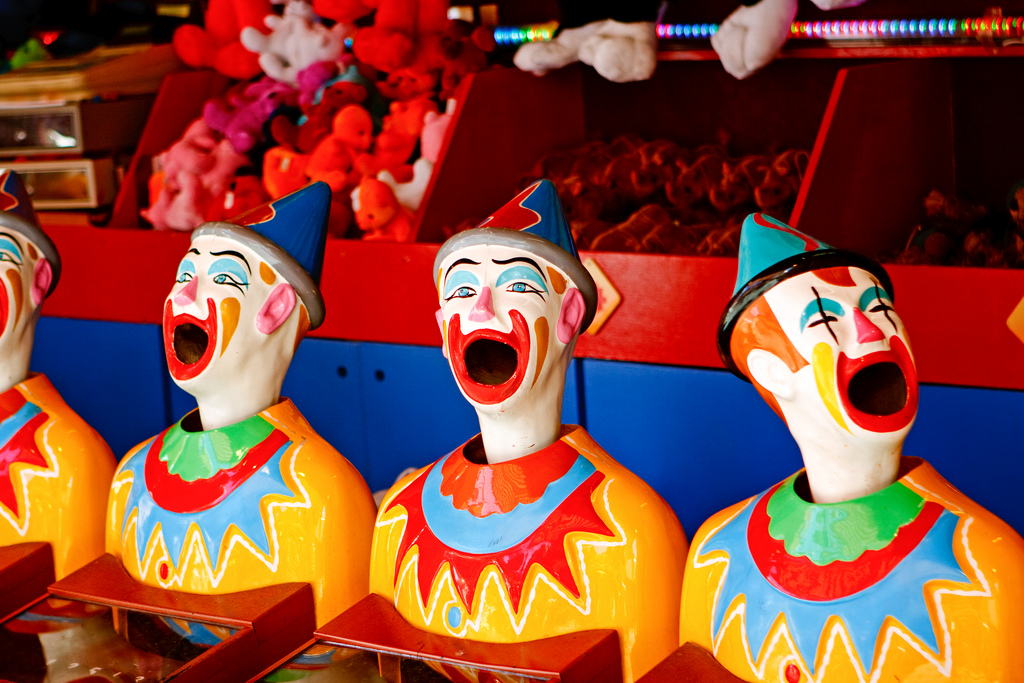 Fans have nothing but nice words for the goose bump thriller American Horror Story. Not that they have a special thing for clowns as depicted in this season’s Freak Show. The directors and cast made a wrenching characterization, which have been gaining favorable ratings thus far.  But somehow, there are just some who don’t share the same sentiments.

The latest group to speak out against the anthology series on FX is the World Clown Association. This trails closely on the heels of the Clowns of America International wanting television shows and movies to prevent casting clowns as scoundrels in these scary shows. American Horror Story has perhaps made a clown a scary character better than anyone has done in the recent past. Twisty the Clown is the vicious man who wanders around the Florida countryside during the current season of the show.

Twisty kills or captures anyone he comes across with. His violent nature is accentuated by his costume, which features a traditional clown outfit accentuated with a bloody scalp and a mask over his mouth that features huge teeth in a grin reminiscent of The Joker. There is nothing funny about this particular look, and that has a number of professional organizations up in arms.

According to MTV News, World Clown Association spokesman Randy Christensen came out against American Horror Story, and wants everyone to know that scary clowns are not real clowns. Christensen adds that people should stop dressing like these particular performers because real clowns don’t scare people. He said, “The copycat clowns out in California — these are people finding some sick satisfaction in creeping people out,” he said. “These are not clowns. These are people that dress up as horror characters.”

It should be pointed out that Christensen’s stage name is Oxford P. Nuts, and this is far from the first time he’s taken issue with his profession being used to scare people. American Horror Story is hardly the first to use guys in funny costumes and their faces painted. Stephen King managed to make these performers plenty scary all on their own with his book and movie It, hello Pennywise. I’m pretty sure you have heard of Killer Klowns from Outerspace, Amusement and Clownhouse.

Let’s face it, a lot of writers even those who aren’t so popular touches the subject and creates horror projects out of clowns. Wasco the clown has been roaming around California well as piece of art for the last couple of weeks. I couldn’t think of scarcity in incorporating clowns with different movie themes and that includes the scary genre. American Horror Story simply gets the most attention because Twisty is indeed terrifying and reaches a wide audience, do I have to mention it’s also kicking in the ratings for FX network.