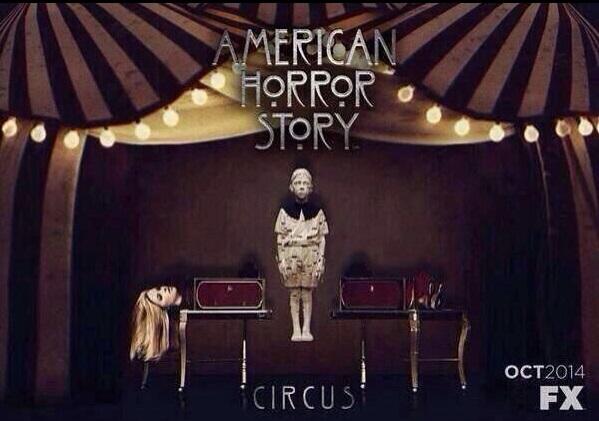 American Horror Story: Coven is nearing its end, so it’s only natural for people to guess what’s going to happen next season. So far, we know that season 4 of AHS will be Jessica Lange’s last season, or not. According to show co-creator Ryan Murphy, Miss Lange always says that it’ll be her last season but always commits to another. But if we’re going to take the work of the legendary actress then we better prepare ourselves for a Lange-less 5th season.

We also know that the fourth season will be a period piece like Asylum. It will be set in the 1950s, shot in either Santa Fe or New Orleans, and Miss Lange will have a German accent.

“It’s set in 1950. If you look historically what happened in the year 1950, there’s some more clues in that year. It’s a period piece. We try and do the opposite of what we’ve done before. Jessica Lange has already started practicing her German accent so I’m very excited!” says Murphy.

Aside from the info that we have collected, it would be advisable to keep your eyes opened for clues on the last episode of Coven. Murphy has been known to put clues on AHS and he says that it will be spectacular if the last shot of the show will be related to their next season.

“Right now I’m writing episode 9 or 10 so I will definitely get that in,” Murphy says. “I always thought it would be cool to have the season end and the last image will be this is what the next season is about and you’ll get the title.”

Meanwhile on the internet, a very creative fan has created a fake trailer for American Horror Story: Circus, which is not a bad idea after all since a Circus is ripe with horror potential. Click here if you want to watch the said fake trailer.

Among all the theories about season 4, Circus has been getting the most buzz on the internet. Some people are saying that Miss Lange will be a German ring leader and the possible season will utilize clowns and side show freaks to scare the audience.

Other people are saying that the clue for season 4 is in the period itself. 1950s America is also abundant with horror story possibilities. One theory suggests that it will be about mutated people who have been affected by radiation on the nuclear testing sites of New Mexico. Another says that Murphy and the gang might tackle 1950s sci-fi themed movies like Godzilla, Them!, or The Incredible Shrinking Man.

If what Murphy is saying is true that they will “try and do the opposite of what we’ve done before” then it might be good for them to pursue the 1950s Atomic Age sci-fi themes since TV is now full of Vampires and Werewolves. And if someone can tell Murphy to make the show less scary so I can watch the show with the lights off that would be great. Thanks!