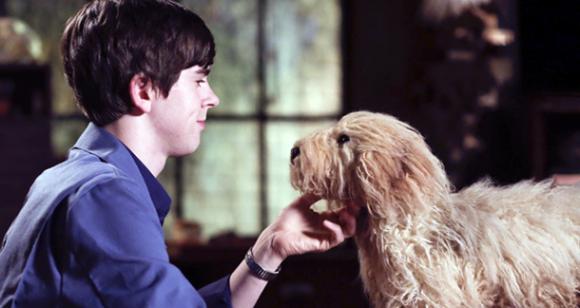 A Boy and His Dog 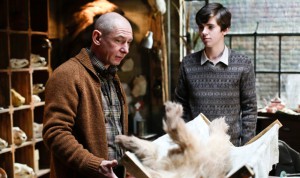 As we saw in the previous episode, Norman is vulnerable and demands to visit Mr. Decody, who, in Norman’s language, can fix the dog who had been run over by a car. After Norman goes to Emma’s dad, he shows the boy some of the steps of taxidermy. As ugly and troublesome the initial steps maybe, the end result is quite impressive indeed. Norman seems quite happy with this but Norma doesn’t. Norma objects to Norman’s new interest and tries to talk to Mr. Dacody, saying that she doesn’t want people to think of Norman as a freak. When Norma realizes what she did there, she tries to establish that no offence was meant. I like how Mr. Dacody makes the comparison with poets and probably so does Norma and decides to let it go as she makes no further objections about the matter, atleast for the time being. 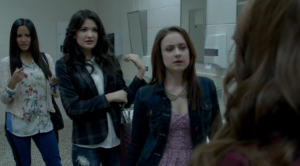 While her dad is helping out Norman, Emma decides to do something quite alike. At the girls’ room some of Bradley’s friends are bad mouthing Norman saying that it was absurd how Norman kept staring at Bradley and they even call him socially challenged. Emma, not being able to take it anymore, snaps and reveals that Bradley and Norman had had sex. Apparently, news at the school spreads like wildfire as a while later Bradley comes and confronts Norman about what Emma had done. Eventually Bradley is mad at Norman who in turn gets mad at Emma. When Norman confronts Emma about the matter Emma says nothing much at first but later she reveals the whole incident to Norman. Emma ends by saying that Norman was special to her and she wanted them to remain friends. Norman understands and the two make up.

After the incident with Bradley, Norman was quite upset and rushed out of school to go home. Miss Watson tries to stop him but he behaves rather aggressively, one of his many more violent mood swings to come. Miss Watson seems a little shaken and she, together with the school’s principle, calls Norma over and speaks about the incident. They want Norman to go to the school psychologist. Norma, obviously, retaliates but then declares that she want to choose the psychologist her son will visit. The mother-son duo visits a psychologist who asks Norman about his father’s death and all the changes which he has been facing. Quite annoyingly, answers all the questions for her son. After the session, the psychologist speaks to Norma in person and advises her to get some therapy herself. The psychologist states that one who feels out of control on the inside feels the need to control the lives of another, just as Norma does with Norman. Norma becomes furious by the therapist’s deductions and rushes out of there. 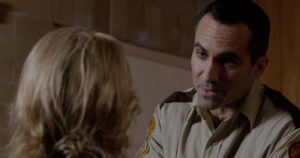 The bypass is to be built in June which would practically take the motel off the map. Norma realizes that she needs to do something about it and pays Sheriff Romero a visit. She asks him to put her name forward as a candidate of the seat available in the town’s planning committee so that she could manipulate the decisions from the inside. Romero is not inclined to do anything as such. Norma mentions that they know secrets of one another and after all they have been through she expects this from him. Romero somewhat threatens her and sends her back home. So, that did not go so well.

On the other hand, Abernathy is turning out to be more of liability than an asset for the motel. He starts behaving awkwardly with Norma when she goes for cleaning the room. He asks all the wrong questions and scares her. Later, bringing hell upon herself, Norma follows Abernathy’s car all the way to Keith’s boat where he catches her sneaking and asks her where she had hidden “it”. Abernathy scares her and she makes a run to get out of there. Even if the therapy did not work as intended, it did some good. After the session, when Norma was said to be out of control of her life, she tries to prove the psychologist wrong by bullying Abernathy. Norma gives his an ultimatum to be out of her motel within a 5 minute period. Surprisingly, Abernathy does as told. After a while he is seem driving off. 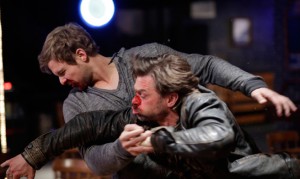 Dylan and his partner are not exactly fond of each other but in this episode it gets physical. Turns out Remo, Dylan’s partner works not for Gill but rather for the “Big Boss” who remains as a mystery man so far. Gill has assigned the boys to pick u trimmers, who apparently trim and process weed to prepare the final product. They do as they are told and Dylan ends up bringing them to the Bates Motel. Norma is elated to see the crowd at her motel and offers Dylan to have dinner with her outside. Just as she is about to change for heading out, she catches sight of an unwelcomed guest. It is none other than Deputy Zack Shelby. Well, it is his dead body. And that is where the episode ends with Norma screaming for Norman at the top of her voice.