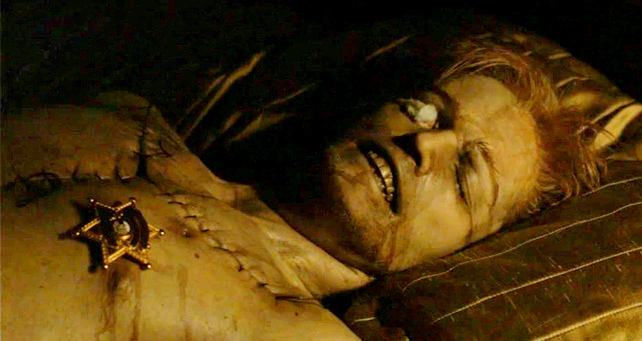 The second last episode of the series is supposedly going to answer some questions and resolve some issues as the season is reaching its climax. Did you ever dream about drowning someone? Ever felt like finding out what that means? Fret not, because you are about to learn of the reason from this very episode. No prizes for guessing who dreamt it! Of course it was our beloved and (so far) mildly creepy Norman. And who was he drowning, you ask? Yes, it was the girl who broke his little heart. Norman tries to figure out the implication of his dream by looking it up online. He discovers that drowning means that you are feeling overwhelmed in life. Dylan learns about this dream and insists on knowing who he had dreamt about and it seemed as though the answer was what he had expected. 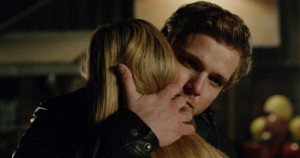 Bradley simply has to hop from one brother to another. She asks Dylan to sneak her to her father’s office at Gill’s warehouse. Dylan hesitates and even refuses but he feels sorry for the young girl at the loss of her father and can you blame him? So, generally, Dylan decides to do as Bradley asked and take her to her dad’s office. When the pair reaches, Remo realizes that there are intruders and starts shooting. However, everyone goes soft on Bradley and Remo’s no exception. He gives them a 10 minutes limit to be in and out of there. Bradley is looking for a pocket watch with sentimental value when she finds something which makes her regret going there. She finds letters, love letters from one “B”, addressed to her father. Dylan consoles her and gets her out of there. 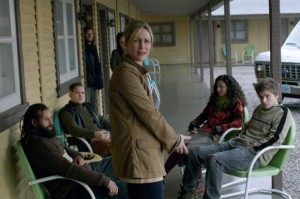 The weed processing stoners are still at the motel and Norma is not pleased anymore. They are smoking pot on her motel porch and that’s apparently the last straw. Norma freaks and scares them to a point that they rather not smoke than have the woman screaming over them. One morning, Emma is on duty and Norma has to leave so she assigns Emma the task of forbidding the groupies from smoking pot in the motel. Emma does as told and successfully gets one of the trimmers to stop smoking and in the process makes a friend. The cute trimmer named Gunner leaves a “killer” weed cupcake for Emma. To our astonishment Emma devours all of it and gets high. Norma calls it a bad reaction and sends Norman to get Emma some juice and toast. 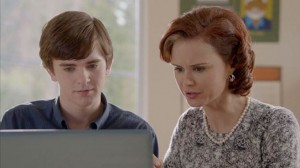 Norman is finally doing something right. His school grades are straight A’s and Miss Watson couldn’t be more proud of him. Moreover, Norman had turned up a short story which had caught her by surprise. She found the concept of the story so extraordinary that she wanted to get it published with some help from a friend. Norman agrees first but refuses later as he feels that his mother will not be pleased by the idea of it. Miss Watson abruptly asks him how the sessions with the psychologist were going and Norman replies that he went once. The teacher thinks he can publish it without concerning his mother, however, Norman doesn’t think of it as morally correct. 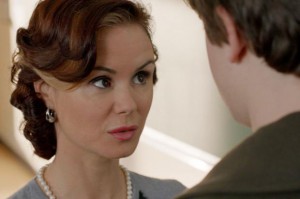 You know, I like Norman. The way he thinks, always wanting to do the right thing and always put off when people act otherwise. He just cannot accept that the world is never fair and he cannot control it all. I wonder how things would have gone for him if he actually was under appropriate therapy for the necessary amount of time. What would have happened if he learnt to control his aggression? He seems to have a beautiful soul, however, contaminated by his split personality. If only someone had tried to help him, he would’ve turned out to be one of the most humane ones. But we know how it actually ends, don’t we? And alas for that!

So, getting back to track, Miss Watson had made a remark about how the school was good for him and Norman feels no differently.

Despite all the craziness around and the heartbreak Norman had to tolerate, he still has gotten fond of White Pine Bay. Norma on the other hand is keen to get out of the places as quickly as possible. The mother and son have quite an argument over moving and Norman ends up calling his mother crazy and that she does things that make no sense. These words are quickly followed by an apology from Norman though. Norma is determined to leave which leads her to her real estate agent’s office. She wants an open house on the weekend to sell her motel. The agent agrees first but the next time Norma visits, Matt, the agent, tells her that there is no market for the motel and that it would be best if she walked away from the investment and let the bank have it. With the new bypass being built and the history of that place, I wouldn’t doubt it. But Norma is furious and threatens to sue Matt. The agent has an unexpected reaction to this. He informs her, with a smirk, that he was 30,000 dollars in debt, lived with his girlfriend and that his mother owned his car. But even before Matt can complete the sentence, Norma hits him with her purse, followed by a couple of well-deserved smacks. This reminded me of one of the statements Norma had made when she insisted on going to meet Shelby after learning that he was involved in the sex-trafficking chain. She kept saying that it was unfair how everyone gets away with doing whatever they want. I can see where Norman inherited his extreme low tolerance of tolerating unfairness from. 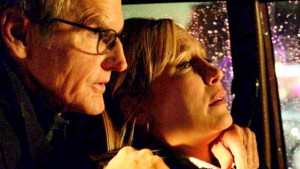 Now, I’ll be getting to the core element of the episode. Last week we had seen how the body of Shelby was left on Norma’s bed. In this episode Sheriff Romero starts investigating the incident and Norma informs him that she suspects Jake Abernathy’s involvement in this. Throughout the episode Norma is paranoid, who wouldn’t be after finding a dead body in their bedroom. Norma is so scared that she sleeps in Norman’s bed. And no, Norman is not sleeping on the floor or any other place for that matter. Norman offered but Norma said they’ll both fit in Norman’s bed and who’d argue with the mother. I wonder what comment Dylan would have made is he were there to witness this creepy, crazy situation. Or would he have simply fainted out of shock? Nevertheless, Norma has not simply been delusional as Abernathy is indeed behind all her recent miseries. Abernathy has Norma at gunpoint inside her own car. He demands the $150,000 that Shelby owed him for the last batch of girls, the money which apparently went missing after Shelby’s death and the one person Abernathy suspects to be in its possession is Norma Bates. Norma doesn’t try too hard to protest and agrees to give him the amount. We’ll see what happens next in the final episode of Bates Motel Season 1.