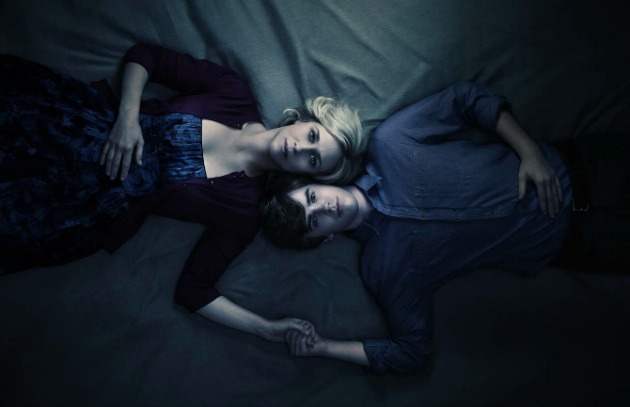 Gone But Not Forgotten

White Pine Bay High school principal calls the Bates, letting them know the about the tragic death of Miss Watson. Norma, having a series of tragic events in her past, assumes the worst. More like, she connects the dots and asks Norman about what had happened after Miss Watson offered him a ride home and then breaks the news of the poor boy’s favorite teacher’s decease. But Norman is already aware of the incident, now isn’t he? Atleast subconsciously, he is. And if history is any indication, he might easily be the cause of the woman’s death.

At the memorial service of Miss Watson, Norman breaks down into, what looks like, a million tears. His mother tries to console him but he keeps insisting on what a nice woman his teacher was. Is this a genuine student’s concern or is it a subconscious guilty conscience? Well, it remains to be figured out, for now. And as much as you’d want to nullify the theory of Norman being the murderer already, it seems harder and harder as we see a pearl necklace in the hands of the young Bates, which, without a doubt, belonged to the deceased Miss Watson. 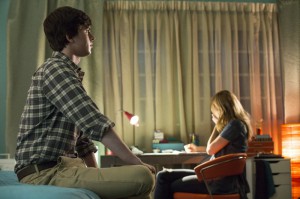 If you think you have seem all there is about Bradley, this season will prove you wrong. She is no more the lively teenager, partying and hanging with her pals. This new Bradley is upto much more and much worse, if I may add. She jumps off a bridge, trying to commit suicide. The absolute reason is imprecise but she definitely feels haunted by her past events and the death of her father contributing the most to the cause.

So, it’s been four months since all the aforementioned incidents and there a number of changes, aside from just the new hairstyles of the ladies of the show. The Bates have finally got the privilege of turning the motel’s ‘vacancy’ sign around. Norman is perfecting his taxidermy skill which is leading to him spending an amplified amount of time in the basement of his house, which worries mother dear. She insists on how he needs to go out and have a normal life (like there is anything normal about the Bates). So, Norman suggests that they go driving as his driving tests were coming up and Norma seems pleased with the idea of that. 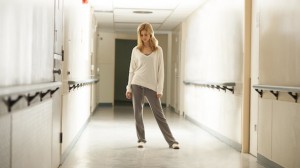 As Norman greets Emma, she gives him a pile of returned packages which Norman had tried sending to Bradley. Apparently, Bradley was getting out of a mental institution today. Jumping from Bradley to Dylan, putting more thought into it, there is more connection between the two than we can assume. Dylan hasn’t still moved out, which is a factor I personally am relieved about. But he is trying to pay his mother rent, which she refuses to take because of the nature of Dylan’s job. Dylan says it makes no sense as everything in the town exists because of the weed industry but that doesn’t change Norma’s mind.

Norman’s driving session with his mother is not going too smooth. I can’t tell whether the bigger problem is Norman’s driving skills or Norma’s constant nagging. Norman stops at Miss Watson’s grave but before he can greet it, Norma accuses him of being obsessed with morbidity and asks him to spend more time with living organisms. Norman is agitated by the conversation and asks Norma to drive on their way back. Norma makes a hasty stop at, what looks like, a construction site. She learns form a man there that they were going to start building the bypass from the next Monday, which Norma thought was delayed for funding. She goes home and decides to deliver a speech to the White Pine City Council. Norman tries to make her realize that there was no way one can stop a city from building a road but Norma gives one of her infamous, “it’s all going to be good” speeches in a dreamy manner and wins this particular round but the actual council meeting doesn’t go likewise. When Norma raises her issue, despite it not being on the night’s list of agendas, all the members of the council look flabbergasted but that doesn’t stop her from putting forth her side of the argument. It doesn’t help her much as the president of the council, Lee Berman, asks her whether it was justified to stop the bypass from being built, which would contribute to the city’s economic, just because it hampered Norma’s business. Norma has a nervous breakdown and screams out loud about how life hasn’t missed a single opportunity of being unfair to poor woman. While it might have won her some pity from us, it brought her nothing of any further significance. The meeting is then dismissed to her inconvenience. 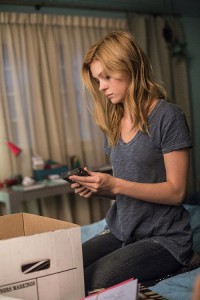 Bradley has not yet given up on finding out about her father’s murderer. She goes all the way to meet Gill, who invites her inside his house for information on her father. She feels disgusted at having been made a pass at by a man her father’s age and so she leaves. Back at her place, while she is busy going through her father’s old possessions and finding a gun, Norman comes to visit her. The have a concise conversation where Norman does most to the speaking, he tells her that he was there for her, whenever she needed someone, she could talk to him as a friend. That was quite sweet, considering that actually left an impact on Bradley. 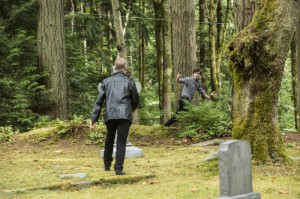 Norman goes back to visit the graveyard and this time he finds an unknown man standing forth the tombstone of Miss Watson. It is weird how one thing or the other somehow always interrupts Norman’s visit to the woman’s grave. So anyhow, Norman snaps a couple of pictures and as the man realizes what the boy was doing, he chases Norman, who makes a narrow escape. Norman goes to Sheriff Romero, the old friend, with the pictures he had taken. The Sheriff stares at the picture for a while and by what it seems, he doesn’t have the slightest doubt that the man is involved with the murder. In fact, his suspicion is quite in another direction. He starts asking Norman all sorts of questions about whether he visited the grave often and whether he visited her home and all. Norman gets out of there without getting himself any real trouble, yet. But Sheriff Romero does tell Norma about it once he met her. Romero tells her to make him go out and do some actual teenage activities which makes Norma to go back home and scream her heart out to her son. Norman finally confesses about going to Miss Watson’s home and about how she tried to seduce him. But that was it, that is as much as he remembered from that night.

Dylan meets Bradley to fill her in on the new information he had gained about Mr. Martin. He tells Bradley that it was a bad move on her part to go and visit Gill to ask for her father’s murder as Gill is probably one who’s responsible for it. Dylan tells Bradley that her father had been dating Blaire Watson, yes, the teacher, and she was the ‘B’ from those letters they had previously found. So, turns out, our speculations were precisely correct. Dylan also says that she was Gill’s girlfriend, who ticked him off leading to him killing Mr. Martin. Bradley refuses to take Dylan’s advice of letting it go and leaves the place. She goes to visit Gill’s place once again, only this time, with a plan. She tells him how she was prepared to do what it takes to learn more about her father and starts seducing him and just as he gives in, she points a gun at him and shoots his brains out. Bradley, nervous and out of options, goes to the one person who wouldn’t turn his back on her. And yes, it is none other than Norman.

Hello everyone, it’s my first visit at this site, and paragraph is truly fruitful in support of me, keep up posting such posts.