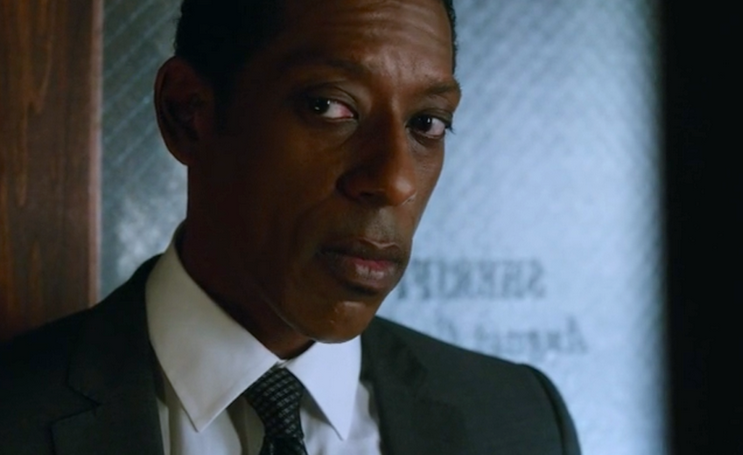 You may have not known this (or you did) but Orlando Jones is a pretty versatile actor. Aside from being a dramatic thespian, he’s also a comedian, mostly known as one of the original members of sketch comedy show MADtv. He was also the7 Up spokesman from 1999 to 2002, did voice work for Halo 2 (he was Sergeant Banks in) and once joked to kill former Alaska Governor Sarah Palin (he apologized after a few days) however, most of us fans of Sleepy Hollow know him as Captain Irving.

After the first season ended, Jones is coming back to his comedy roots through stand up. “Orlando Jones Presents Tainted Live” at the Brooklyn Arts Theatre was supposed to play last March 8 but it was postponed.

The tour is “based on his six-episode graphic novel digital series “Tainted Love,” is said to be “a comedy, music and digital entertainment experience,” according to Jones’ website. The 24-minute short film ”Tainted Love” will also be screened during the show.

The tickets were already on sale and no word has come out yet if there will be another scheduled date in Wilmington or if there’s going to be refunds.

If you’re a die-hard Orlando Jones fan, you can still catch his show “Orlando Jones Not Comedy Tour”, March 22 at Wheelock Theatre 180 Riverway, Boston, MA. There will be two shows on the same day, one is at 7PM and the other one is at 10PM. You can go to this website to purchase the tickets or go directly to Jones’ website for more information. A portion of the proceeds is going to be given to the National Center for Race Amity.

Orlando is easily one of the world’s most gifted actors. In his Hollywood career audiences have seen him move from drama to comedy, from behind the camera to lead roles with startling dexterity. Despite his ability to transform into the characters he portrays, he still maintains his own unique and vibrant personality.

From his portrayal of Clifford Franklin in the classic football film The Replacements to the hugely successful Drumline to singing and dancing in the broadway revival of The Wiz, Orlando Jones continues to thrill and entertain audiences.