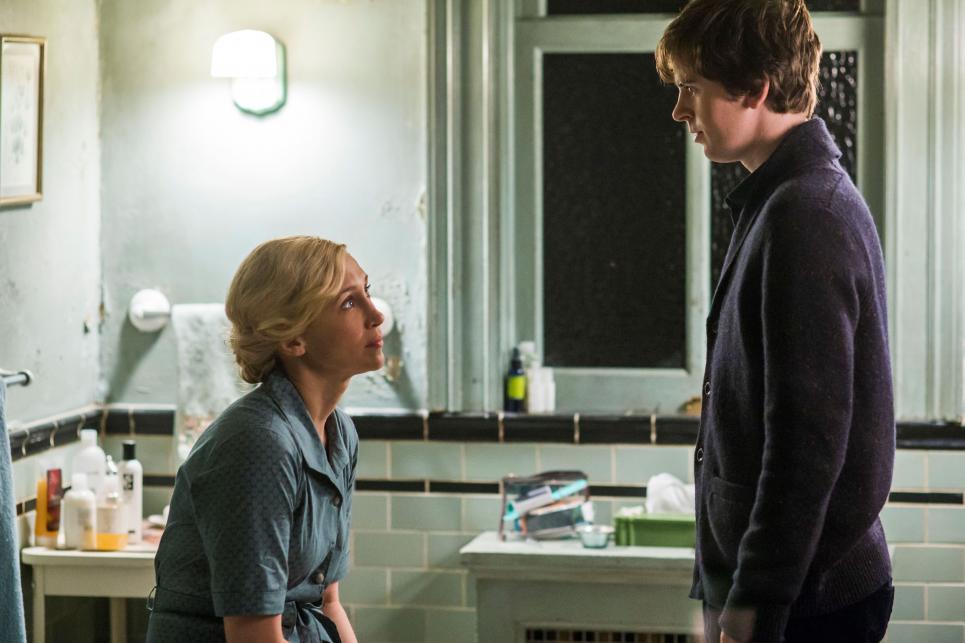 We saw in the previous episode that Annika, the new guest at Bates Motel was missing then there was a woman’s dead body found floating in the lake. In this episode, we find out that Romero is investigating the case and quite obviously he calls Norma to identify the body. They spoke about the missing girl in the last episode and Norma seems almost a hundred percent sure that the body is Annika’s, right until she sees the face. No, it isn’t Annika and Norma took a good look at her before coming to that conclusion. Back at home, she finds Norman, who seems genuinely worried about Annika and Norma just tells him to stay out of it because it was not their problem. Really? Isn’t it? Apparently, Norma is going back to school and is concerned about looking too old and out of place at there. 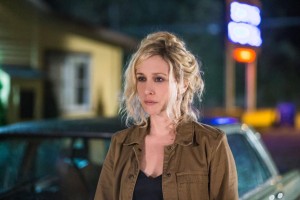 At school, Norma gets into the wrong class and picks a bone with the psychology teacher immediately. Well, some things never change. This new inclusion in the show is brilliant. We’re looking forward to more of relaxing scenes like these after all the humdrum intense drama. Later the faculty comes to Norma and apologizes for his behavior in class. The teacher, James Finnigan, insists Norma to try therapy and he says there is an aura that surrounds them and one person with a crappy upbringing can sense it in another one. Norma listens quietly and patiently like she really liked what she heard but after he leaves, she throws the card he gave her. Then she picks it up and drives away. So Norma.

Romero comes to visit Norma, and asks to see Norma about the dead girl. Romero seems to think that Annika and the girl are somehow linked. Norma freaks out a little but Norman is overly calm. Norma tries to stay and be a part of the conversation but Norman sends her inside to make dinner. Norman talks about his interactions with Annika in details, however, he did not give out any significant information. “Women, they seem to trust you,” says Romero. We know what he is getting at but we don’t have to make any guesses as he immediately brings up Blaire Watson. “I like women,” says Norman, and adds that it is probably because he spent so much time so close to his mother. Norman also admits to knowing about Annika’s profession of prostitution. Romero shows Norman the dead girl’s photo and Norman stares for a while but says he did not recognize her. 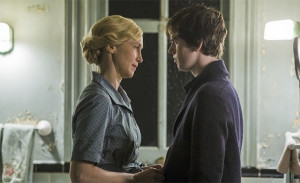 As soon as Romero leaves, Norman accuses his mother of selling him out to the sheriff. Norman realizes why his mother went off to the club looking for Annika and that Norma thinks that Norman had killed her. Norman tells her that he is tired of thinking that there is something wrong with him and that there might actually be something wrong with her. It makes sense because even to date, Norman believes that his mother was the one who killed Ms. Watson. 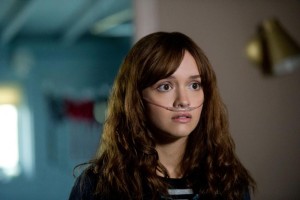 Emma drops off a delivery of plants and meets Gunner there. But it was not awkward, until Caleb comes in front of her and she freezes after learning about his identity. Dylan asks her to keep Caleb’s presence there a secret and Emma assure him that his secret was safe with him.  Caleb offers Dylan money to buy lumber as they are redoing the whole place at Dylan’s property. Dylan refuses to take any money from Caleb but he buys the lumber anyway and says that he just wants to do something for his son.

The guy running for the next sheriff, Marcus Young, comes to visit Romero and Romero acts hostile making it clear that he is not letting anyone take his position here. 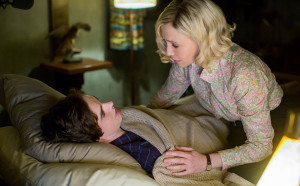 Norman later confesses to Emma that his mother thinks he is bad and when she tries to console him, he freaks out. Norman gets into the house and screams at his mother again. He says that he is feeling outside of her. He clearly states, “I can’t stop it. It’s her!” It’s her? As in, it’s her who is controlling him, in his head? Norman keeps repeating that he did not do anything wrong. He asks his mother to leave and telling her that he remembers everything about that night and that he did not black out when he was with Annika. However, when she leaves, he gets into the bathroom and there he encounters the imaginary version of his mother, to whom he admits that he was blurring in his head. The imaginary 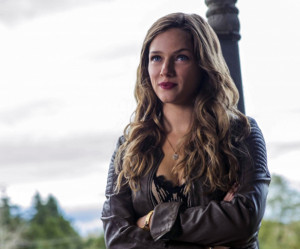 Norma advises Norman to get into the tub of water and try to recreate the feeling of being trapped in the box where he remembered about killing Ms. Watson, so that he can remember if he killed Annika too. Norma does as he is told, as if he is in a trans. He has a few flashbacks but before he stops breathing under water, Norma breaks open the door. So, cool! She pulls Norman out of the tub.

Norma tucks her son in bed and Norman says, “What if I did kill her mother?” Norma leaves the room and starts to cry, going all the way to the motel office. Just then, Annika comes back to the motel in a car, gets out and crashes to the ground. As it turns out, she has been shot and before passing, she hands Norma a flash drive, telling her that it was important and that she should use it for herself and Norman.