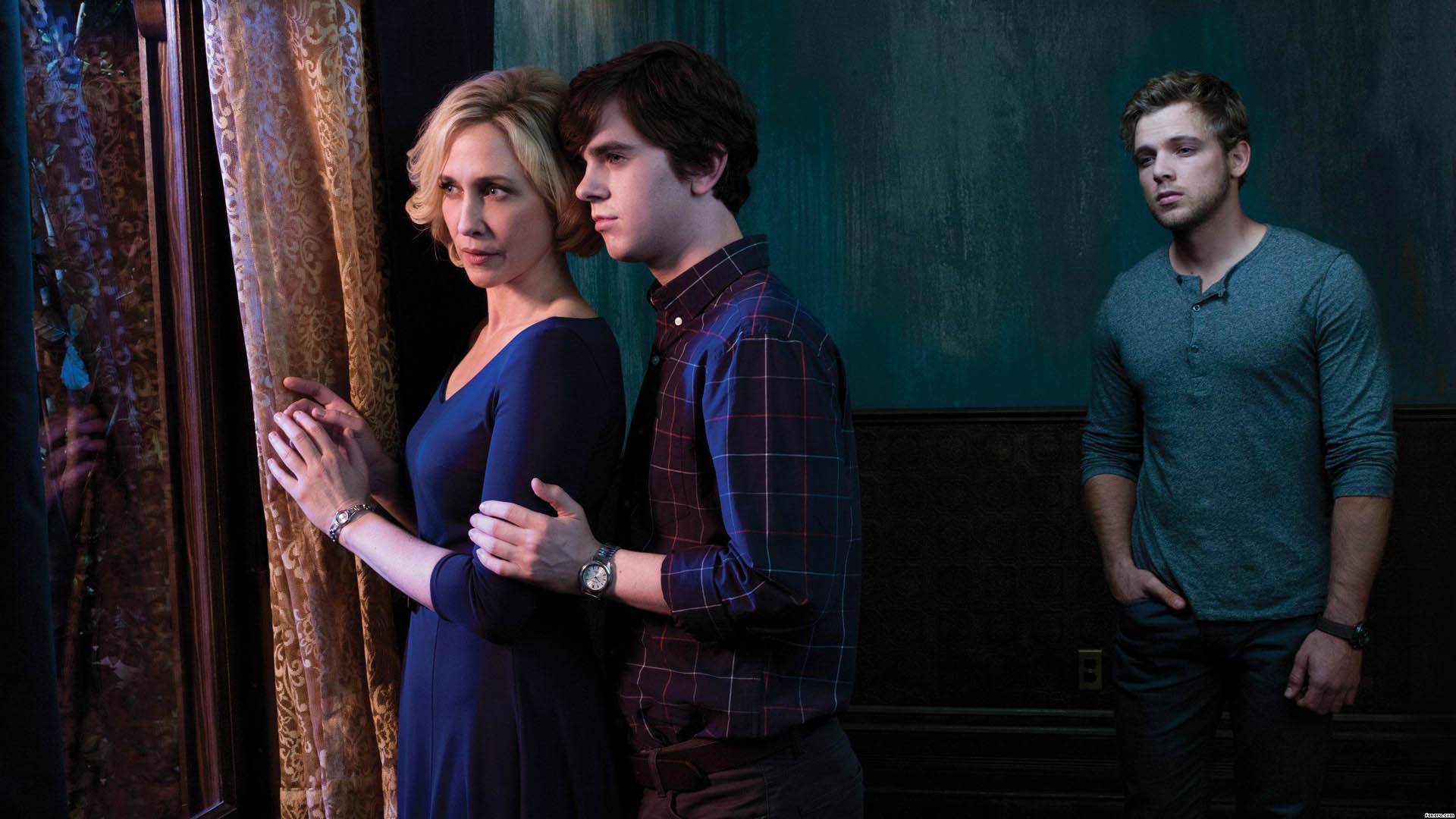 As we saw in the earlier episode, Norman loses his calm yet again, as Cody informs Emma about his little condition . Emma notifies Norma about Norman’s frequent blackouts, which causes him his license. Norman confronts Cody when their conversation is interrupted by Cody’s agitated father, who gets violent with his daughter, and in an attempt to save Cody, Norman pushes her father who rolls down the staircase, falling to his death. 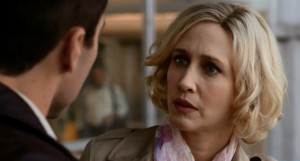 In this episode, Norma, still unaware of her son’s new crisis, is introduced to her new office. There is a ‘saw-a-ghost’ look on her face as she gazes into her cabin but before we can get a look inside, she is stolen away by Max Borowitz, a councilman, who initially has a friendly mask on but in no time he shoots Norma with the most uncomfortable question. “What’s weird is the way you ended up taking his (Lee Berman’s) place in the council. Seat opened up and you got it. How did you get it?” he asks, but before he gets to the actual agenda, Alex Romero breaks in taking Norma away, quite a busy bee isn’t she. Just when Norma is about to be a little relieved to be able to escape that chat, Romero tells her how Cody’s father died from Norman’s accidental interference. 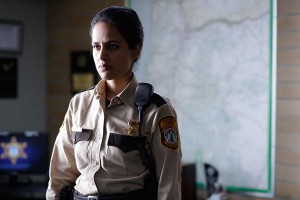 Back at the station, Emma comes to offer help but Norma sends her to the motel, telling her that she is needed there. Deputy Patty Lin, looking after the investigation, insists on getting Norman’s fingerprints, blood, and hair sample as evidence to the lab for being tested. Sheriff Romero feels that it is redundant but she seems to be feeling very strongly about this. 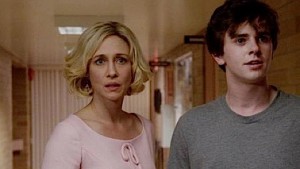 Norma finally gets to meet her son and she is, out of her mind, scared about Norman actually being accountable for the murder. As Romero takes Norman away for further interrogation, she seems extremely anxious and the Sheriff shows enough compassion towards Norma while trying to calm her down. Norman has his story straight and Alex Romero seems to be having no problem believing him, especially because his genuine concern for Cody is so evident. Apparently, Cody is going to be living with her aunt, her mother’s sister that is. 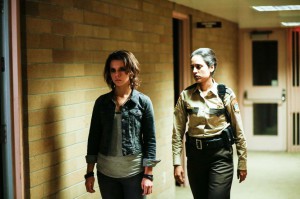 In the meantime, George comes to the station and meets Norma who gives a dramatic speech about how her son is free of any guilt, even before she has been asked. She takes it a step further by following Cody to the ladies room and tries to gently warn her to refrain from mentioning Norman’s blackouts. Cody realizes that it is a more crucial issue than she had anticipated and asks for more details which Norma is reluctant to give. Norma delivers another speech about how Norman never hurt anyone during any of his blackouts; however, she can hardly sound confident provided how Norman killed his father while he spaced out. Cody is then taken away by an officer.

Emma visits Dylan, trying to convince him to stand by his family through these rough times but a heart broken Dylan refuses to do so, mentioning that ‘they’ only care about each other.

George consoles Norma and just as she is embracing him out of gratitude, Norman and Romero enter, both of them disappointed. Norman then sees Cody in the hallway and makes an attempt to interact but she walks away, silently. Alex lets Norma and Norman go and Norma is more than relieved. Afterwards, Romero informs Norma that Jimmy Brennan’s death was officially ruled out as an accident. 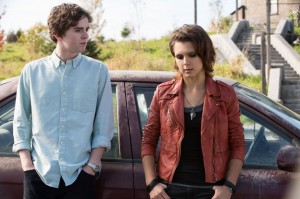 Back at their place, Norman accuses Norma of not believing in him about not being a murderer. Norma protests but it just gets Norman more peevish. Emma then encounters Norman, who seems to be satisfied with her belief in him and thanks her. Cody comes to say her goodbye to Norman and purges him of any guilt. Cody mentions that she does not want to keep any contact and kisses him goodbye but before they could part, she plants a seed of doubt in his mind by letting him know about how desperate Norma was to make Cody keep her mouth shut about the blackouts and mention that there is much more truth behind it than he is aware of.

Norman confronts his mother who gets defensive and admits that something does happen to Norman during his blackouts and just for his sake, she will not tell him what it was that scared her so much when it came to that alter-personality of his. 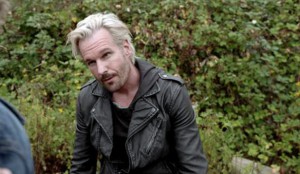 Remo asks Dylan to spare details about his night with the lady boss (apparently, it’s no big secret), which Dylan is far from doing, when Zane comes in with a new plan in motion. As Dylan is asked to look after the business, he interrogates Zane with zero response. They don’t know what Zane is getting at next but Remo knows he is upto no good. Later on, Zane takes Remo, Dylan and a couple more of his guys to Nick’s warehouse, assigning Dylan to destroy it. When he refuses, Zane hits him hard causing Dylan to immediately collapse on the ground and gives the task to Remo, who sees what might be coming his way is he declines and so he goes through with it.

By the end of the episode, Deputy Patty Lin calls Sheriff Romero to update him about her latest discovery. Apparently, they had finally found a match to the second semen sample found in Blaire Watson’s body. 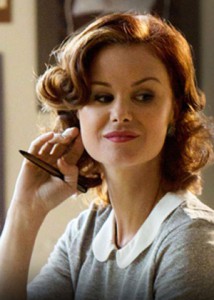 And no points for guessing, it was Norman’s. So, he slept with his teacher before, presumably, murdering her.

In the upcoming episode, we get to see more of Norman’s alter personality, telling his mother that he trusted her no more. “You are not who I thought you were. I don’t trust you anymore and that changes everything!” Norman exclaims. Is this the beginning of Norma’s demise? Now, to judge the facts, everyone Norman has hurt till now has been because of something wrong they had done. It was like he was punishing them for turning from a nice to a horrible person. He killed his father for being a monster to his mother, he attempted to hurt Caleb as he turned out to be an abusive incest instead of a loving elder brother, he possibly killed Blaire Watson for transforming from a sweet teacher into a slutty seductress and now since he no longer perceived his mother as he used to and as he lost his faith in her, is she next in line to fall victim to Norman’s alter personality? Let’s wait and watch.