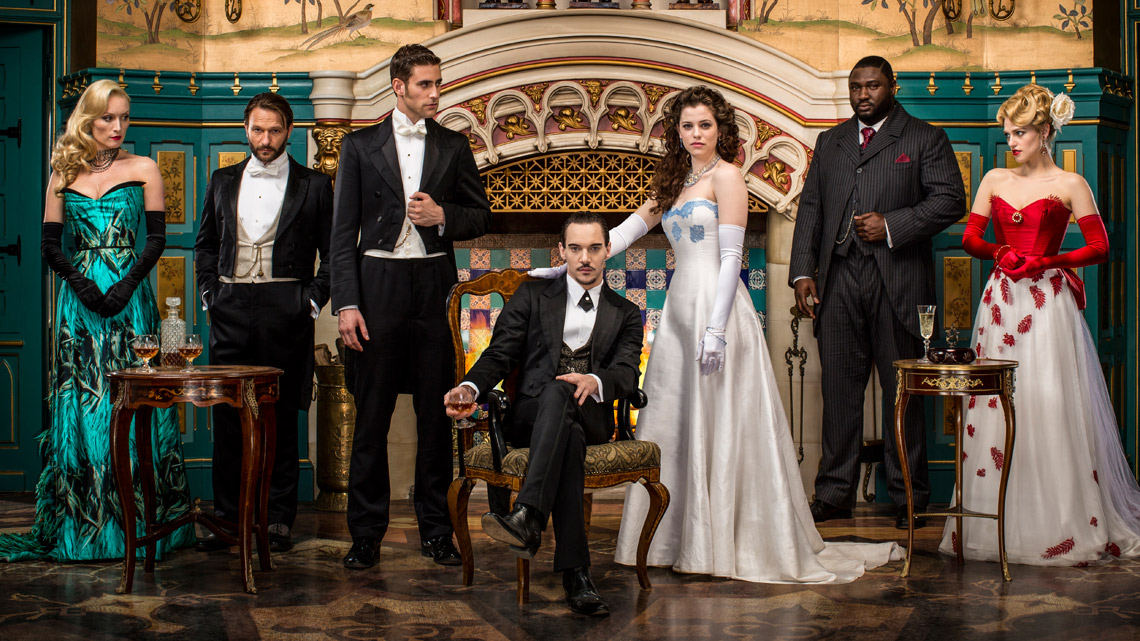 “From Darkness to Light”

In Episode 04 of this season, a lot is actually going on. Various events have helped us take a good look into the characteristics of Dracula. It even brought us, a tad bit, closer to the creature of the dark. One of the most interesting things in this episode were some of the quotable quotes used by the characters; catchy phrases are one was to make the story interesting. Spoiler Alert before I say any further.

In the beginning of this episode, we see a moving train filled with creepy crawly vampires. It looks as though they are about to 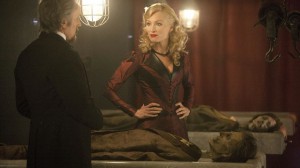 attack a passenger, who fortunately or unfortunately turns out to be Lady Jayne, deliberately sitting there, waiting to surprise attack! After, what looks like a quite interesting action sequence, Jayne manages to kill two out the three vampires and the last one somehow escapes. Jayne and Browning examine the dead vampires to conclude that none of the two were old enough to be the one they were looking for, the one who was powerful enough to retrace the late seers of Jayne. On the other hand, Grayson, who had previously assumed Jayne’s affiliation with the Ordo Draco, discusses with Renfield how Jayne was a huntswoman. Renfield is amazed to hear that Dracula wouldn’t kill her, rather he was about to take her trust from her and from what I can guess, use it against her at the moment when it will cause the greatest damage. Now the last episode’s event, when Dracula spares her life even after being immensely hurt by her action of keeping a vampire imprisoned, makes more sense to me.

Grayson is then visited by him old friend, the vampire who escaped from the train where Jayne was showing off her huntswoman skill. He is apparently named, Josef Cervenka whom Grayson addresses to as his “right-hand”. This new vampire turns out to be a rather aggressive, impulsive one. Even though Grayson seems quite happy by his visit and offers him to extend his stay for as long as he wants, Renfield doesn’t seem too approving of him. Josef, at one point, kills a kitchen maid, named Elsa, showing further barbarian characteristics and it makes no sense to Josef, whatsoever, why Grayson wouldn’t simply murder Lady Jayne and why Grayson has to attack the power sources of the Order of the Dragon instead of simply annihilating the Order. Josef seems more and more uncontrollable as time goes.

Grayson insists on Mina and Harker’s engagement party to be held in his place, the Carfax. Lucy seems too enthusiastic about the arrangements, much more than Mina. As for Harker, he’s busy getting his next assignment from Grayson which is to find out as much as he can about General Arthur Ogilvy, who is in charge of in the war against the Ottoman Empire. General Colin Shaw, his highest-ranked underling and main threat to restore the Order’s oil interests thanks to the upcoming war. Harker needs to find out his weaknesses but when actually on the mission, he surprising discovers that the man assumingly has no secrets. Harker later receives a note and meets up with one Peter Lang which leads him to some Vera Markham. 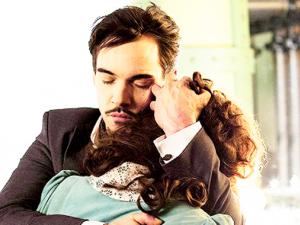 Josef sees Mina during her visit to Carfax and remembers Ilona in no time, however, Grayson later forbids him from mentioning their resemblance ever again. Mina wishes to see the resonator machine and is taken by Grayson but during the demonstration, the metal casing overheats and nearly explodes when Grayson quickly grabs Mina to protect her and while in his arms, Mina seems to have found peace. The connection between the two becomes quite evident at that moment.

Mina obviously finds this connection overwhelming and wants to avoid it, which is why she

mentions to Harker that Grayson is taking too much interest in their lives and that she doesn’t wish to get engaged at the Carfax. Harker then reveals to her that Grayson was the one to bring him to his senses when he and Mina had split up. This acts as some sort of consolation for Mina, who later decides to get her mind off of things by burying herself into work, as suggested by her lover. Mina is left alone by Van Helsing, when she starts wandering around his workplace and finds a sample of some cells. Mina states to Lucy with astonishment that the cells shouldn’t be living as they are over nine years old. Lucy gets all upset as she had been blabbering for a while about the engagement and Mina had paid no attention and because Mina is going to go far away from her when she gets married. Mina consoles a crying Lucy afterwards saying that they would always remain friends. 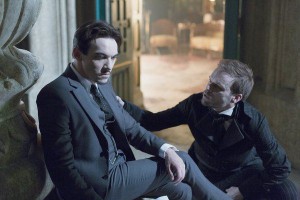 Grayson and Jayne have quite a number of issues in this episode, mostly pre-planned by Dracula. Firstly, Grayson makes Renfiled book the most visible table at an expensive restaurant and invites Lady Jayne there. After she arrives, he doesn’t show up and observes her miserable condition from a distance. Afterwards, he goes up to her and apologizes for not showing up, asking for a second opportunity by going out with him that night and tells her that something unavoidable came up. Jayne firstly seems reluctant but then makes a deal with him that if he fails to amuse her in this occasion then he will leave her alone for good. We would guess that Grayson would take her somewhere romantic but ends up taking her to female mud wrestling. This apparently, works as a huge turn on for the not so lady-like Lady Jayne. However, later in te episode, Jayne wishes to no longer continue he relationship with Grayson. To this Grayson says that she was taking the easy way out of this as she couldn’t get over his easily, which she could have if it were any other guy. After Grayson returns home, Josef gets very upset as he doesn’t want his 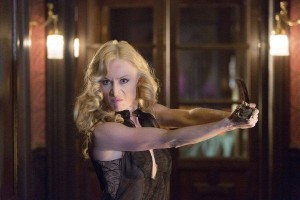 master sleeping with the enemy any longer. Josef asks for permission to kill the huntswoman and Grayson grants it with tears in his eyes. When Josef arrives at Jayne’s place, he sneaks up into the sleeping woman’s bedroom and just as he is about to attack, Grayson attacks him from behind. The two get into a fight and this wakes Jayne up who comes down and kills the impulsive vampire. Grayson pretends to be unconscious and when he wakes up in Jayne’s arms, she tells him that he had scared the man off. The two bond again and this time for quite a long time, or so it seems. Jayne and Browning find out that the deceased vampire was over a century old and matches the features of the one they had been hunting for. Grayson is upset over Josef’s death but he thinks that it was his masterstroke as by sacrificing his soldier he had diverted the Order’s attention from his and won Lady Jayne back. 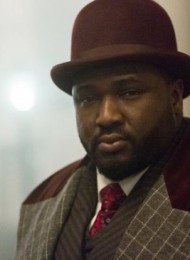 The previous episode ended with the death of Daniel Davenport and in this episode, Lord Davenport is seen guiltlessly lying about the cause of the death, saying that it was caused by a heart attack. Later in a meeting with Lady Jayne and Mr. Browning, Lord Davenport offered to look into Grayson. In the same meeting, Generals Shaw and Ogilvy show up. Then when Ogilvy shows disagreement to handing over control of the Persian oil fields to the Ordo Draco by March, he is brutally murdered then and there. This scares General Shaw, who accorgs with the terms of the Ordo Draco. Davenport soon hires a woman named, Ms. Kleiberson, and she is assigned to just one task. She has to find out the one thing that Alexander Grayson loves the most in this world and then obliterate it. By the end of the episode, Renfield is seen getting abducted, when he is at the Empire and Colonial to check into nickel-steel alloys for the metal casings, by a bunch of people and being put in a carriage where Davenport is already present.