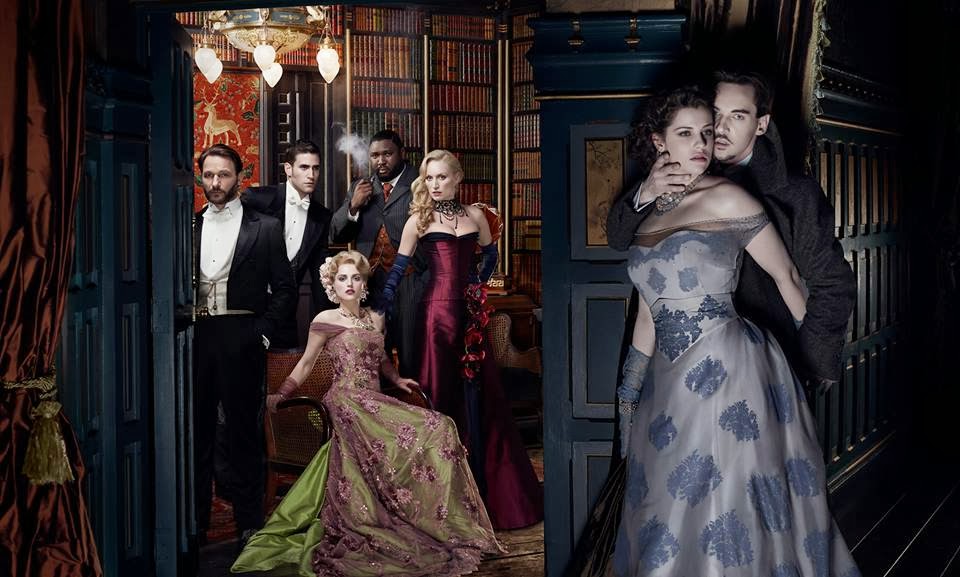 What I love the most about this series is that there is always so much going on one particular episode. There is so much to digest altogether that it’s ridiculous, in a good way of course! This episode is no exception and I’ll tell you why in no time.

In this episode the Order seems to be inching a little bit closer to Dracula. Jayne is convinced that there must be another older vampire walking the streets of London. The drawing in of numerous vampires, the ability to be untraceable and deaths all suggest that this creature far more ruthless than any which the Order has ever laid eyes on. And the confusion is further cleared when a vampire herself utters the words, “Vlad” as one of her last few words and Jayne realizes what she and the whole Order are up against. It isn’t just the creeping in of malevolent vampires but the one and only, the most treacherous of them all, it’s Dracula himself. When Jayne dictates the tale of the inception of Dracula, some of the Order members are skeptic but Browning backs up her story. He does believe the established fact of the existence of Dracula but merely not in their town. Browning seeks concrete proof of Dracula’s presence in London which Jayne is determined to bring. The lady huntsman is later seen tormenting two vampires with holy water in order to compel the status of Dracula out of them but all she gets is that Dracula has now bested the laws of nature by being able to walk in broad day light. This definitely helps the Order to reconsider Grayson as a potential suspect, in fact, the prime suspect. But whether Jayne will do the same or not, remains a mystery so far. 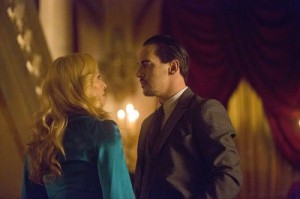 While Jayne is making it her mission to find Dracula, she is cutting off all ties with Grayson. Grayson comes to Jayne’s place, just like one of their regular meetings, you know how they go. But not this time! While Jayne admits that Grayson is her match, she isn’t too interested in handing her heart over to a man whose heart certainly belongs to another. Apparently, Jayne knows who Grayson has his heart and soul set aside for. Maybe Davenport should have simply asked Jayne instead of inhumanly getting Renfield tortured which eventually did him no good. Jayne sends Grayson back thus bringing their meaningless flings to a halt, for now. 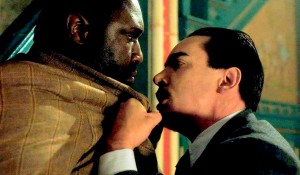 Mina’s father has seen Mina dancing with Grayson and it planted a seed of doubt in his mind, just as their dance earlier has done the same for Jayne. Jayne admits to feeling some kind of a magnetic attraction towards Grayson and her father seems to be completely supportive of whichever way her feelings led her. Later Harker came to Mina to give away selective information about Grayson. He stated that Grayson was the closest thing to evil he has seen. Even though Mina is warned by Harker, she goes to Carfax and pays Grayson a visit. They have a chat which leaves Grayson furious and he is determined to go on a killing mission when he gets stopped by Renfield. Renfield has only one thing to say about Mina, “forget her or take her” he quotes. 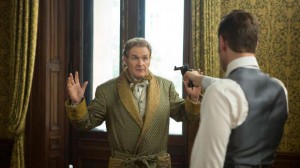 Mina lies on the hospital bed as Grayson inquires about her attackers. Mina describes Hachet’s birthmark and Harker immediately recognizes the man. But instead of asking anything at that moment, Harker walks out of the room. When Grayson inquires, he replies that he was heading towards the police as he had information on the attackers. Grayson tells him how that would never work as the police respect men like Davenport as one of the elites of the society and that no one would take actions against him taking Harker’s word for it. This does make enough sense to Harker to change his mind and instead of going to the cops he goes and confronts Davenport himself. Doing as described, Harker faces Davenport but with him, he has a gun that his friend got him for his safety. Davenport gives his best in trying to convince Harker that everything Grayson had been doing was to make Harker and Mina detach from one another. Harker gets defensive and when Davenport moves to show the painting to Harker, he assumes the worst and fires the gun. Davenport drops dead on the ground and Harker flees. 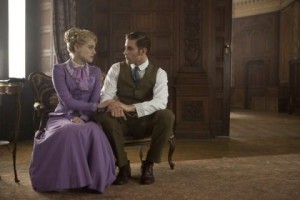 Lucy, as instructed by Jayne, was giving it her best to seduce Jonathan Harker and when her attempt seemed to reach its failure, she decided to play dirty, not that she wasn’t already. Lucy planted the seed of doubt about Mina and Grayson’s relationship in Harker’s mind. Jonathan also seemed to buy it as I’m sure he had that doubt developing somewhere in him already since the pair danced like no other in his engagement. Mina is disgusted when he confronts her but she does deny to having feelings for Grayson. But when he commits murder, it becomes too much for Jonathan to handle and he does the worst thing imaginable. He finds comfort in the arms of the woman who once used to be his fiancé’s best friend. 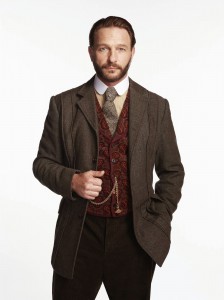 The resonator was seized which left Grayson, Van Helsing and Renfield worried as the execution of their plan was coming to an abrupt halt. But one of them has a plan of his own. When Renfield talks to Helsing about Browning and his involvement with the Order, Van Helsing denies to ever hearing of him. However, we all know what a plain lie that is. Not only is Helsing already aware of that information, Browning is the one he holds the most grudge against. So why the lie, you ask? Well, we learn of the reason soon later. He is taking measures on his own as he can see the other plan of his facing disruptions. Browning’s children suddenly disappear. Would you like to guess who’s behind the kidnapping? I have my guess. Quite obviously, Helsing is playing dirty and going by the rules of ‘an eye for an eye’ he’s being true to his own conscience. I know none of us would like to watch the children getting hurt in any way in between all this mess and disaster of a revenge game. But what will happen, remains to be seen. Until the next episode!