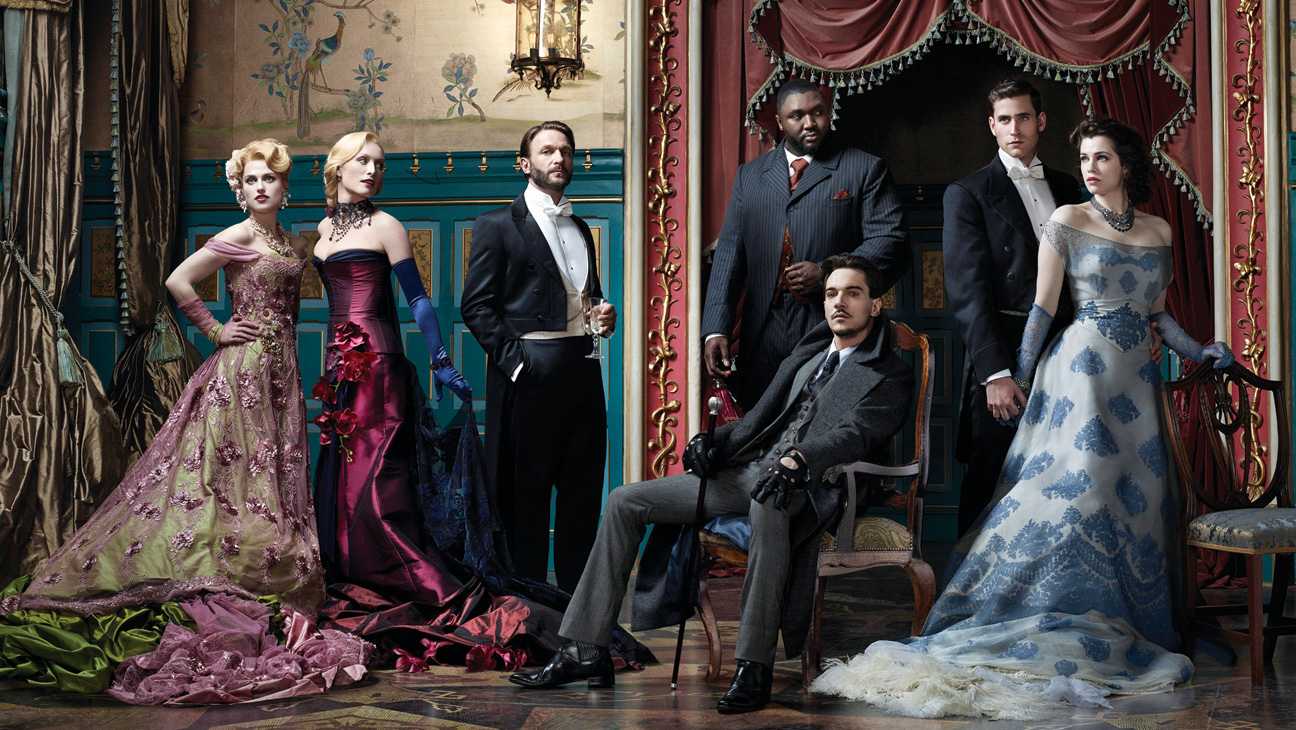 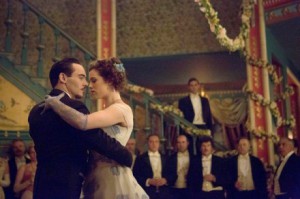 The episode begins with Mina dreaming, more like fantasizing about the devil, Alexander Grayson. In her dream, Grayson begins by telling her that it is a bad idea for her to be getting married to Harker and then when Alexander begins to leave, Mina stops him and the two start getting intimate. So, do vampires really know how to tamper with your dreams or was it just the nature running its course? Anyhow, the fantasy is broken as Lucy wakes up the sleeping beauty and tells Mina that they need to get started with the final preparations of the engagement party. Mina, still puzzled by her dream, is surprised that the wedding is still on. Later during the arrangements of the party, Mina and Jonathan have a quick clash about how he was cutting ties with his old friends who he assumed were not good enough for him just because he is moving up the ladder of social status. Jonathan seemed to have given it a good thought as later, at the actual party, his old friend from the paper was in fact invited.

Jonathan intends to tell Alexander how he had found out that General Shaw was taking bribes form an arms manufacturer, except Alexander doesn’t want to hear any of it. The problem on Dracula’s mind is Renfield. Alexander tells Harker that Renfield is missing and Jonathan is set off looking for him, bringing back Renfield’s diary. Grayson sniffs it like a dog and is determined to use it to trace Renfield once the sun goes down.

This restriction of the day is becoming a growing threat and a form of agitation for Dracula and now he is more desperate than ever to find a cure to his sunlight aversion. Thus Van Helsing now does his experiment on a guinea pig vampire. By defibrillation, they manage to get the vampire’s heart beating and ten injects his serum into the heart. As a result the vampire manages to endure the sunlight for just a while until she catches fire out of nowhere and soon goes up in flames. Both Helsing and Grayson are disappointed by this failed attempt.

During the episode Alexander Grayson can’t help but wait for the sun to go down until he go and help his dear friend out, so in the mean while he keeps thinking of Renfield every so often. In the meanwhile, a number of flashbacks helped us find out how the two first met. In was on a train when Alexander had gone to a wealthy man to get through with deal, which the man did not comply with and in fact was just about to try to hurt Alexander, when Renfield, then the wealthy man’s bartender, cautioned Alexander of their intentions. Immediately Renfield took an intense beating for his activity but not much later, Alexander put his Dracula moves and sends them all to rest in peace. Alexander brings Renfield home after that incident as his lawyer and trusting him with all his secrets since then. In the present day, Renfield is seen doing the same thing, getting tortured in order to protect Alexander. Renfield’s torturer keeps asking him, which is the one thing that Alexander Grayson loves? Renfiled is determined to die before he opens his mouth. To my relief, Alexander manages to arrive at the torture chamber before Renfield dies out of pain. Then Alexander, bringing out his inner animal, brutally murders all the people in the room, rescuing Renfield who seems to be enjoying the killings very much. Afterwards Alexander is seen taking care of the injured Renfield. 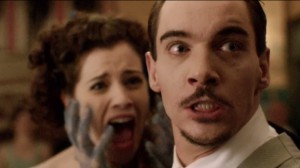 The engagement party begins on time but Alexander isn’t still at it as he is off saving the day. But not much later, he returns and joins the party after accomplishing mission-Renfield. Since it is an engagement party, Mina’s father first proposes a toast and then Jonathan Harker goes up to say a few words when he praises Mina and then expresses his gratitude towards Alexander. As merely a token of his gratefulness, Harker gives Alexander the one thing he considers most precious, the privilege having the first dance with Mina. While the two sweep across the floor, darkness falls upon the faces of Harker, Jayne and Lucy, each of them taken aback by jealousy as Mina and Dracula looked as though they were more than in love, as though they are meant to be and as though they were inseparable. At one point, Harker interrupts the couple and Dracula, with his bare hands, slits Harker’s throat, however, this turns out to be a mere delusion of Alexander. Harker is absolutely in one piece and “cuts” in for a dance with his fiancé. 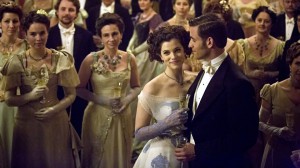