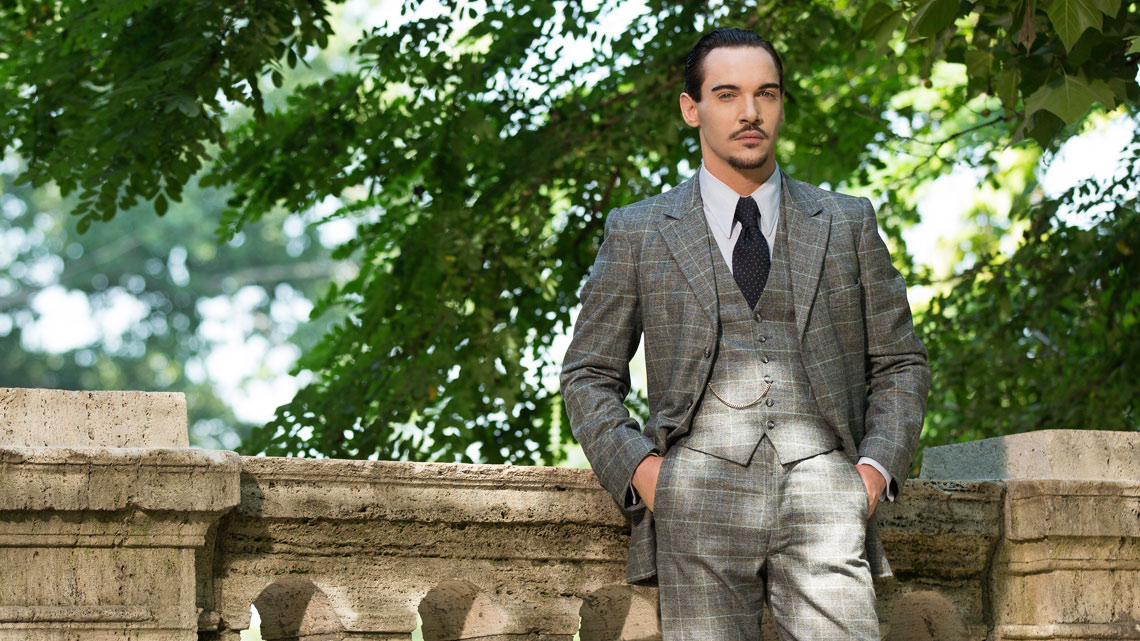 So, Dracula is back after quite some time. We have been waited long enough to expect something exceptionally good in this particular episode. Will we be satisfied? Well, let’s find out. Beware, Spoilers ahead! 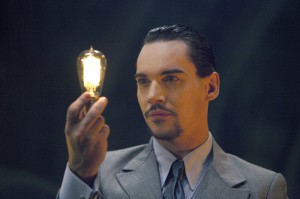 Good Turned Evil? : We had seen in the last episode, Harker learns that he had been deceived by someone. In this episode, Harker realizes, after quite some time of course, who that someone is. In fact, he is seated right in front of Grayson when the thought hits his mind that the one who would benefit the most from ruining the reputation of General Shaw was none other than Alexander Grayson. Grayson reminded him, how he had asked Harker to drop the story and then only he realizes how excruciatingly evil Grayson had been to make believe that he had to right thing even if it meant dis regarding his employer’s orders. He realized that he had been thoroughly manipulated and got up to leave, threatening to expose Grayson. Grayson, being Grayson, pointed out how his name would never appear in the conspiracy against General Shaw as Harker had been the one to get the news published which destroyed the man’s status for good. Harker realizes that it will bring him no good by going on a war against Grayson with nothing to go on and decides to assist him in his next mission of having a demonstration of his resonator.

After getting the invitation leaflet for the resonator’s demonstration, the Ordo Draco decides to bring Harker in. Soon later, Harker is brought forth the Order but none of the members revealed their identities expect Mr. Browning. Harker is asked whether he is such a man who would sacrifice his life to serve God’s work and Harker wittily replies, “In the face of a threat? Yes. Without hesitation.” The Order feeds into Harker’s head that Grayson’s technology is a dead end and how he means to feeds only his pocket and this would bring misfortune to the order and the people of London. Browning gets Harker agree on helping him and together they sabotage Grayson’s demonstration instead of which Browning promised Harker power and connections for Mina’s his brighter future. Grayson eventually breaks his fast by the end of the episode and drinks the officer dry who put a stop to the resonator’s demonstration. 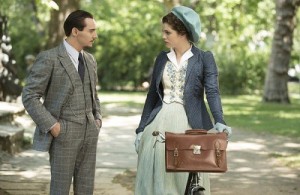 Love Actually: More work is being done on the electricity generator, now that the nickel steel alloy crisis is solved. Meanwhile, Dracula goes on a no-blood-diet which will help him regain some of his humanity. As Van Helsing’s experiments continue, there is some advancement as currently it allows Dracula to walk around in the sunlight for 4 hours straight. During this time, he meets Mina, obviously. Mina is troubled by the idea that the tedium of her father’s patients is a factor which obstructs their recovery. Grayson readily suggests that they should dance which will make them much more energetic. Mina actually likes the idea and ends up arranging a dance at the hospital. Grayson arranges live music for the dance and pays a surprise appearance there too. Mina gets a reckless urge to dance with Dracula while she thinks no one is watching, even though, after a while her father witnesses them dancing around. Dracula, already feeling wrecked from his extreme diet, feels the strongest of blood thirst as the two come dangerously close to kissing. Luckily, before Grayson can do anything stupid, the cross that Jonathan had put around Mina’s neck, repulsed him and he took off, apologizing.

Lucy visits Jayne again after her temporary failure to win the love of her life. Jayne again ends up giving the desperate girl bad advice. This time the plan is to seduce Jonathan Harker. Honestly, Lucy needs something to keep her busy. You know what they say about an idle brain! So, anyhow, if Lucy can get Harker to get involved with herself then that will make Mina despise him. But them she’ll hate Lucy too. So, what good is this exactly going to do anybody?

Grayson sends Renfield to Budapest to attend an auction. Renfield is expected to bid on a painting which apparently means a lot to Grayson and you can tell that it, without a doubt, has something to do with Mina/Ilona. Renfield wins the auction but sadly the painting is not brought home, rather it gets in the wrong hands. Turns out, a woman pretending to be Renfield’s house keeper in the hotel, stole the painting and gave it to Lord Davenport. It was actually a beautiful painting of Ilona and Davenport gets his answer to who Grayson loves the most. 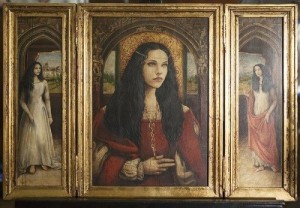