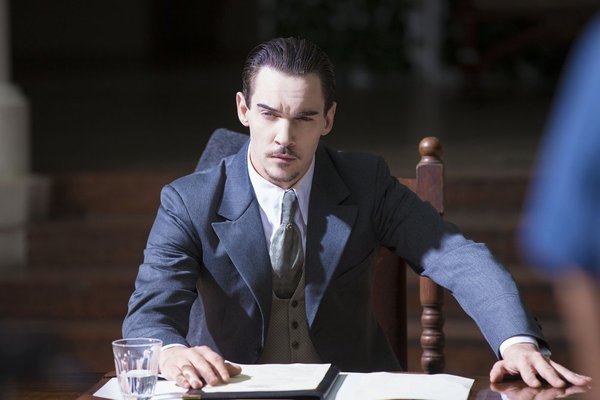 “Of Monsters and Men”

Have you ever wanted something for so long and so deeply that you started feeling as if you already got it? I read a documentary and read certain books which said that when your heart desires something too strongly, the thing itself gets drawn towards you. There is, apparently, a law of attraction working in your favor. But of course, it does not work as easily as you might think. You have to work hard for it. You need to never let go of your dreams and desires and in spite of all the obstacles that you might face (and take it from me, you definitely will face quite a number of them), you need to believe from inside that you will ultimately succeed. Now I believe this was something worth sharing with anyone and everyone but you still might be wondering why I am writing all this. Well, that is because in this episode you will find Dracula getting closer to what has been his dream not for days or months but for centuries! And then it is taken away. Wonder how that feels? Well, frankly, we don’t want to know. Rather let’s dive into the episode without further ado. P.S. Spoiler Alert! 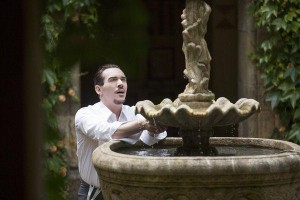 This episode doesn’t begin with a flashback, like most others; rather, it begins with a dream of the inner most desire of Dracula. In the dream, Grayson is seen walking around while the morning’s sunlight touches his skin. And this episode is, in fact, largely based on that. Lady Jayne and Mr. Browning are seen talking, firstly about how General Shaw is not of any use to them anymore as an article spoke of the General accepting bribe from arms manufacturers (courtesy of Jonathan Harker) and secondly, about the likelihood of Grayson’s involvement with the matter. Browning is far too certain and wishes to reveal Grayson’s little secret of being a vampire, as he suspects. As Jayne tries to protest, Browning assures her that she will too fall under chastisement of the Order once they had Grayson caught as the culprit. Thus, a meeting is arranged for all the shareholders of the British Imperial Coolant and as the majority shareholder and chairman, Alexander Grayson is obligated to attend the meeting. Afterwards, Mina goes to Van Helsing after an experiment that she conducted by injecting the blood sample she found to a rat which actually brought it to life. Van answered that those were cells of some kind of a parasite and in the meantime picked up a hammer to abolish her existence. But before he could do anything, Mina explains that her mother died out of cancer and that she would like to cure death. Helsing being able to relate to the story, feels some sort of sympathy for Mina and lets her live. Harker and Grayson, on the other hand, are seen talking about the only manufacturer of metal steel alloy, some “blue-blood”. The nickel steel alloy is what Grayson needs to solve the problem of the casing of the furnace. So, Grayson goes off to play a little game of poker with the Boston blue-blood and walks away winning his entire fortune. Davenport, being overly obsessed to bring down Grayson after losing his son, figures out that Harker had his hands behind the publication of the article about General Shaw. Quite frankly, the ex-journalist having something to do with an action which sabotages the official status of his current employer, Grayson’s business rival, is quite simple to put your finger on. However, in Harker’s opinion, no one should have been able to trace this back to Grayson. Davenport’s next move might bring an interesting twist in the relationship between Grayson and Harker. Davenport gives Harker a single ticket to a theatre performance. As Harker begins to watch the show, he finds no purpose for it and starts losing all interest, that is exactly when, a woman makes an appearance, the same woman who claimed to be Vera, General Shaw’s bookkeeper. Harker thus learns that the woman had deceived him and she was actually an actress. Now, we only have to wait and watch whether Harker can immediately figure out who had a hand behind this set up or not. 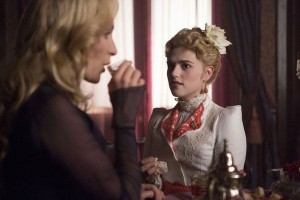 On another scene, Grayson enters a restaurant with Lady Jayne where, on another table, Harker, Mina and the lovely Lucy are already seated. At the view of Mina getting wooed by card tricks, Grayson dashes over to her and Harker and Lucy are not too pleased by the man’s visit. But Grayson’s intention was not to intervene, not this time at least. Grayson quickly does some card tricks, leaving the happy couple alone and makes arrangements to pay for their restaurant charges. Meanwhile, Lucy had a quick encounter with Jayne when she gets invited to tea at Jayne’s place. Jayne drops a hint that she has figured out Lucy’s feelings towards Mina. Lucy still decides to go over for tea. During her visit, Jayne more or less convinces her that her affections towards Mina were quite natural and that Mina too it likely to feels the same way. This gives Lucy courage to face confrontation with Mina after so long and finally does reveal her intentions. Mina, understandably, freaks and throws Lucy out of the house. 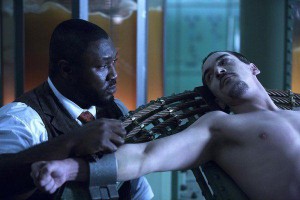 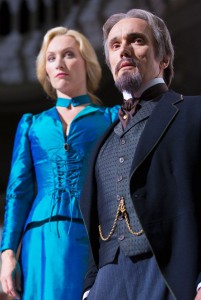 Van Helsing is seen trying out his experiment, this time on Dracula himself. Renfield seems scared for his master. And if you are wondering, Renfield is actually doing much better now even after going through extreme torture in the last episode. So, after Helsing is through with his tests, Dracula sets off to the meeting. He tries his best to keep it as short as possible and tries to storm off when Davenport stops him from behind which allows Dracula to undergo an extra couple of seconds of fear and allows our anxiety levels to rise a little higher. Even though Dracula gets away before anyone as a hint of his sunlight aversion, the after effect of this little testing phase was quite terribly horrific. Dracula burns vividly screams in agony inside his carriage. He then goes to the theatre where Vera works, with a charred face and drinks the poor woman dry, while, simultaneously, he heals.