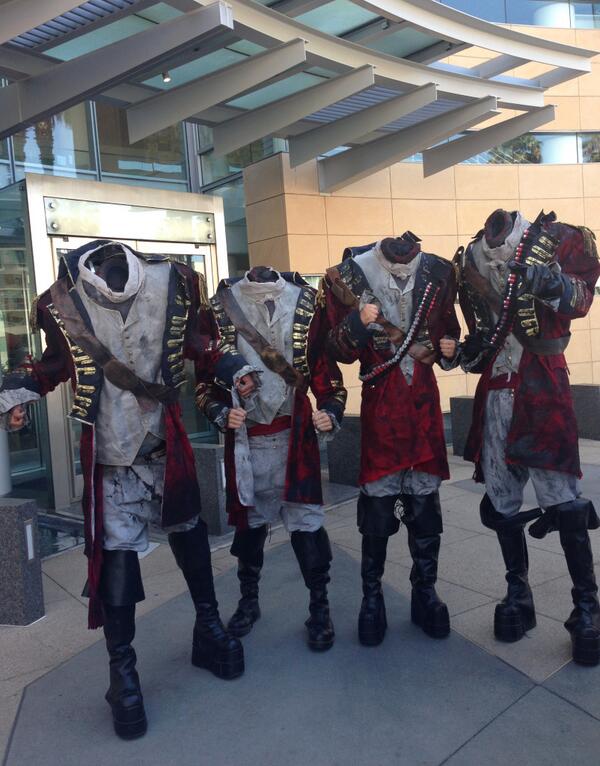 Oh what you won’t do to grab the spotlight when the Emmy’s seems staring right at you. Deriving from the conventional, Sleepy Hollow dares turn head by sending headless horsemen around Los Angeles press stalls and hosts its academy screening in a mausoleum. You heard that right, with the casts minus the horses; you would almost feel like you’re on set.

Fox’s chosen venue for the screening of the series Sleepy Hollow is The Hollywood Forever Cemetery mausoleum on June 2. This is where stars Tom Mison and Nicole Beharie and executive producers Roberto Orci, Len Wiseman, Mark Goffman and Heather Kadin will show off the supernatural drama as well as footage from the upcoming sophomore run to members of the TV Academy, WGA and DGA. It will put off an aggressive day of campaigning for the series by sending reps dressed as the headless horseman to different press outlets throughout Los Angeles on Monday.

When asked why they have thought of the gig, “The Sleepy Hollow finale aired in January, so unfortunately we don’t have the advantage of being on the air and being top-of-mind right now like many of the other shows,” Fox Broadcasting executive VP marketing and communications Shannon Ryan tells The Hollywood Reporter. “And we know we are underdogs in this very competitive category, so we came up with a few initiatives to help create a little extra noise and to hopefully remind voters about what an incredible, fantastic show Sleepy is.” What a fanciful way of showcasing that intent.

Fox’s Emmy play, which also includes a major voting period cover of Emmy magazine for stars Beharie and Mison, also places a big emphasis on the creative arts race. Provided Sleepy scores any point on July 10, the series’ costume designers will get extra exposure in the eighth annual Outstanding Art of Television Costume Design exhibit. A total of nine looks from Sleepy’s first season will be on display July 22 through Sept. 20 at the FIDM Museum.

“We all feel this team deserves to get some credit for putting up a wonderful mini-movie every week,” adds Ryan. “The production values were top-notch, the writing was inspired, the direction was incredible and the performances by Tom and Nicole were truly some of the best of the season.”

Certainly it will take more than headless horsemen to parade on the Emmy’s, I should say, if that’s the entrance, it’s pretty dramatic.