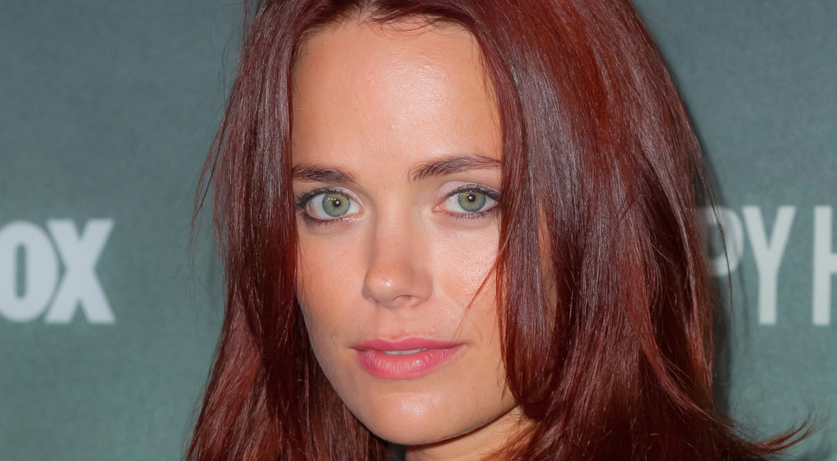 “I read the first episode and I thought… Oh God, either this is going to be really good or really s**t!”

Sleepy Hollow star Katia Winter energetically recalls her first time reading the pilot script. “It was so bonkers and so crazy!” she says. “I thought, ‘I’m just going to see what happens’, and after watching the pilot, I thought, ‘OK, anything is possible!’ Since then, they’ve taken it a lot further and it’s never disappointed me.”

After the strong pilot, which pulled in 10 million viewers, and the fantastic finale, there is no denying that the Fox supernatural drama is a big hit. It was the very first show to be confirmed for a 2nd season, which will have another 13 episode run starting in October, a month earlier compared to its season 1 premiere.

“It was kind of shocking actually,” says Winter – the actor playing Katrina, Ichabod Crane’s wife who has been trapped in purgatory but eventually escaped in the finale. “I was amazed and pleasantly surprised that it did so well across the board.”

For the majority of the show, Katrina was trapped in purgatory. She was often seen appearing in visions and dreams to aid her husband or give explanations to some monsters that Crane will encounter.

Although she was only seen in visions and dreams, her presence in the show was enough to give a sense of loneliness that adds to her and Tom Mison’s character.

She’s mostly seen on-screen with Crane but she says she’s excited to act together with the show’s other stars such as Nicole Beharie, Orlando Jones, to name a few. When asked about her on-screen husband Ms. Winter said “He is a little bit like Ichabod actually – he’s funny and he’s very polite and very quirky!” she says. “It’s like the part was written for him, because it’s just perfect casting.”

In the finale, we saw her escaping from purgatory and coming to the real world, will it mean that she will have more screen time on the 2nd season? “There’s definitely going to be a lot more of Katrina in season two!” she hints.

Comparing Katrina and Abbie, the latter seems to be the fan favorite when it comes to who’s the best partner for Ichabod Crane, and the actress Katia Winter is aware of it. “They have such great chemistry so I get why people are rooting for that,” Winter submits. “But there’s not that much time for romance – there’s a war coming to Sleepy Hollow!”

She also had something to say to the shorter season orders that Fox has adopted for Sleepy Hollow: “I think that it’s a better way of doing TV – a lot of great shows only have 10 to 13 episodes and I think Fox is really changing things up,” Winter says of the show’s shorter seasons. “There’s so many great cable shows that are doing so well [and] I think network TV is catching up on that. It’s obviously working – at least for us!”

And lastly, Winter said something about the crew behind the hit show that we can be excited about: “They’re not afraid of taking it further or taking risks, that’s for sure! I’ve heard what’s coming up… and it’s so good!”