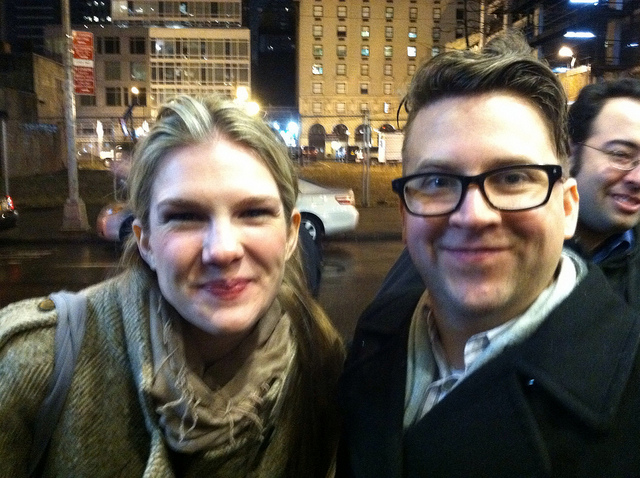 Lily Rabe is an American born actress well known for playing Portia in the Shakespeare in the Park production of William Shakespeare’s The Merchant of Venice, and in her roles in the first three seasons of the FX compilation series American Horror Story.

How Does She Keep up with her Hectic  Schedule?

She juggles between her shoot for American Horror Story in Los Angeles and back to New York for her night performances. During her last Broadway appearance, in Theresa Rebeck’s Seminar, she used to leave New York after her Sunday matinees to shoot the TV series.

She said, “It was kind of exhausting. But the funny thing is, because I was landing to go to work, I never felt that tired.” She loves what she does and she never complains.  “I took so much energy from doing work that I love; I felt like, I’m lucky to play both these women at the same time. And, you know, I’ll sleep later”, she added.

Rabe, the daughter of playwright David Rabe and the late actress Jill Clayburgh, debuted as Portia in The Merchant of Venice opposite Al Pacino in a production that later shifted to Broadway and earned her a Tony Award nomination. According to Rabe, the character Portia, is one of the great female roles, and the performance with Al Pacino’s Shylock was described as a smashing break-out. “Shakespeare writes incredibly powerful complicated women, the most incredible human beings in the history of time,” Rabe says.

Her Comparison on Characters in Broadway and TV Series

She played Nora Montgomery on the first season of the FX show American Horror Story, Murder House, followed by Sister Mary Eunice McKee on the second season, Asylum, and most recently, Misty Day on the third season, Coven.

She compares the experience of taking on a new character each season with being a part of a holistic cast. She learns a lot from co actor Jessica Lange and TV guru Ryan Murphy. Although the language and tone of the show are different from the summer Shakespeare, she feels that her approach as an actor is the same.

“It doesn’t feel like now I put on my Shakespeare suit and now my ‘Horror’ suit,” she says. “It feels like, How am I going to play this character whether it’s New Orleans in a convent or Shakespeare in Central Park.” Hoes does she feel about playing Beatrice? The actress said, “Some parts magically find you at a very specific part in life.”  “Five years ago I couldn’t have played Beatrice. Now I certainly feel like there’s no one in the world I want to spend time with more.”

What to Look Out For

She hopes to add broad bawdy comedy to her diverse output at some point, but for now, she’s delighting in the romance of Beatrice and Benedick. She returns to the small screen soon where she plays an FBI agent in “The Whispers,” a new show for ABC directed by Steven Spielberg based on a Ray Bradbury story.